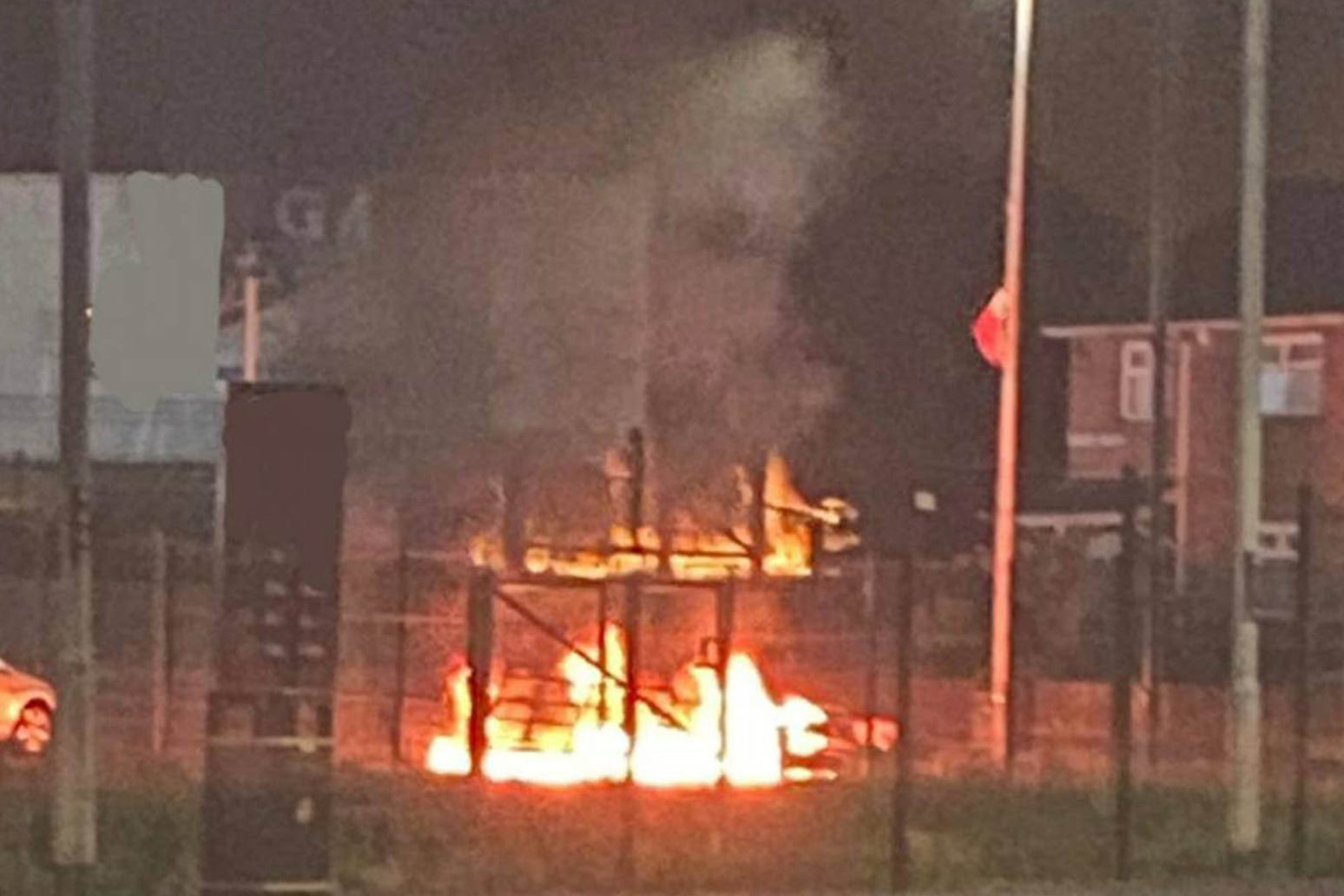 The events have been criticised by local Police and politicians

A gang of up to 30 people, including masked men, threw masonry and petrol bombs during a night of disorder in Co Tyrone.

Police are investigating a number of incidents which happened in Dungannon on Saturday night.

From around 10.40pm to around 2.30am, a number of reports were made about incidents in the Ballygawley Road area.

It is believed approximately 20 to 30 people, including a number of masked individuals, were involved.

Two police vehicles were damaged after a petrol bomb and other missiles were thrown.

In one of the incidents reported, a petrol bomb was also thrown at a car being driven by a member of the public.

Police say furniture was also set on fire on a street to block passing traffic.