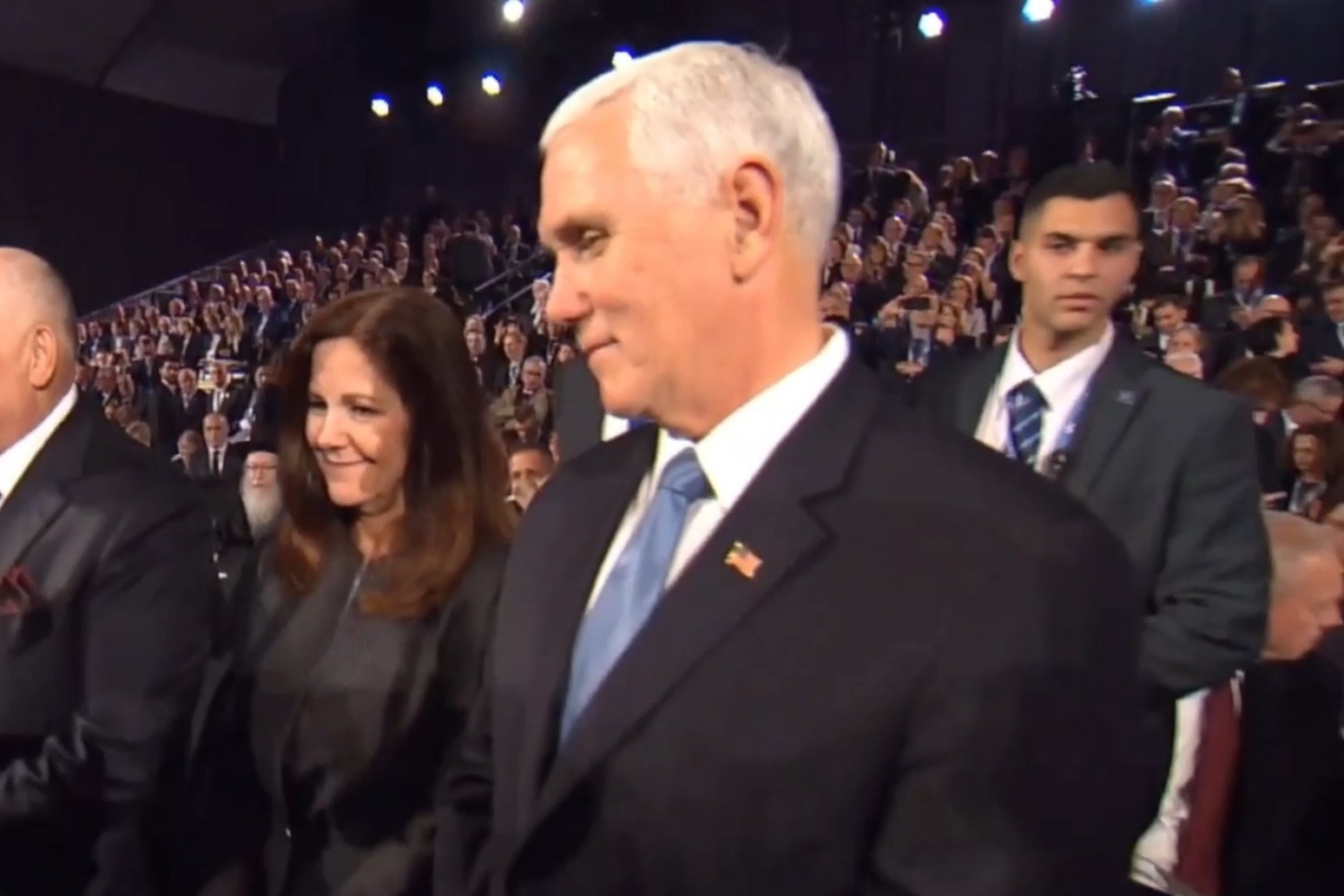 New evidence also detailed how the mob that stormed the Capitol in Washington DC that day came within 40 feet of where Mr Pence and his team were sheltering, highlighting the danger Mr Trump had put him in.

With live testimony, including from Mr Pence’s counsel, and other evidence from its year-long investigation, the panel is dissecting as unlawful and unconstitutional the plan from conservative lawyer John Eastman to reverse Joe Biden’s election victory.

The pressure Mr Trump put on Mr Pence, including at a January 6 rally, led directly to the insurrection at the Capitol, the panel said.

“Are you out of your effing mind?” said Eric Herschmann, a lawyer advising Mr Trump, told Mr Eastman in recorded testimony shown at the hearing.

“You’re going to turn around and tell 78-plus million people in this country that your theory is this is how you’re going to invalidate their votes?” Mr Herschmann said.

He warned: “You’re going to cause riots in the streets.”

A text message from Fox News’ Sean Hannity to Mr Trump’s chief of staff Mark Meadows about the plan in the run-up to January 6 read: “I’m very worried about the next 48 hours.”

The panel opened its third hearing this month demonstrating that Mr Trump’s false claims of a fraudulent election left him grasping for alternatives as courts turned back dozens of lawsuits challenging the vote.

Mr Trump latched onto Mr Eastman’s highly unusual plan to defy historical precedent of the Electoral Count Act, and started pressuring Mr Pence in public and private as the vice president was to preside over the January 6 joint session of Congress to certify Mr Biden’s election.

The committee has said the plan was illegal, and a federal judge has said it is “more likely than not” Mr Trump committed crimes in his attempt to stop the certification

Panel Chairman Bennie Thompson opened the latest hearing citing Mr Pence’s own words that there was “almost no idea more un-American” than the one he was being asked to perform — reject the vote.

The committee portrayed the gripping, if complicated, final days before the deadly insurrection as the defeated Trump pursued the theory that Mr Pence could swing the election, putting his own vice president in danger as the mob headed toward the Capitol.

Thursday’s session also presented new evidence about the danger Mr Pence faced as rioters outside the Capitol were chanting “Hang Mike Pence” with a makeshift gallows as the vice president fled with senators into hiding.

Video was shown of the rioters spewing vulgarities about Mr Pence as they headed toward the Capitol. Nine people died in the insurrection and its aftermath.

Ahead of the hearing, Mr Pence’s former chief of staff, Marc Short, said his boss was determined to stay at the Capitol that night and finish the job, despite the threats.

“He knew his job was to stay at his post,” Mr Short said on CNN on Wednesday.

Mr Short said Mr Pence did not want the world seeing the vice president leaving the Capitol when “a hallmark of democracy” was under siege.