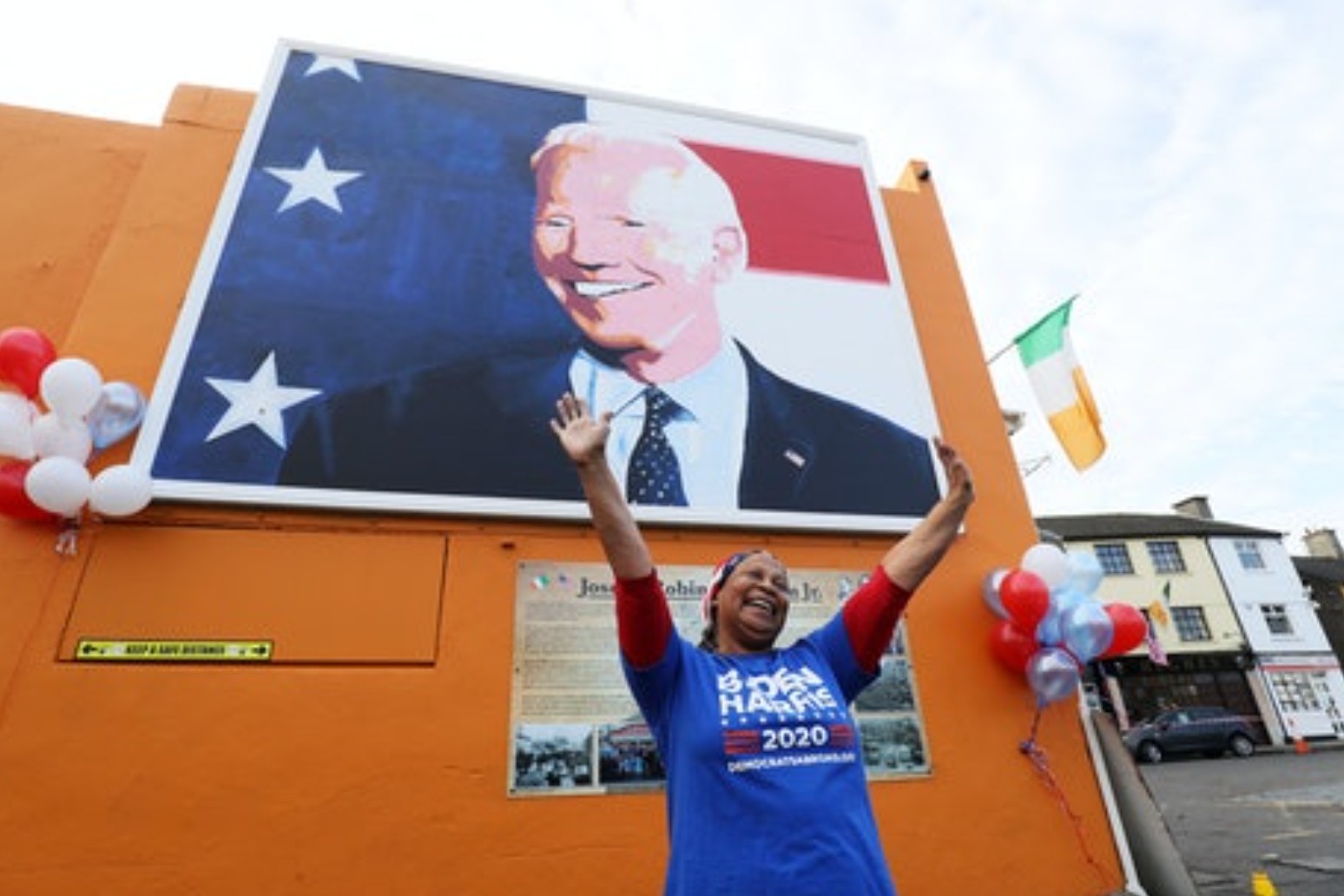 Boris Johnson sought to allay Joe Biden’s concerns that Brexit could damage the Northern Ireland peace process during their first call since the US president-elect triumphed over Donald Trump, according to a No 10 source.

The Prime Minister was among the first world leaders to secure a call with the Democrat since his victory in the November 3 election, which the Republican incumbent is controversially continuing to contest.

The former vice president’s warnings over Brexit have prompted concerns that Mr Johnson may have a strained relationship with the man who will take over the White House in January.

But they are understood to have spoken for around 25 minutes from 4pm on Tuesday in a wide-ranging conversation on trade, Nato and democracy, ahead of Mr Biden speaking to Ireland’s Taoiseach Micheal Martin.

Mr Biden’s transition team said he thanked the Prime Minister for his congratulations and expressed his desire to “strengthen the special relationship” and “reaffirmed his support for the Good Friday Agreement”.

Downing Street said Mr Johnson “warmly congratulated” Mr Biden on his victory, which Mr Trump is contesting with baseless allegations of electoral fraud, but the official account did not specifically mention Brexit.

However, a No 10 source said: “They talked about the importance of implementing Brexit in such a way that upholds the Good Friday Agreement, and the PM assured the president-elect that would be the case.”

A swift call with the incoming president is highly-coveted but it will be particularly welcomed by Mr Johnson amid concerns the pair could face diplomatic difficulties.

The pair have never met before, but Mr Biden has likened the Prime Minister to a “physical and emotional clone” of Mr Trump.

And, unlike Mr Trump, his successor is not a natural ally of Brexit.

Mr Biden has warned that a trade deal with the US is “contingent” on there being no return to a hard border on the island of Ireland amid unease over the Prime Minister’s controversial Brexit legislation.

The Democrat also warned that the peace process must not “become a casualty of Brexit” in a warning over the controversial UK Internal Market Bill.

In other controversies, allies of Mr Biden, who was Barack Obama’s vice-president, have not forgiven Mr Johnson for highlighting the first African American president’s “part-Kenyan” heritage, claiming it had given him an “ancestral dislike of the British empire”.

The call with Mr Johnson also came after it emerged his earlier tweet congratulating Mr Biden had the word “Trump” faintly concealed in it.

Downing Street said a “technical error” meant parts of an alternative congratulatory statement for the Republican were overlaid on the final graphic.

Later in the day, the Taoiseach said he too held a “warm and engaging call” with Mr Biden, who speaks proudly of his Irish heritage.

Mr Martin said that the president-elect “underlined his commitment” to the Good Friday Agreement.

Mr Biden later told reporters in his hometown of Wilmington, Delaware, that his message to world leaders was “America is back in the game” and described the phone calls as “fulsome and energetic”.

Downing Street’s account also said the Prime Minister discussed trade with the Mr Biden, as he seeks to negotiate a post-Brexit deal with Washington.

No 10 said the pair discussed Nato, which Mr Trump routinely railed against during his single term as president, which continues into January.

No 10 also said the recovery from the coronavirus pandemic was another topic of discussion, with both men using the “build back better” slogan, and that Mr Johnson invited Mr Biden to the United Nations climate crisis summit being hosted by the UK in Glasgow in November next year.

In a tweet, the Prime Minister added: “I look forward to strengthening the partnership between our countries and to working with him on our shared priorities – from tackling climate change, to promoting democracy and building back better from the pandemic.”

The Prime Minister was also said to have sent his congratulations to Kamala Harris, who made history in becoming the first woman of colour to be elected vice-president.

Mr Biden had a series of calls with European leaders on Tuesday, also speaking to German chancellor Angela Merkel and French president Emmanuel Macron. The order of the calls was not clear.

Canadian prime minister Justin Trudeau said he spoke to Mr Biden on Monday, in what was reported to be his first call with a world leader since his election.