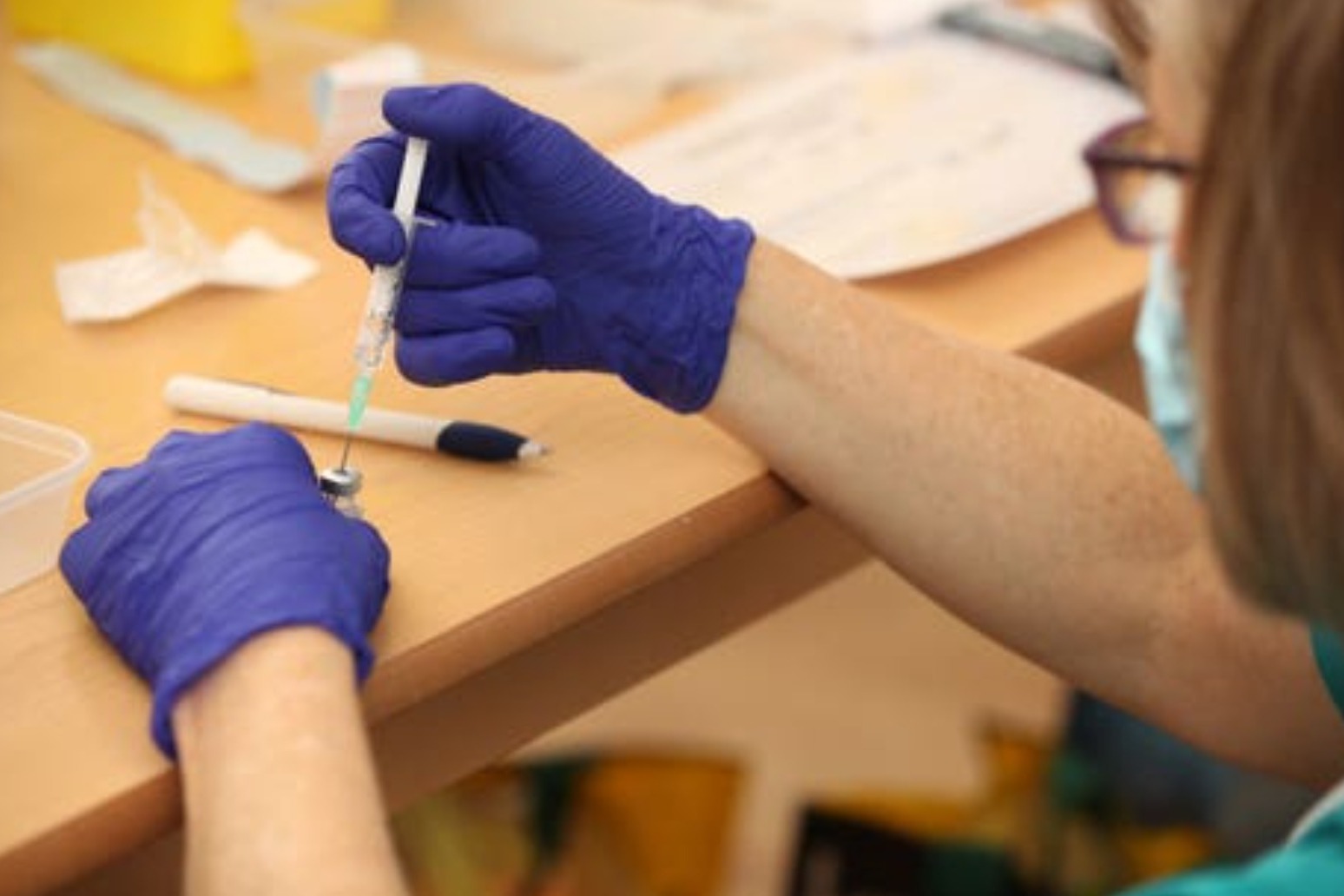 Boris Johnson marked a “crucial milestone” in the fight against coronavirus as official figures are expected to confirm all older residents in England’s care homes have been offered a vaccine. The Prime Minister said the rollout “will only accelerate from here on”, after the daily number of jabs administered in the UK exceeded 500,000 for the first time.

NHS England said figures are expected to show on Monday that people living at more than 10,000 care homes with older residents had been offered their first vaccine doses, meeting the deadline set by the Government.

A “small remainder” were said to have had their visits deferred for safety reasons during a local outbreak but these will be visited “as soon as NHS staff are allowed to do so”.

Mr Johnson said: “Today marks a crucial milestone in our ongoing race to vaccinate the most vulnerable against this deadly disease.

“We said we would prioritise and protect care home residents, and that is exactly what we have done.”

But he added that there will be “difficult moments to come”, with the number of infections and individuals in hospital still “dangerously high”.

The developments came as:

– Captain Sir Tom Moore, the 100-year-old Second World War veteran whose charity walks inspired the nation early in the pandemic, was admitted to hospital after testing positive for Covid-19.

– The Institute for Fiscal Studies warned pupils who missed out on six months of normal schooling could lose around £40,000 in income over their lifetimes.

– Mr Johnson said he is “very confident” in the security of the UK’s supply of coronavirus vaccines regardless of “the toings and froings” in the European Union.

– A further 587 people died within 28 days of testing positive for coronavirus as of Sunday, bringing the official UK death toll to 106,158.

Ministers are growing increasingly confident of hitting the target of vaccinating the 15 million most vulnerable people by mid-February after a record high of jabs on Saturday.

Official figures showed 598,390 first doses were administered across the UK, bringing the total number of people to have received a dose to 8,977,329.

Based on the latest figures, an average of 401,512 first doses of vaccine would be needed every day for the Government’s February 15 target to be met.

Health Secretary Matt Hancock said that four fifths of over-80s have received their first dose of the vaccine, alongside three quarters of those aged between 75 and 79.

The Prime Minister was among those to wish Sir Tom well after he was taken to Bedford Hospital on Sunday, where he is being treated for pneumonia.

“You’ve inspired the whole nation, and I know we are all wishing you a full recovery,” Mr Johnson said.

Meanwhile, there was a fresh warning over the pressure being faced by the NHS.

Chris Hopson, the chief executive of NHS Providers, which represents 240 trusts, said it will take “months” for the health service to return to normal after the pandemic ends.

With staff “completely exhausted”, Mr Hopson told the Guardian: “We cannot expect the NHS to carry on at the intensity we’ve been running at. We’ve completely run the tank dry and need to give people the chance to recover.”

Separately, a subgroup of the Scientific Advisory Group on Emergencies (Sage) said physical distancing and facemasks ought to be used more “consistently and effectively”, including in outdoor settings, to mitigate transmission of variant strains of Covid-19.

The paper from Sage’s environmental modelling group, from January 13, said: “Consideration should be given to using face coverings in a wider range of settings where people could be asymptomatic and may be in close proximity (less than two metres).

“This may include outdoor spaces where it is difficult to maintain distance and people may be close together for extended periods.”