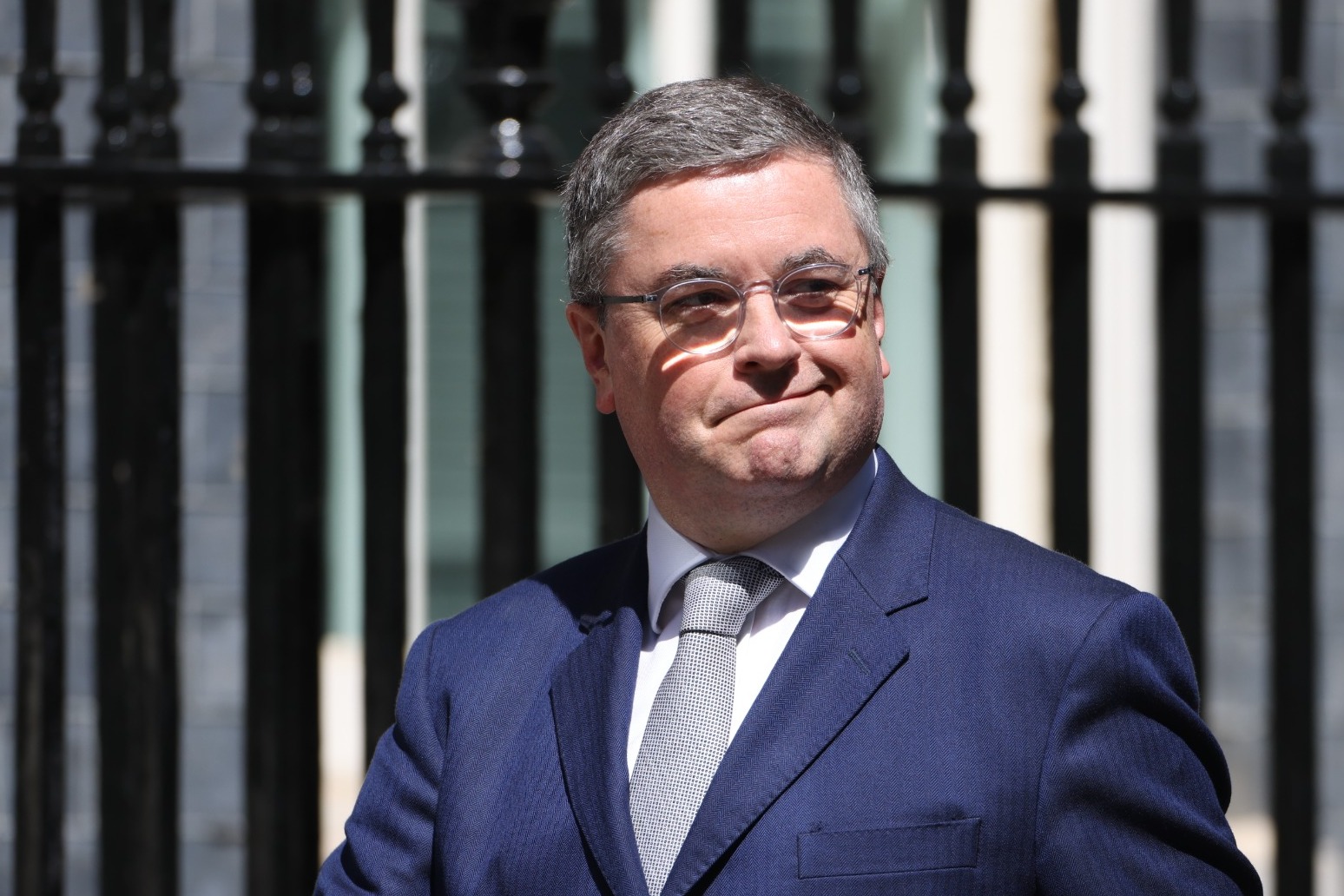 Boris Johnson will no longer have the authority to do “new things” in Government, the Welsh Secretary has said.

Sir Robert Buckland, a former justice secretary who took up the offer of a Cabinet return despite hours before calling for the Prime Minister’s resignation, sought to reassure party colleagues who have been pushing for Mr Johnson to leave office as soon as possible.

Former prime minister Sir John Major has written to 1922 Committee chairman Sir Graham Brady saying it would be “unwise and may be unsustainable” for Mr Johnson to remain in office while a new Tory leader is elected.

That view is shared among some Tory MPs.

Former science minister George Freeman, who resigned from the Government on Thursday, told Sky News that a caretaker prime minister was needed to “stabilise” things.

“I just worry that he isn’t going to be able to bring the stability that we need.

“He’s got a Chancellor who’s already said he doesn’t have any confidence in him and two or three other members of the Cabinet.

“The Attorney General is outwardly campaigning for his job. It’s just not a credible way to form a government.”

But Sir Robert stressed Mr Johnson will have limited scope to introduce fresh policies in the weeks ahead.

The new Welsh Secretary defended his decision to join Mr Johnson’s new-look caretaker Cabinet, stressing he felt the need to “help and serve”.

He said: “I felt it was right that I did that now. The issue about the Prime Minister and his character has been settled. He no longer has the confidence of the Conservative Party. He is resigning. That is right. But the business of government goes on.

Sir Robert said he would not have accepted the offer of a position on Wednesday, but the fate of the Prime Minister is “now dealt with” following his decision to resign.

“He did the right thing and resigned. He changed the circumstances by rightly resigning,” he said.

Describing himself as a “team player”, Sir Robert also suggested an interim prime minister is not a feasible idea.

He said there is no such thing as an interim prime minister in the British system of government.

“The system is that you’re either Prime Minister or you’re not.

“What has happened today is that the office of leader of the Conservative Party has been vacated. And of course, it is for that leader, the leader of the majority party, to become prime minister.

“This Prime Minister no longer has the political authority to do new things.”

Appearing on Sky News, Mr Largan said: “There isn’t really a constitutional mechanism to remove a prime minister, beyond replacing them as leader of the Conservative Party.

“Any decent prime minister would not want to put the Queen into a position where she is dragged into party politics.”

He instead said the leadership contest should be held “as soon as possible”, with the first round of ballots to be finished by next week and party members given a say on the final two candidates by the middle or end of July.