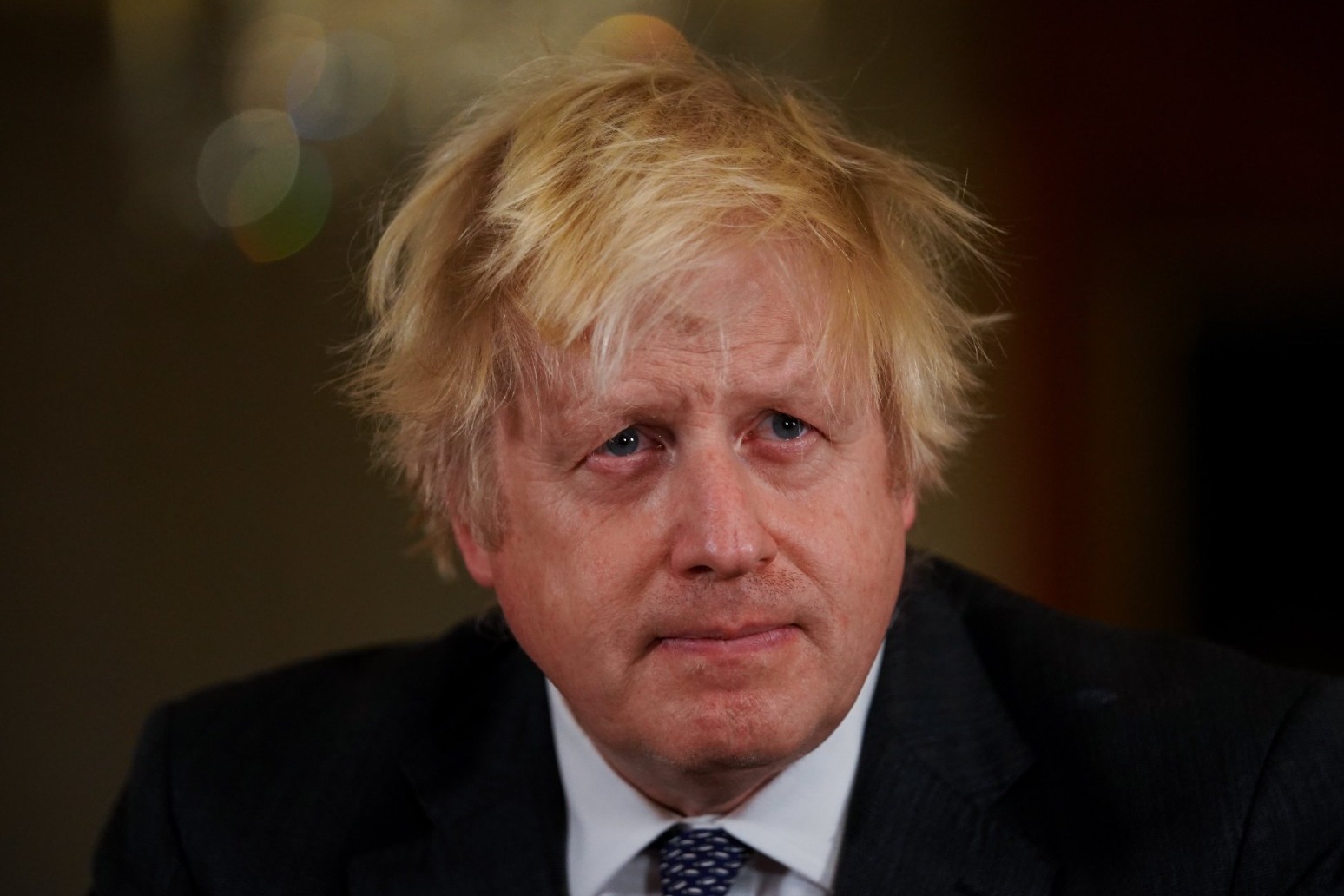 The target for giving every adult in England a booster jab has been brought forward by a month over fears of a “tidal wave of Omicron” that could cause “very many deaths”.

Boris Johnson, in a pre-recorded address to the nation on Sunday evening, said Britain “must urgently reinforce our wall of vaccine protection” as he set a new deadline of jabbing everyone over 18 by the new year.

He said scientists had discovered that being fully vaccinated is “simply not enough” to prevent the spread of the coronavirus mutation and that, without a lightning speed mass booster campaign, the NHS could be overwhelmed.

The mission to administer millions more jabs by December 31 will see 42 military planning teams deployed across every health region.

Extra vaccine sites will be opened and additional mobile units deployed, clinic opening hours are to be extended to allow people to be jabbed around the clock and at weekends, while thousands more vaccinators will be trained.

The announcement comes as the UK Covid alert level was raised to Level 4, up from Level 3, following a rapid increase in the number of Omicron cases being recorded.

The recommendation was made to ministers by the country’s four chief medical officers and NHS England’s national medical director following advice from the UK Health Security Agency (UKHSA).

Education Secretary Nadhim Zahawi said the actual number was likely to be 10 times as high, with a doubling rate possibly as fast as every two days.

Speaking from Downing Street on Sunday, the Prime Minister said: “Do not make the mistake of thinking Omicron can’t hurt you, can’t make you and your loved ones seriously ill.

“We’ve already seen hospitalisations doubling in a week in South Africa and we have patients with Omicron here in the UK right now.

“At this point our scientists cannot say that Omicron is less severe.

“And even if that proved to be true we already know it is so much more transmissible that a wave of Omicron through a population that was not boosted would risk a level of hospitalisation that could overwhelm our NHS and lead sadly to very many deaths.

“So we must act now. Today we are launching the Omicron emergency booster national mission, unlike anything we’ve done before in the vaccination programme, to get boosted now.

“A fortnight ago I said we would offer every eligible adult a booster by the end of January.

“Today in light of this Omicron emergency I’m bringing that target forward by a whole month.

“Everyone eligible aged 18 and over in England will have the chance to get their booster before the new year.”

The Prime Minister – whose address was pre-recorded, meaning he spoke to the nation without being flanked by his scientific advisers and without taking questions – said the UK Government would support the devolved administrations to “accelerate” their own rollouts of third jabs.

First Minister Nicola Sturgeon said Scotland would match the aim of offering boosters to all eligible adults before 2022, but added that more Covid-19 restrictions may still be needed to tackle the new strain.

Welsh leader Mark Drakeford also said “further steps” could be required to keep the country safe, as he encouraged people to “make having your booster a priority” amid a pledge to quicken the rollout.

During his address, the Prime Minister revealed that the decision to speed up the jab rate in England would mean some NHS appointments would need to be postponed until the new year, arguing there would be “even greater” cancellations if the wave of Omicron infections was allowed to swell.

In a direct plea to GPs, doctors, nurses and others on the NHS front line, who he said had “worked incredibly hard” throughout the pandemic, Mr Johnson said: “I must ask you to make another extraordinary effort now, so we can protect you, and your colleagues, and above all protect your patients from even greater pressures next year.”

Every adult over 18 in England who has had a second dose of a vaccine at least three months ago will be able to have their booster from Monday, the Conservative Party leader added.

The NHS booking system will be open for those under the age of 30 from Wednesday but “in some cases you can walk in from tomorrow”.

He ended his statement by laying out the need to move to Plan B measures – which include compulsory mask wearing in public settings, work from home guidance and the introduction of Covid passes for large venues – to guard against Omicron, before adding: “But we must go further and get boosted now.”

Labour leader Sir Keir Starmer said the Government had his party’s support to accelerate the booster programme, as he urged the public to “protect our families, friends and the NHS” by getting a top-up jab.

NHS England said the turbo-charged effort would be the “biggest and fastest vaccine programme in health service history”.

Chief executive Amanda Pritchard said Omicron poses a “grave” threat that could lead to a new wave of infections “even greater than those that have gone before”.

She said the NHS would do “everything in our power to rise to this extraordinary challenge”.

The online booster booking system – which appeared to be experiencing technical difficulties shortly after the Prime Minister’s televised address – would be “shortly open to all adults”, said Ms Pritchard, adding: “Please don’t hesitate with your booking and get boosted now.”