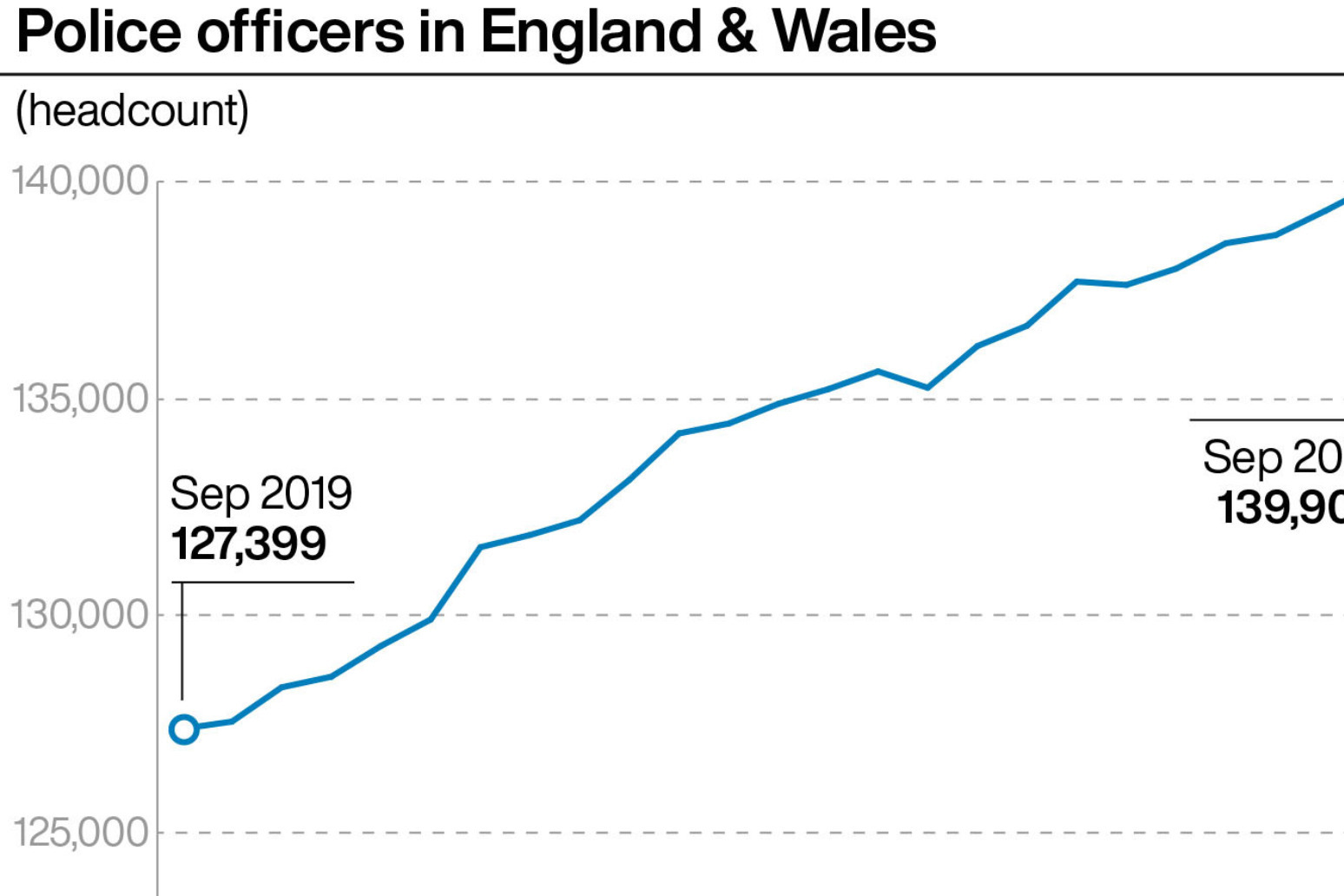 The figures are provisional up to the end of September

More than half of the 20,000 police officers the Government pledged to recruit by 2023 have been hired.

The overall provisional headcount of officers in England and Wales is now 139,908, according to Home Office figures to the end of September.

This includes 11,053 hired as part of the 20,000 pledge, a quarterly report on the progress of the scheme said, suggesting forces have recruited 55% of the total target.

Some 136 of the officers have been deployed to regional and organised crime units.

So far, 166,615 applications to become a police officer have been received since the campaign launched in October 2019.

Data gathered since April last year indicates 42.5% of new recruits are women and around 11.4% – of those who stated their ethnicity – were from black, Asian or minority ethnic backgrounds.

The new recruits are in addition to those filling existing vacancies or joining police forces as a result of other job adverts – with a further 421 additional officers being hired through other funding streams during the time period.

Boris Johnson vowed to swell the police service to more than 140,000 officers by mid-2022 as part of his bid to become Prime Minister.

The Government is using headcount figures to measure the number of police officers now being hired, saying this is the “most appropriate way” to track recruitment rather than looking at figures for full-time equivalent (FTE) positions, because new recruits tend to start their career on a full-time basis.

The Home Office said there is a “relatively small difference” between headcount and FTE figures.