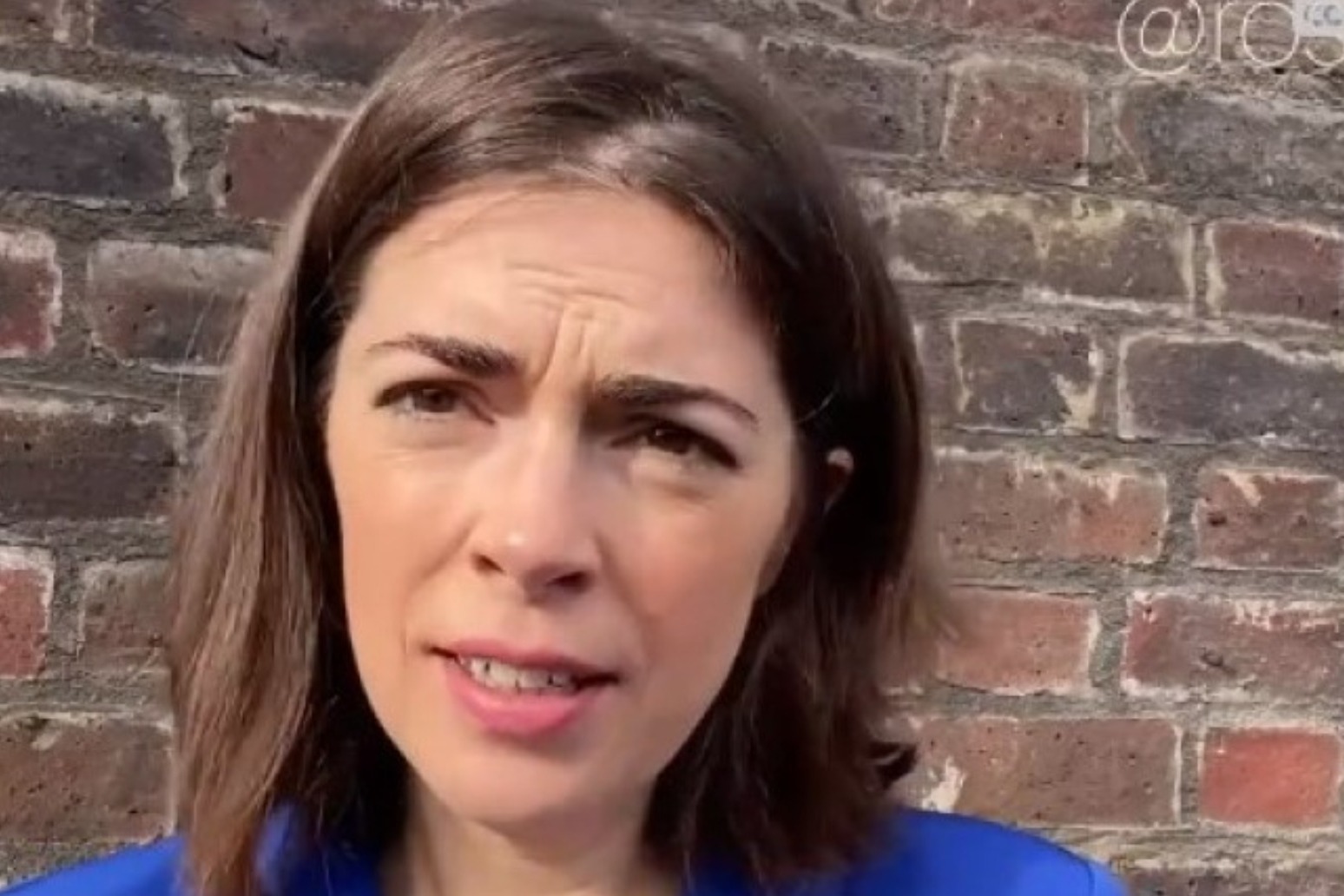 Comedian Rosie Holt, who went viral for her satirical videos in character as a Tory MP, has reflected on 2022 as a year that made British politicians “ripe for parody”.

Holt picked up hundreds of thousands of likes and retweets on Twitter throughout the year, poking fun at the political turmoil by inserting the character of backbench MP Rosie Holt into faux breakfast television interviews on the partygate scandal and cost-of-living crisis, totting up more than 290,000 followers in the process.

The Somerset native spoke to the PA news agency on the “insane fever dream” of political scandals that gave her material this year, why Nadine Dorries is not an inspiration for the viral character, and how it feels to be mistaken for a real MP – including by former Ukip leader Henry Bolton.

“I definitely hadn’t gone in with the intention of fooling anyone,” Holt said.

“But now, I think people get quite a lot of joy out of people getting outraged – I hope that’s not a bad thing.

“A lot of what the Government was doing was making me very angry/sad, so I found it cathartic.

“And some of the messages I’ve got from people is a lot of people found that… we all want to laugh at sad things and things that are going on in our country.”

One of Holt’s first viral videos poked fun at the partygate scandal, in which Cabinet members and the then-prime minister Boris Johnson were accused of breaking pandemic lockdown restrictions to attend parties in Downing Street and Whitehall.

Mr Johnson was eventually fined by the Metropolitan Police for his appearance at a birthday party thrown in his honour during the first lockdown in 2020, but repeatedly dodged questions on the matter until senior civil servant Sue Gray had published a full report in May this year – which ultimately detailed events at which officials drank so much they were sick, sang karaoke, became involved in altercations and abused security and cleaning staff.

“Well all that, as you know, is subject to an investigation with Sue Gray so until that report is completed, your guess is as good as mine… I don’t know whether I attended the party,” Rosie Holt MP tells the broadcaster.

The comedian said shortly after posting the video in January that she had MPs “tweeting angrily that I should resign”, and mentioned a comment by Mr Bolton, who wrote: “Oh dear. I’ve frequently bemoaned the quality of our parliamentarians but this interview surprises even me.”

Holt added: “It was insane.

“I think we’ve got so little faith in our politicians now – I think it’s (at) a real all-time low.

“And particularly, suddenly coming from Boris Johnson himself was the idea that we’ve been lied to and we’ve been taken for fools.

“So I think there is a real distrust of politicians and what they say and this idea that they will say anything if it’s the party line.”

Other popular videos of Holt’s include a campaign video announcing Rosie Holt MP’s bid to be prime minister when the Johnson administration crumbled in July, and another television interview where she says people battling the cost-of-living crisis should try getting a better-paid job such as “a banker”.

“It’s too soon to say what it’s going to be like with Rishi Sunak,” she said.

“I think when Boris Johnson became prime minister, there was the idea that he had got rid of any competent Conservatives.

“There was quite a lot of material from that, and then Liz Truss was like some insane fever dream… though part of me was hoping she’d be elected because I thought, ‘Well, this will give me more material’.

“But then she then blew up our economy in a matter of weeks, it’s so so crazy… I’m looking back at it (and) I can’t believe what we’ve been through, this country.

“I think the things that MPs were being asked to defend were quite extraordinary.

“They’re all ripe for parody… (Rosie Holt MP is) very much an MP of the moment.”

Holt said she often watched breakfast TV interviews with politicians and sees what the party line is on prominent news topics.

“What I find interesting is the normal MPs or any minister that’s pushed on a TV show and you can tell (that) half an hour before they’ve gone, ‘Right, you need to go defend this now’,” she said.

“And they go out and they are clearly sort of improvising on the spot what they’re trying to say – I find it really funny.

“I know some people look at certain people like Nadine Dorries and they go, ‘Oh, is that your inspiration?’ And she’s not. I think she’s amazing, she’s a real character, but you can’t parody that.”

While her work has drawn some abusive responses on Twitter, Holt said she feels “thankful” for the audience she has acquired.

“There are people on the internet who will suddenly hold you to account for things in a way where you think: This is ridiculous. I’m just a person. I’m not a celebrity,” she said.

“But it’s also been great. It’s so wonderful to be able to do something I’ve created that I can just work on and take on stage and I’ve suddenly got an audience. It’s really lovely.”

Holt’s tour, The Woman’s Hour, kicks off in March.