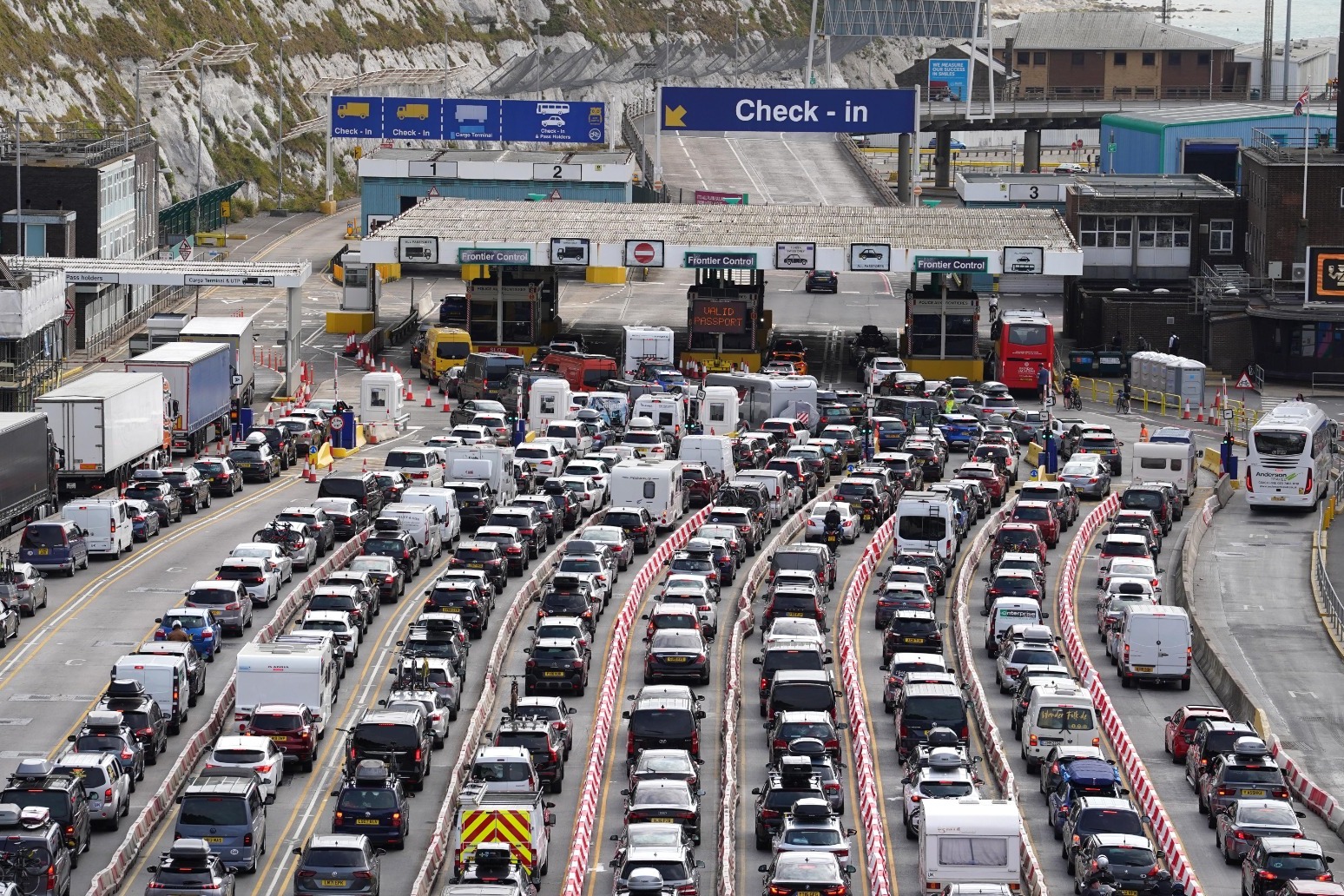 The Port of Dover has attacked the French authorities for “woefully inadequate” border control staffing which is ruining the summer getaway for thousands of families.

A “critical incident” has been declared by the Kent port due to six-hour queues, with tourists urged to consider staying away.

It is one of the busiest periods for foreign travel from the UK as most schools in England and Wales break up for summer this week.

Passengers embarking on cross-Channel sailings from Dover must pass through French border checks before they can board a ferry.

The port said in a statement that it has increased the number of border control booths by 50% and shared traffic volume forecasts “in granular detail” with the French authorities.

It went on: “Regrettably, the PAF (police aux frontieres) resource has been insufficient and has fallen far short of what is required to ensure a smooth first weekend of the peak summer getaway period.”

He told BBC Radio Kent: “We’ve been badly let down this morning by the French border.

“Insufficient resources and much slower than then even normal transactions, which is leading to significant congestion around the port this morning.”

He said it will be “a very difficult day” and the situation has been “escalated to the highest levels in our government”.

He added: “I would consider holding off heading for the port at this point in time until more is known.

“It is really difficult to get into town this morning.”

Delays at Dover are causing tourist and freight traffic to be stuck on gridlocked roads in the area.

One Twitter user wrote shortly before 7am: “I’m booked onto 8am ferry from Dover and it’s total gridlock. Moved 50 metres per hour.

“At this rate it’ll be 34 hours before I get to the port!

“I have a screaming toddler and three-month-old.”

Another said they have been “waiting five hours and still not in the port”, adding: “Sat in lanes waiting to get to border control. Zero movement.”

Ferry operator P&O Ferries told passengers: “Please be aware that there is heavy traffic at border control in the port of Dover.

“If you are booked to travel today please allow at least six hours to clear all security checks.”

Passengers are advised to take additional water and snacks.

Meanwhile, fuel price protests are set to cause disruption during what is expected to be the busiest summer getaway on the roads in at least eight years.

Avon and Somerset Police warned motorists that “slow-moving roadblocks” are planned on parts of the M4, M5, M32 and A38 on Friday morning.

An image posted on Facebook group Fuel Price Stand Against Tax suggests demonstrations will be held “nationwide”, including in Birmingham, Cardiff, Liverpool, London and Manchester.

The RAC said an estimated 18.8 million leisure trips are planned in the UK between Friday and Monday.

That is the most since the company began tracking summer getaway numbers in 2014.

He said: “Our protest liaison team has been engaging with the organiser so we can inform the public of the likely disruption and help to minimise it.

“Nevertheless, drivers can expect journey times will likely be longer than normal, especially on motorways, which often tend to be at their busiest at this time of year.

“We advise motorists to consider any alternative travel plans available and ensure they are suitably prepared in case they are delayed.”

Fuel price protests on July 4 led to 12 people being arrested on the M4.

Figures from data company Experian show the average price of a litre of petrol on Wednesday was 187.5p, while diesel was 196.1p.

Transport analytics company Inrix believes the M25 – London’s orbital motorway – could see some of the worst jams due to the summer getaway, singling out the stretches between Bromley and the Dartford Crossing; Maple Cross and the M3; and the M23 to the M40.

The A303 near Stonehenge in Wiltshire, the M4 between Cardiff and Newport in South Wales, and the M5 south of Bristol are also likely to see queuing traffic.