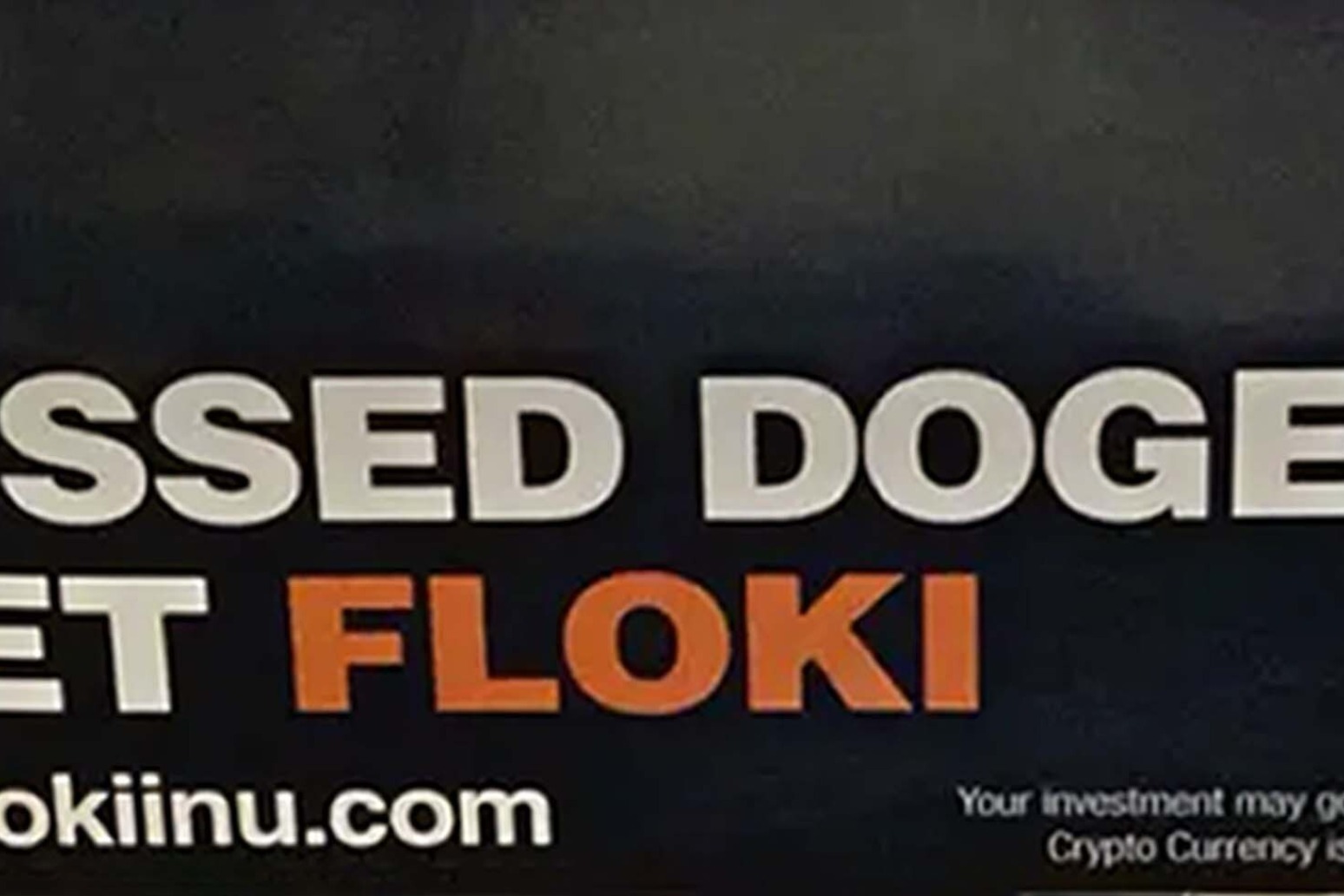 A poster for cryptocurrency Floki Inu has been banned for trivialising investment in the market and for taking advantage of consumers’ lack of experience.

The poster, seen in November across the London Underground, featured an image of a cartoon dog wearing a Viking helmet and read: “Missed Doge. Get Floki.”

Smaller text at the bottom of the ad said: “Your investment may go down as well as up in value. Crypto currency is not regulated in the UK.”

The Advertising Standards Authority (ASA) challenged whether the ad was irresponsible because its use of an image of a cartoon dog wearing a Viking helmet and the claim “Missed Doge. Get Floki” exploited consumers’ fears of missing out and trivialised investment in cryptocurrency, and took advantage of consumers’ inexperience or credulity.

Floki Ltd, trading as Floki Inu, said the cartoon dog was its corporate logo and was based on Tesla and SpaceX chief executive Elon Musk’s dog Floki.

They said it was not unusual for cryptocurrencies to originate from humour and/or memes and it was unclear how this could trivialise cryptocurrency.

They said the intended audience of the ad was the “informed consumer”, who would understand the cryptocurrency market and how it worked, either through research or personal interest, and made an informed decision whether or not to invest.

The ASA acknowledged Floki Inu’s comments that the ad was only aimed at the “informed consumer”, but said the ads were addressed to a general audience on London transport poster sites.

The ad’s phrase “Missed Doge. Get Floki” would have been understood to mean that for consumers who had missed out on an earlier cryptocurrency, in this case Dogecoin, Floki was a brand new alternative.

The ASA said: “We acknowledged that the image of a cartoon dog wearing a Viking helmet was Floki Inu’s corporate logo and appreciated that some cryptocurrencies had their origins in humour and memes.

“We considered that such imagery in and of itself would not necessarily trivialise investments.

“Nevertheless, in the context of an ad that was promoting cryptocurrency, especially one that was presented specifically to play on consumer’s concerns of not missing out on the next cryptocurrency to sharply appreciate in value, we considered that the use of cartoon imagery gave the impression that purchasing cryptocurrency was a light-hearted and trivial matter.

“As such, it distracted consumers from the seriousness of an investment which was volatile and unregulated.

“For those reasons, we concluded that the ad irresponsibly exploited consumers’ fear of missing out and trivialised investment in cryptocurrency.”

The ASA ruled that the ad must not appear again in the form complained about, adding: “We told Floki to ensure that they did not irresponsibly exploit consumers’ fear of missing out and trivialise investment in cryptocurrency.

“We also told them to ensure that they did not irresponsibly take advantage of consumers’ lack of experience or credulity by not making clear Capital Gains Tax could be due on cryptocurrency profits.”