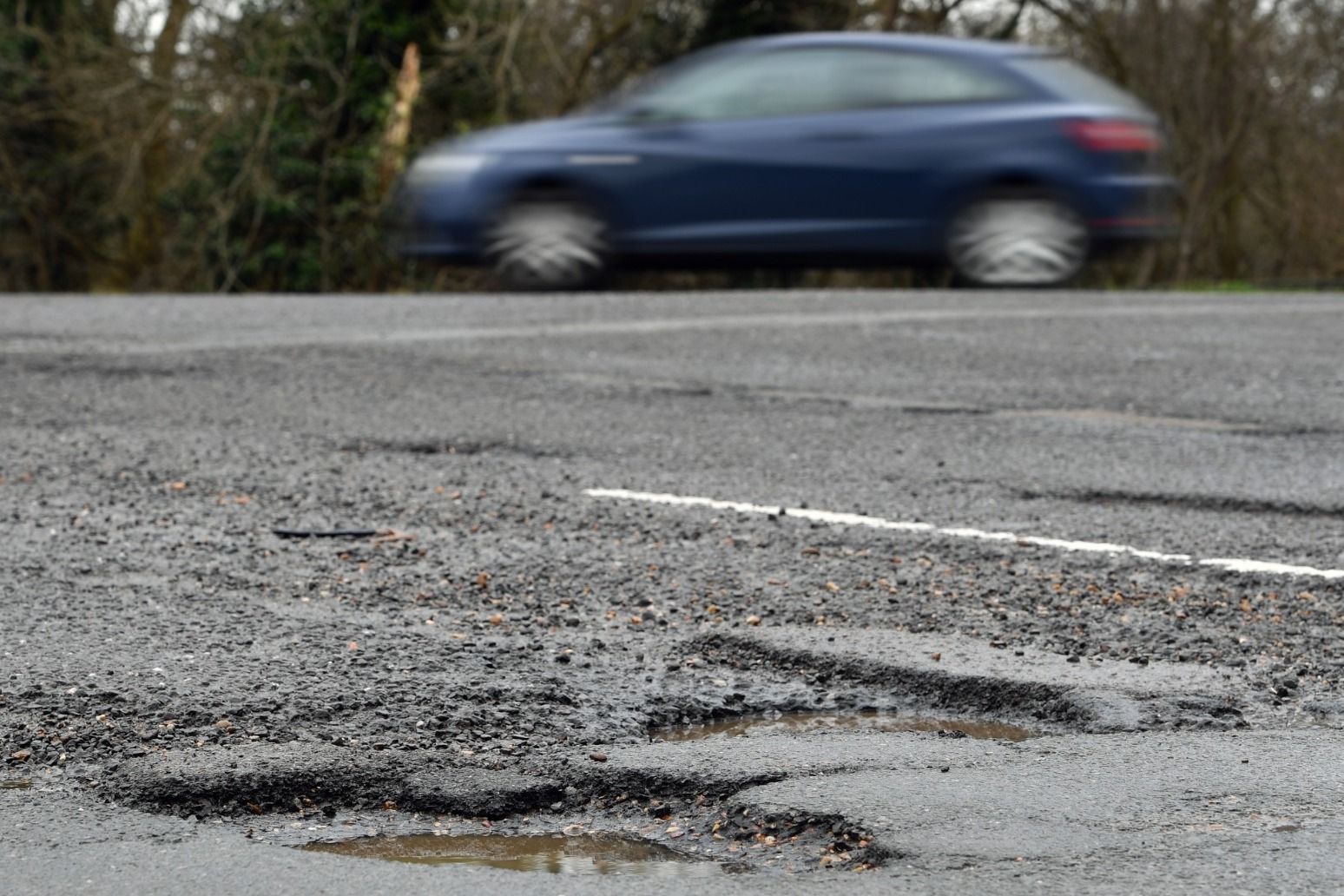 Pothole repair costs have soared since Russia’s invasion of Ukraine, according to new analysis.

The Local Government Association (LGA), which represents more than 350 councils in England and Wales, said many of its members have been hit by a 22% spike in the cost of road maintenance such as fixing potholes and relaying surfaces since the conflict escalated in February 2022.

Before the invasion, around 60% of bitumen – a material used to repair roads across the UK – was sourced from Russia.

Councils now have to ration bitumen and find it from other markets, pushing up costs and delaying road repairs.

Local authorities were already facing a significant road repair backlog, with latest estimates stating it would take them 10 years and £12 billion to bring all surfaces up to scratch.

Spiralling energy costs and inflation also mean there has been a 38% increase in the bill for running and repairing street lights over the last six months.

Some authorities report that their costs in these areas have doubled.

The LGA’s analysis was based on a survey of its members and current prices.

The organisation’s transport spokesman David Renard said: “As this stark new analysis shows, councils across the country are facing unprecedented increased costs to repair our local roads, keep our street lights switched on and invest in improved local infrastructure.

“Global pressures, such as Russia’s invasion of Ukraine, as well as increasing inflation and a shortage of materials, have all provided the perfect storm for councils and piled pressure on already stretched local budgets.

“To tackle this issue, the new Government must cover these increased costs for councils or risk road conditions getting worse or reductions in other services.

“Only with adequate long-term funding – to cover increased cost pressures and invest in local services – and the right powers, can councils deliver for our communities, tackle the climate emergency, and level up all parts of the country.”

Steve Gooding, director of the RAC Foundation, said: “This analysis shows that alongside households, pubs and other businesses suffering from the dramatic hike in energy prices, local highway authorities are also feeling the pinch, made sharper by the consequences of the war in Ukraine.

“Patching potholes might pale into insignificance as a problem when compared to the devastation and human misery caused by President Putin’s actions, but the funding squeeze on local spending will soon start to feel more real if authorities are going to struggle just to keep the streetlights on.

“While we might hope that what we are seeing is a short-term challenge, the reality is that we need a long-term solution that doesn’t risk road spending being perennially crowded out by authorities’ social care responsibilities.”