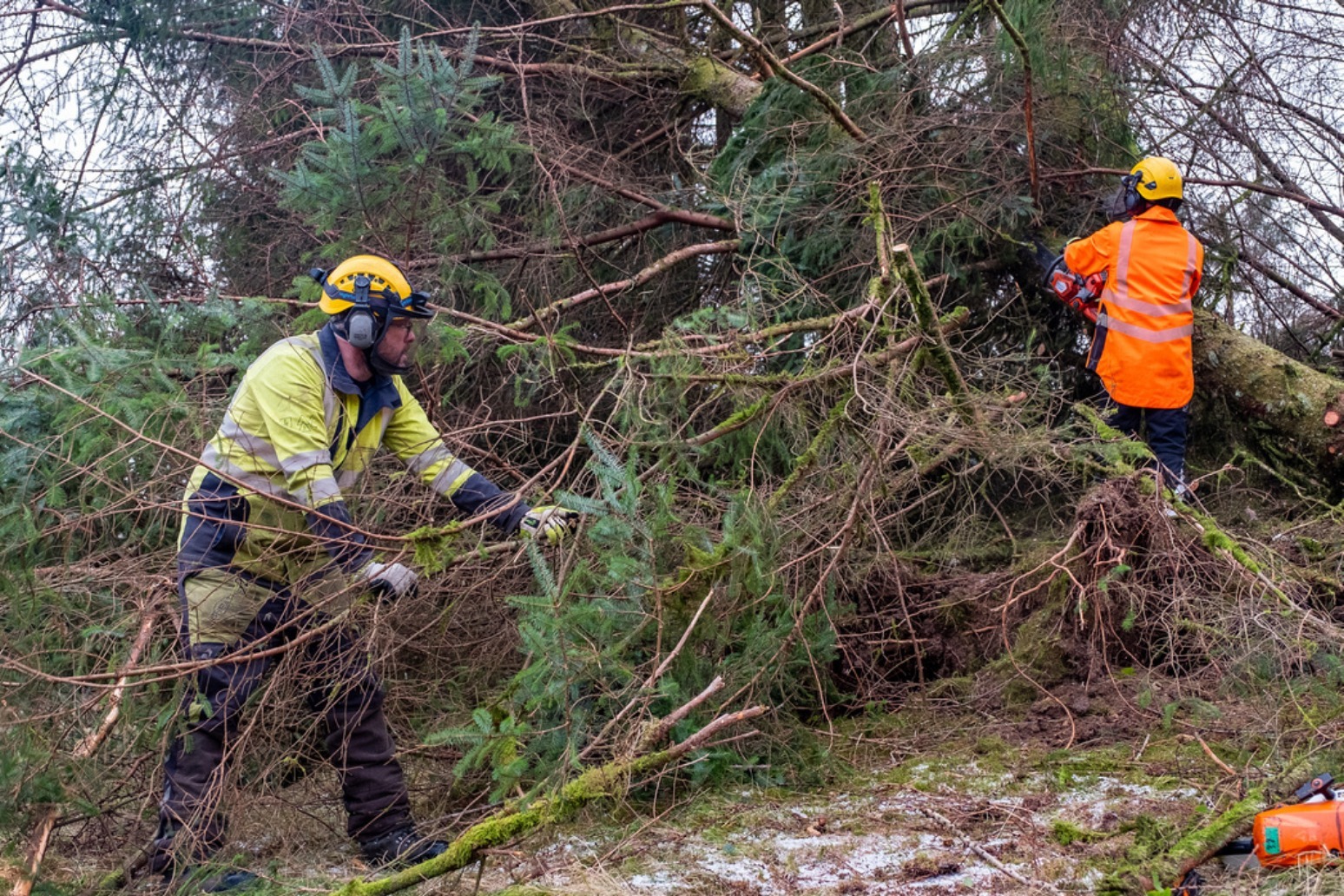 Power outages lasted for more than 10 days in some areas and customers complained of poor communication from their suppliers about when they would be reconnected.

Ofgem has carried out an independent review of the industry, focusing on whether the power outages could have been prevented, if correct and timely information was given to customers affected, whether power was restored quickly enough, and how customers were supported after the storm, including compensation payments.

It found staff at distribution network operators (DNOs) worked hard in challenging conditions, but concluded that thousands of customers were provided with an “unacceptable service”.

Ofgem chief executive Jonathan Brearley said: “Distribution network companies faced challenging conditions in the aftermath of Storm Arwen, and I pay tribute to the many colleagues in those companies who supported customers and worked to get them back on power as quickly as possible.

“However, it was unacceptable that nearly 4,000 homes in parts of England and Scotland were off power for over a week, often without accurate information as to when power would be restored.

“Network companies need to do better, not just to prevent power disruptions, but to ensure that, when power is off, they work smarter to get people back on power quicker, and keep customers informed with accurate and timely information. This is the very least customers should be able to expect.

“The frequency of extreme weather events is only set to increase so it is really important that industry, and those involved more widely, learn from Storm Arwen to better respond in future.”

– Some affected customers remained off power for an unacceptable amount of time, received poor communication from their network operator and compensation payments took too long.

– Northern Powergrid did not directly contact vulnerable customers enrolled on its Priority Services Register prior to Storm Arwen, which should have been carried out as part of its winter preparedness campaign.

– The same firm accepted the performance of its call centre fell below the standards it should have been able to meet during a severe storm, potentially breaching its licence.

– There was some correlation between the age of electricity poles and how badly damaged they were in the storm, although this needed further examination.

Three firms – Northern Powergrid, Scottish and Southern Electricity Networks and Electricity North West – paid nearly £30 million in direct compensation to affected customers after the storms and will now pay a further £10.3 million in voluntary redress payments to the affected communities.

Ofgem has recommended firms should submit their winter plans to the regulator so it is sure they are prepared.

They should also stress-test their websites and call centres to ensure adequate capacity during severe weather events.

Business and Energy Secretary Kwasi Kwarteng said: “Storm Arwen was one of the most extreme weather events in decades, and I’m grateful to all those engineers, armed forces personnel and volunteers who worked night and day to get people reconnected to power.

“However, it’s clear that thousands of customers were badly let down by electricity network companies, which is why I launched this review to identify and address any failings.

“This action plan will ensure better preparedness for future storms, boosting the security of our electricity system and protecting families.”