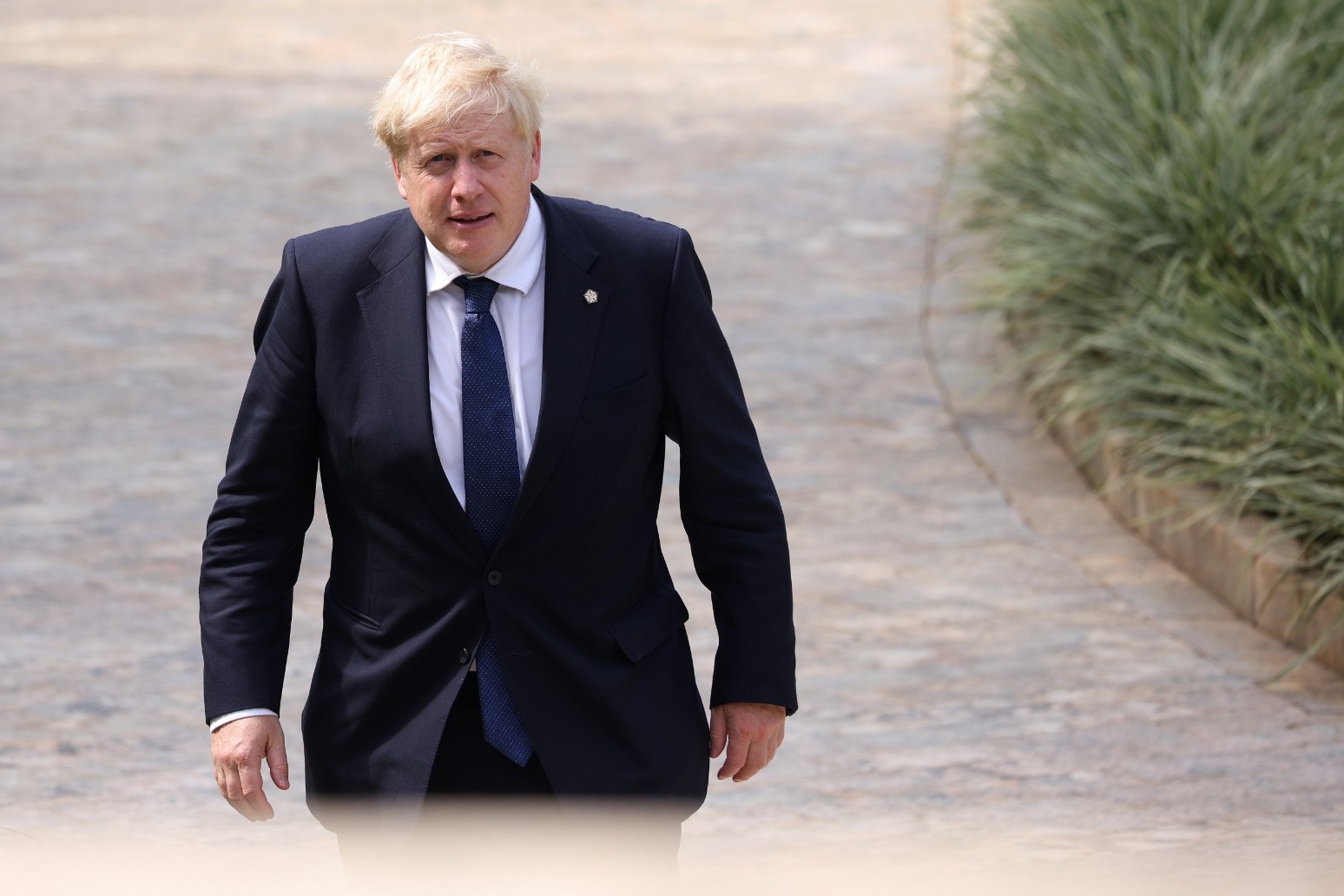 The Prime Minister has insisted he will not undergo a “psychological transformation” as pressure piles on his leadership in the wake of the Tories’ double by-election defeat.

Boris Johnson said he must “humbly and sincerely” accept any criticism he receives in his job, but he argued every Government gets “buffeted” by bad by-election results mid-term.

Speaking in Kigali, Rwanda, where he has been attending a Commonwealth leaders summit, he claimed voters are tired of hearing about what he is “alleged to have done wrong”, and called instead for a focus on “what we’re doing for them”.

It comes as the loss of two crunch by-elections in Yorkshire and Devon and Oliver Dowden’s sudden resignation as Tory chairman have threatened to pitch the PM’s leadership into a fresh crisis.

Mr Johnson told BBC Radio 4’s Today on Saturday that his role is to look at exactly what happened and “think which criticisms really matter”.

Put to him that Mr Dowden had said as he resigned that business could not continue as usual, the PM said: “If you’re saying you want me to undergo some sort of psychological transformation, I think that our listeners would know that is not going to happen.

“What you can do, and what the Government should do, and what I want to do, is to get on with changing and reforming and improving our systems and our economy.”

Despite some early speculation in the wake of the by-election results in Wakefield and Tiverton and Honiton, Mr Dowden was the sole Cabinet minister to tender his resignation.

That has not stopped Tory rebels reportedly using the defeats as the springboard for the latest attempted heave against the Prime Minister, with the Times suggesting opponents of Mr Johnson are planning a takeover of the 1922 Committee of Conservative backbenchers in a bid to change the rules to allow another confidence vote on his leadership.

Mr Johnson told Today the only argument of “substance” for a change of direction he has heard from his critics is for the UK to return to the EU single market.

“I would say to them, you know, with great respect – and I love all these people – but don’t forget that the only actual argument that I’ve heard some of my critics make of substance about the change of direction they’d like to see is for us to go back into the EU single market,” he said.

“That’s literally the only manifesto point that I’ve seen.”

Senior Tory MP Tobias Ellwood previously came under fire for suggesting the UK should rejoin the single market to ease the cost-of-living crisis.

He argued earlier this month there was an “appetite” to make “course corrections” to the current model, claiming recent polling suggested “this is not the Brexit most people imagined”.

On what lessons he will take from the by-election results, Mr Johnson said: “I draw the conclusion the voters are heartily sick of hearing about me and the things I’m alleged to have done wrong.

“What they want to hear is what we’re doing for them. And what I’m setting out for you, or trying to set out, is the ambitions we have (for) the country.”

Mr Johnson suggested he would stand down as Prime Minister if it was put to him he had to “abandon the Ukrainian cause”.

But he later denied saying this was the only principle that would trigger his resignation.

“I didn’t say that – you asked me for an example of a matter of principle, I came up with one,” he said.

The departure of Mr Dowden may also prompt a reshuffle in the Prime Minister’s top team, with reports that Priti Patel could be asked to leave her Home Secretary role to become party chair.

The Liberal Democrats said Mr Johnson’s comments show “this leopard has no intention of changing his spots”.

The Prime Minister also told Sky News by-elections can allow people the “safety valve” of letting off at governments.

Asked on Saturday about his prior comments that he expects voters to beat him up, he said: “Well, I was speaking metaphorically and what I mean is that when you’re the leader of a country, in good times and in bad, you have to think about the criticisms that you get.”

He added: “What I’m saying is politics is about allowing people to have the democratic safety valve of letting off at governments, such as in by-elections. But then the job of a leader is to say, well, what is the criticism that really matters here?

“And I think back to what I was saying, I think it’s, for a long time people were hearing not enough about the things that really matter.”

In the by-election in Tiverton and Honiton, Devon, a dramatic swing of almost 30% from the Conservatives to the Liberal Democrats saw Richard Foord secure a majority of 6,144.

In Wakefield, West Yorkshire, Simon Lightwood was elected with a majority of 4,925 on a swing of 12.7% from the Tories to Labour.