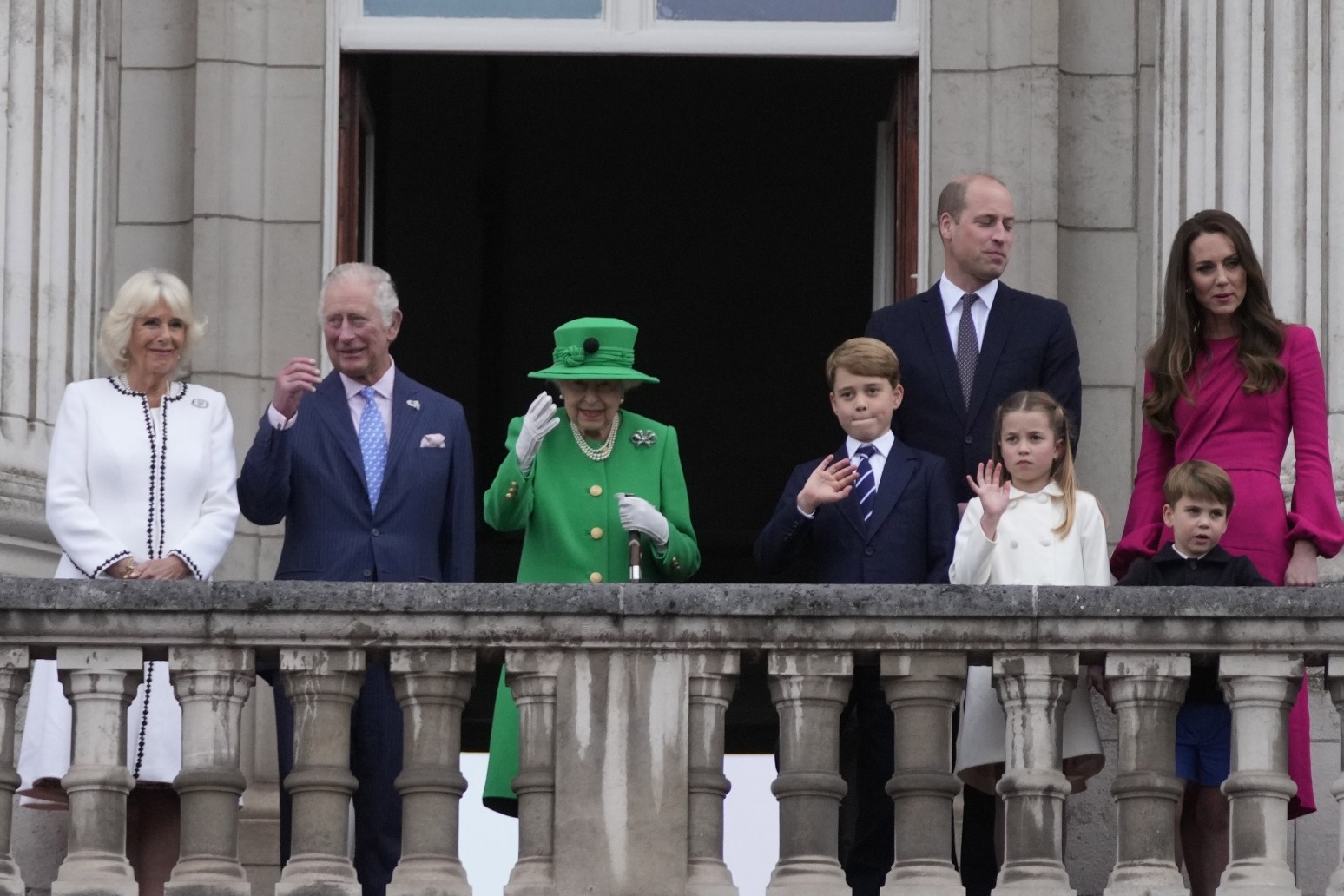 Prince Louis “especially” had an incredible time at the celebrations to mark the Queen’s Platinum Jubilee, the Duke and Duchess of Cambridge have said.

The message from William and Catherine came after their four-year-old youngest child won over the nation with his reactions to the pomp and pageantry of the celebrations.

Louis was seen letting out a howl and clapping his hands over his ears on the Buckingham Palace balcony on Thursday during the RAF flypast as his “Gan Gan” the Queen sweetly told him what was happening.

Louis was also spotted being bounced on the knee of his grandfather, the Prince of Wales, during the pageant on Sunday and giving his mother Catherine a kiss on the cheek and a cuddle.

He stood on his chair, waved his hands in the air, wriggled around and stuck his finger in his ear during the show.

William and Catherine thanked everyone who turned out for the long weekend of celebrations marking the Queen’s 70-year reign and stated: “We all had an incredible time, especially Louis… ”

In a personal message, alongside images from the weekend’s events, they tweeted: “What a fantastic weekend of celebrations.

“Seeing people across the nation coming together with family, friends and loved ones has been extremely special.

“Thank you to everyone who turned out to show their gratitude to The Queen and her inspiring 70 years of leadership.

“From the crowds on the Mall to communities hosting street parties up and down the country, we hope you had a weekend to remember.

“We all had an incredible time, especially Louis… ”

The Queen has said she remains “committed to serving” the nation to “the best of my ability”, after she appeared on the balcony of Buckingham Palace on Sunday at the end of her Platinum Jubilee celebrations.

The 96-year-old monarch was absent for much of the extended Bank Holiday weekend events, after finding the first day enjoyable but tiring, and in a message of thanks acknowledged this but said her “heart” had been with well-wishers.

The Duchess of Cornwall, patron of the Big Lunch, estimated that up to 18 million people could have taken part in Jubilee street parties, and the Queen expressed her hope this “renewed sense of togetherness” would be felt for years to come.

After the outpouring of public affection during her balcony appearance, the Queen said she was “humbled and deeply touched” so many people had taken part in the celebrations.