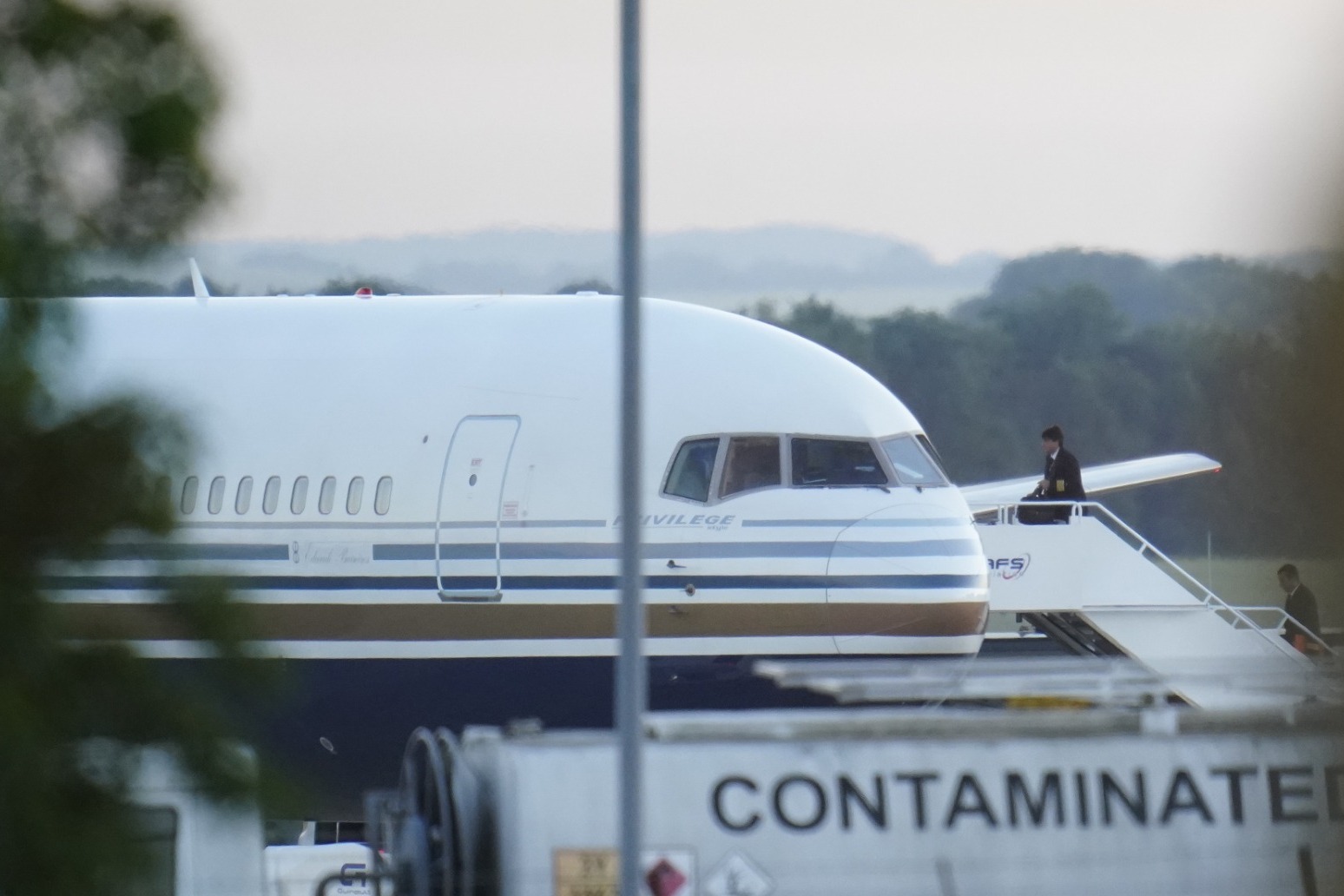 The Home Secretary says preparations for the next flight ‘begin now’

Priti Patel said preparation for the next deportation flight to Rwanda “begins now” after last-minute interventions by the European Court of Human Rights led to the cancellation of the initial flight.

The Home Secretary said she will “not be deterred from doing the right thing” as Government sources confirmed to the PA news agency that all migrants were removed from the plane which was set to take off on Tuesday night.

The European Court of Human Rights confirmed that it had granted an urgent interim measure in regards to an Iraqi national, and it is understood the Court was considering a number of further requests.

PA understands that the appeals were considered by an out-of-hours judge on papers, overruling the UK rulings.

It is understood that, at the present time, there is not a route for the Home Office to appeal against the decision.

The European Court has indicated to the UK Government that the Iraqi national should not be removed to Rwanda until three weeks after the delivery of the final domestic decision in his ongoing judicial review proceedings.

Ms Patel described the European Court of Human Rights intervention as “very surprising”, adding that “many of those removed from this flight will be placed on the next”.

She said the Home Office legal team is reviewing “every decision made on this flight”, and that preparation for the next flight “begins now”.

Following the grounding of the flight on Tuesday night, Ms Patel said: “Earlier this year, I signed a world-leading Migration Partnership with Rwanda to see those arriving dangerously, illegally, or unnecessarily into the UK relocated to build their lives there.

“This will help break the people smugglers’ business model and prevent loss of life, while ensuring protection for the genuinely vulnerable.

“Access to the UK’s asylum system must be based on need, not on the ability to pay people smugglers.

“The demands on the current system, the cost to the taxpayer, and the flagrant abuses are increasing, and the British public have rightly had enough.

“I have always said this policy will not be easy to deliver and am disappointed that legal challenge and last-minute claims have meant today’s flight was unable to depart.

“It is very surprising that the European Court of Human Rights has intervened despite repeated earlier success in our domestic courts.

“These repeated legal barriers are similar to those we experience with other removals flights and many of those removed from this flight will be placed on the next.

“We will not be deterred from doing the right thing and delivering our plans to control our nation’s borders.

“Our legal team are reviewing every decision made on this flight and preparation for the next flight begins now.”

Rwandan Government spokeswoman Yolande Makolo said: “We are not deterred by these developments.

“Rwanda remains fully committed to making this partnership work. The current situation of people making dangerous journeys cannot continue as it is causing untold suffering to so many.

“Rwanda stands ready to receive the migrants when they do arrive and offer them safety and opportunity in our country.”

The Prime Minister had insisted the Government would not be deterred from its policy, despite criticism from the Church of England and reportedly also from the Prince of Wales.

Mr Johnson acknowledged there had been criticism of the plan from “some slightly unexpected quarters” but highlighted the legal profession as the main source of opposition to the Rwanda policy, which will send asylum seekers on a one-way trip to the African nation.

As things stood early on Tuesday evening, just seven people were due to be on board the plane following a string of legal challenges and Home Office reviews.

Refugee Council chief executive Enver Solomon said: “Whilst we are relieved to hear the flight to Rwanda did not take off as planned tonight, it is clear that the Government remain determined to press on with this deal – leaving us to continue to witness the human suffering, distress, and chaos the threat of removal will cause with far reaching consequences for desperate people who are simply in need of safety.

“The fact that the final flight could not take off is indicative of the inhumanity of the plan and the Government’s complete refusal to see the face behind the case.”

Mark Serwotka, general secretary of the Public and Commercial Services union, said: “We’re pleased the courts have ruled to stop this flight.

“It’s time for the Government to stop this inhumane policy which is the basest of gesture politics and start to engage seriously with sorting out the asylum system so those who come to our country seeking refuge are treated fairly and according to the law.”