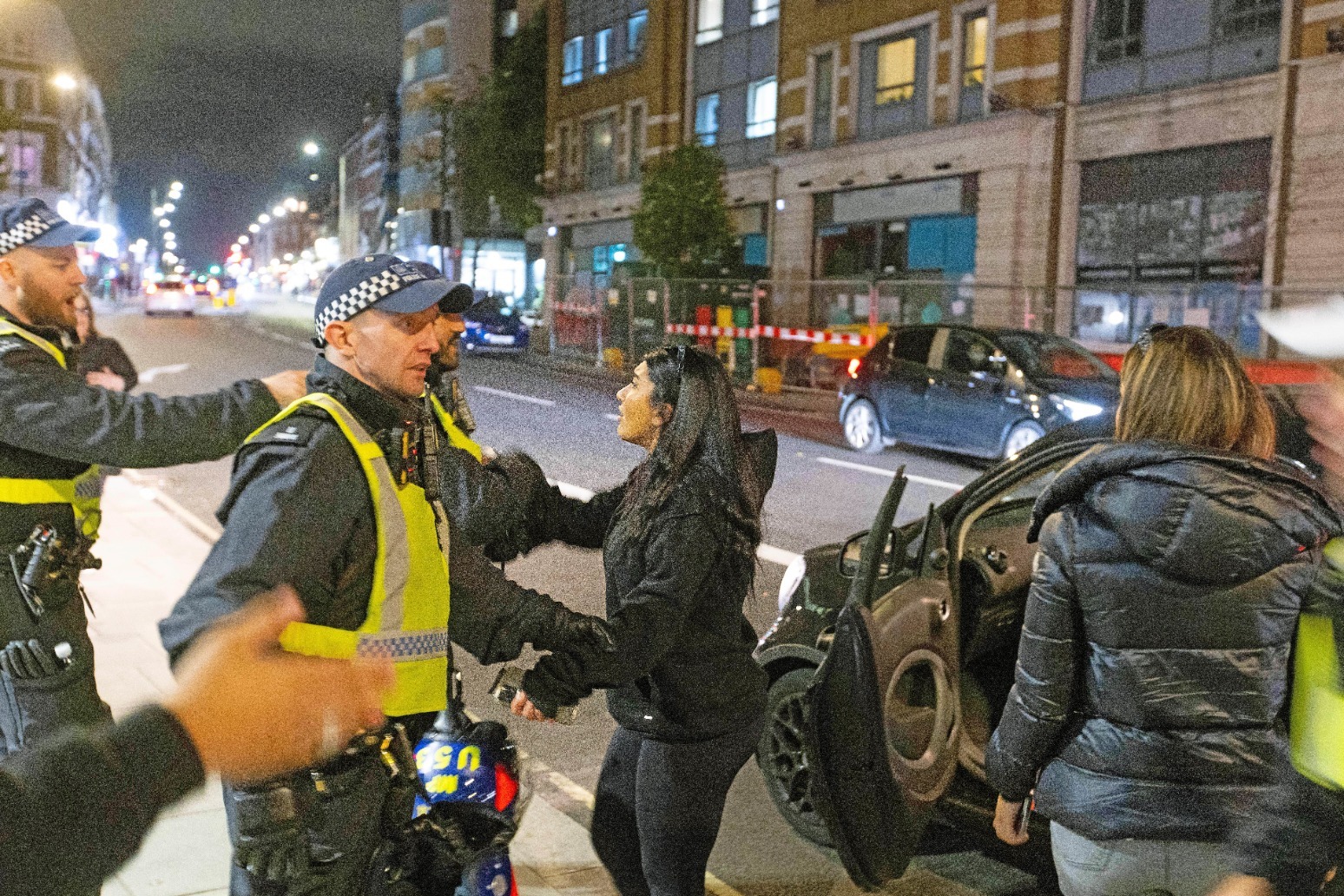 Protesters have clashed with police outside the Iranian embassy in London as they call for an end to the Islamic Republic of Iran.

Dozens of demonstrators gathered at the embassy in Princes Gate, Knightsbridge, on Sunday afternoon.

It comes as protests in Iranian cities have spread across the world, sparked by the death of 22-year-old Mahsa Amini in custody after being detained by Iranian morality police.

Scotland Yard said the disorder at Sunday’s protest initially broke out in the immediate vicinity of the embassy before moving to Marble Arch and then to Maida Vale where the Islamic Centre of England was targeted.

The force said several officers were hurt during the protest, five of whom are in hospital with serious injuries including broken bones.

Meanwhile, 12 people were arrested on suspicion of violent disorder.

Footage shared only showed angry protesters shouting and pushing against officers who had formed a line in front of the embassy on Sunday afternoon.

Crowds chanted “Death to the Islamic Republic” and waved Iran’s former national flag from before 1979.

One particular clip shows two officers wrestling a protester to the ground who appears to have broken through the police line.

Elsewhere, riot police could be seen trying to clear protesters off the road near Marble Arch.

Scotland Yard said officers were able to protect the security of the embassy but in doing so, were subjected to further attacks.

Masonry, bottles and other projectiles were thrown and a number of officers were injured, the force said.

By 7.30pm, the protesters had been cleared from the area outside the Iranian embassy, but handful of police officers remained outside the building.

There was little sign of the scenes from earlier in the day, except for a few battered protest posters.

A photo of Mahsa Amini could be seen on one poster, while another said “stop execution in Iran”.

Police have put a Section 35 dispersal order in place for the next 48 hours in the area impacted by the disorder.

Commander Karen Findlay said: “We respect the right of people to protest peacefully and always work with organisers to make that possible, but we will not tolerate unprovoked attacks on our officers as we have seen today or protest that leaves other communities feeling unsafe.

“We have officers in hospital tonight because they were attacked in what was a significant outbreak of violent disorder. We will make sure they get the support they need.

“We have already made a number of arrests, but we know there are people who were not caught tonight who committed serious offences.

“In the coming days, we will be using all the tools at our disposal – including CCTV and other footage – to identify those people and bring them to justice.”

It comes after Iran’s foreign ministry said on Sunday it had summoned Britain’s ambassador Simon Shercliff over what it described as a hostile atmosphere created by London-based Farsi language media outlets.