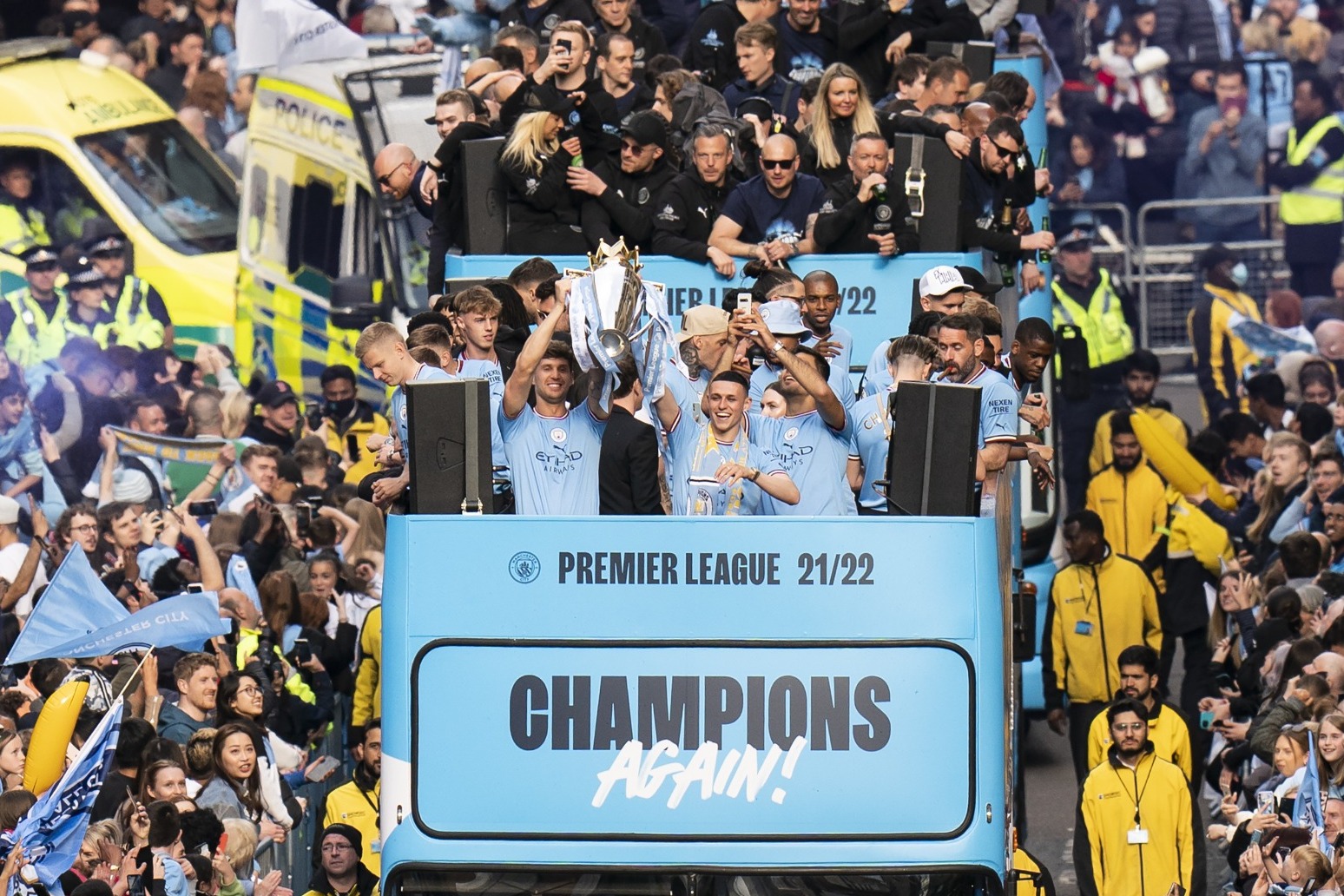 President Javier Tebas has a long-running issue with the two clubs, backed by the resources of Qatar’s sovereign wealth fund and Abu Dhabi’s ruling family respectively, over the way they are financed through sponsorship deals which he argues do not reflect the market.

Last month Tebas was furious when PSG extended the contract of striker Kylian Mbappe – a target for Real Madrid – with reported wages of £1million-a-week and a £100m signing-on bonus – a deal he described as an “insult to football”.

But he has taken that attack further by lodging formal papers with European football’s governing body against the Ligue 1 club, having already done so against the Premier League champions.

“This week, LaLiga has filed a complaint with UEFA against PSG, which adds to another against Manchester City in April, on the grounds that these clubs are in continuous breach of the current financial fair play rules,” a LaLiga statement read.

“LaLiga considers that these practices alter the ecosystem and sustainability of football, harm all European clubs and leagues, and only serve to artificially inflate the market, with money not generated within football itself.

“LaLiga understands that the irregular financing of these clubs is carried out either through direct injections of money or through sponsorship and other contracts that do not correspond to market conditions and do not make economic sense.”

The statement from LaLiga said those complaints could possibly be broadened with the addition of new information, with law firms hired in France and Switzerland to take formal action.

It is not the first time LaLiga has sought sanctions PSG and City for breaching financial fair play. It filed submissions in 2017 and 2018 only for them to be overruled by what the Spanish league claimed were “bizarre” Court of Arbitration for Sport rulings.

City did not comment but chairman Khaldoon Al Mubarak previously responded to another Tebas attack about inflating the market in 2019, saying: “He talks about how we distorted the market? There is a hypocrisy in this statement that is ironic.

“Number one, let’s look at the Spanish league, the time of breaking records on player acquisitions, I mean, who started that?

“Let’s go back to the world records, (Luis) Figo, (Zinedine) Zidane. These huge jumps in these transfers, where did they happen?

“Mr Tebas should look back at the history of that league and how distortion that has happened throughout the ages.”

PSG has been contacted for comment by the PA news agency.