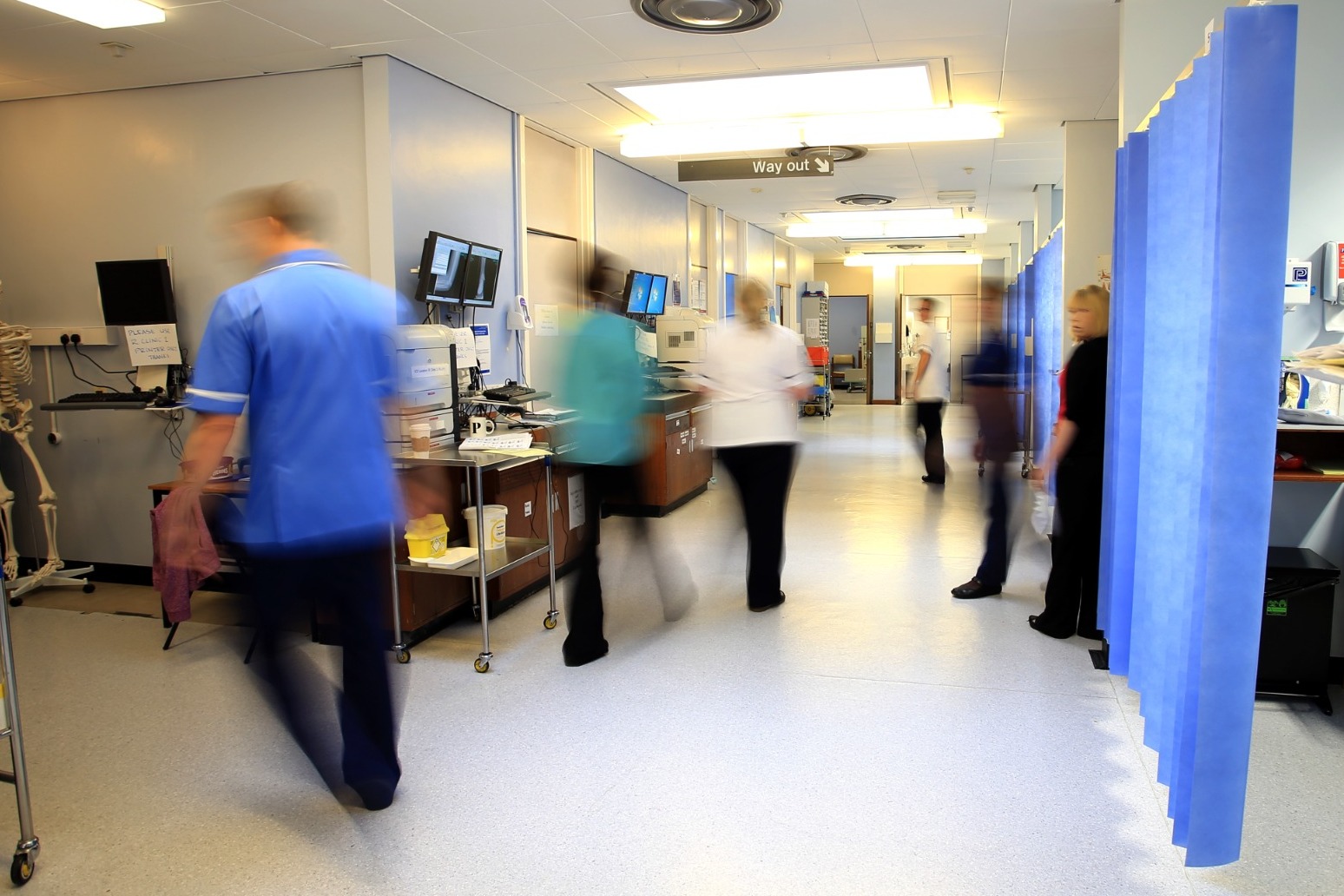 Concerns about bed shortages, emergency response times and poor care quality have risen sharply up the list of issues people are most worried about in the NHS, a new poll has found.

The survey found long waiting lists and waiting times to be the main issue of concern for the public, with 62% saying that this was their main worry about the NHS.

But while this was followed by not enough staff and overworked staff, both at 57%, concern about poor emergency response times, shortage of beds and poor quality treatment or care rose sharply between June and October.

The poll, carried out by Ipsos for the PA news agency, found that 52% of the 1,030 British adults quizzed in October listed poor emergency response, ambulance times and 999 service as a concern – up from 44% in June.

A shortage of beds rose from 40% to 51% – the largest jump of all the concerns – while poor quality of treatment or care increased from 26% to 35%.

Health leaders said the poll reflected the concerns the public have about the NHS, which is facing long ambulances response times, patients waiting for hours in packed A&E departments and struggling with widespread staffing gaps.

There are also fears that a combination of flu and Covid on top of an already stretched service could make the winter one of the toughest the health and care sector has ever faced.

Dr Adrian Boyle, president of The Royal College of Emergency Medicine, said the lack of confidence was the consequence of an “understaffed, under-funded” health and social care service with a shortfall of beds.

“Long waits for an ambulance and long waits in emergency departments are happening all over country and are increasing month on month,” he added.

Dr Boyle said that as well as the NHS having to expand capacity where “safely possible” and publish a fully funded long-term workforce plan, the social care workforce needed to be boosted to help discharge patients out of hospital.

Tim Gardner, senior policy fellow at the Health Foundation, said that its own polling had found supporting and expanding the NHS workforce was a “major priority” for the public even if additional funding was needed.

He added: “This latest polling from Ipsos is further confirmation that the public are increasingly worried about the severe pressures on health services.

“Workforce shortages remain the single biggest challenge facing the NHS, after a decade of underfunding that has left the health service with over 130,000 vacancies.

This is broadly unchanged from the survey in June, but still suggests the public are concerned about timely access to treatments.

Dan Wellings, senior policy fellow at the King’s Fund, said the numbers reflected that people were becoming increasingly frustrated, and there was anger about the state of the NHS.

He added: “The big shift right now is, and you can see it in the polling, behind all of this data are stories of people worried, people frustrated, people angry and less sure of the care they will receive now from the NHS.”

But he denied that the public were “falling out of love” with the health service, and added: “Support for the founding principles is as strong as it has ever been.

“The collective belief in the institution is still there. Despite being severely tested, the public’s love for the NHS is far from broken.”

Louise Ansari, national director at Healthwatch England, said: “People were significantly less confident that services would see them in a reasonable timeframe.

“However, people who received care for a life-threatening illness or injury were still confident in the quality of care they received.”

Matthew Taylor, chief executive of the NHS Confederation, said the findings echoed how worried health leaders are about the pressures the NHS faces this winter.

He added: “The NHS is doing everything it can in these circumstances and is making progress in key areas, such as by virtually clearing the list of patients who had been waiting the longest for an elective procedure, by carrying out a record number of cancer checks over the summer, and by carrying out 10% more GP appointments than before the pandemic but there is no escaping the fact that this is a troubling time.

“The Chancellor must see these achievements and the threat of the quality and safety of care deteriorating significantly as the case for increased and protected funding in the NHS in his imminent Autumn Statement.”

She added: “The NHS has announced extensive plans to prepare for winter including 24/7 control centres to manage demand and capacity across the entire country, falls response services and the recruitment of extra call handlers – so it is important that people continue to come forward for the care they need.”

A Department of Health and Social Care spokesperson said: “We know the NHS faces a challenging winter, which is why we’re working at speed to cut waiting times, boost capacity and ensure patients get the right care at the right time.

“The NHS has set out measures to increase capacity and resilience – such as creating the equivalent of 7,000 more beds, including innovative virtual wards – and we’re investing £500 million to speed up the safe discharge of patients from hospital, freeing up beds and reducing long waits in A&E.”