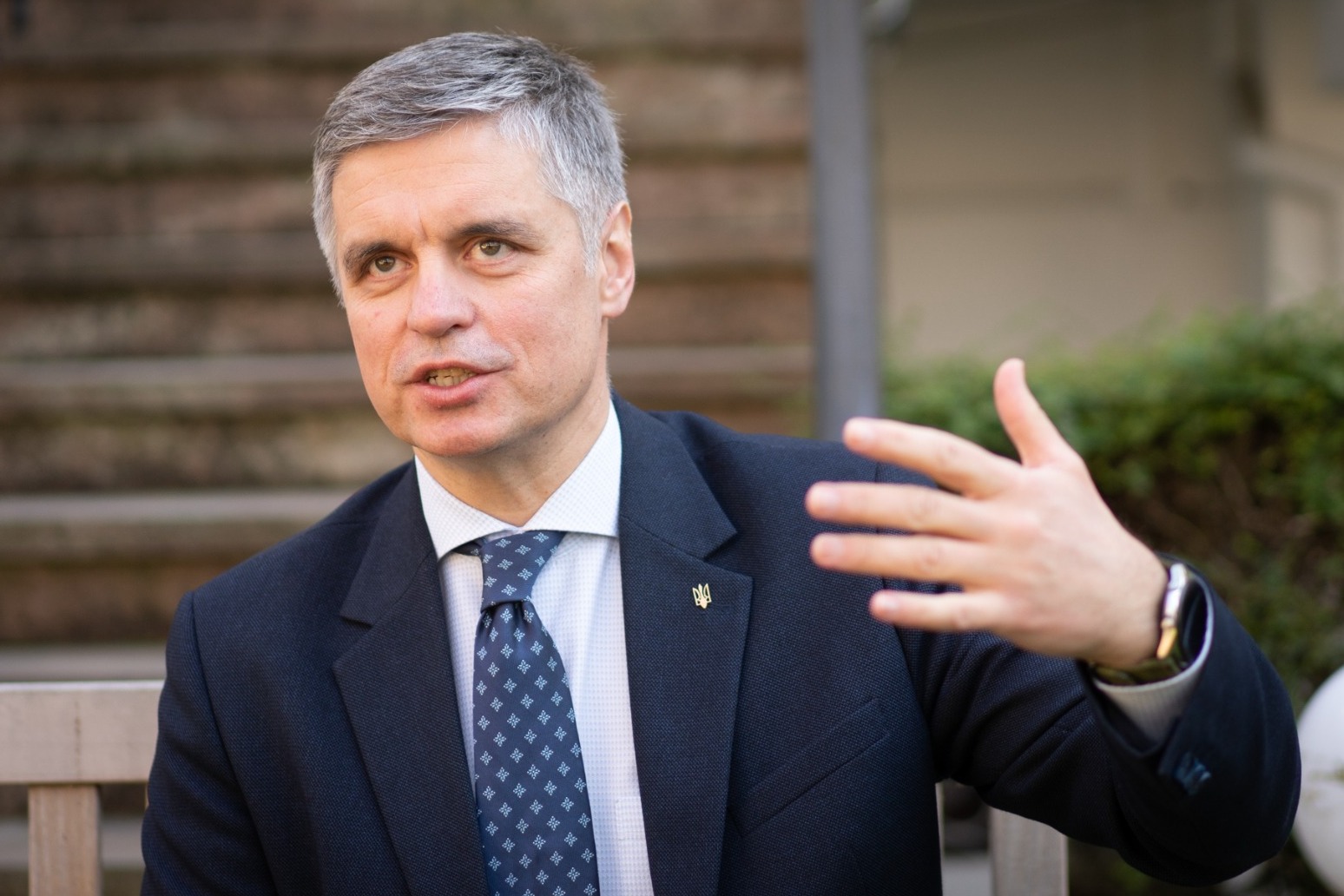 Vladimir Putin has embarked on a deadly war of attrition as Russia’s advance in Ukraine continues to stall in the face of fierce resistance, Britain’s chief of defence intelligence has warned.

Lieutenant General Sir Jim Hockenhull said the Kremlin has been forced to switch tactics, turning to the “reckless and indiscriminate” use of firepower which will inevitably lead to more civilian casualties.

The Russians have “enormous” stocks of artillery ammunition and could maintain their bombardment for weeks in an attempt to force Ukraine into submission, Western officials say.

The warning came as Mr Putin, Russia’s President, made a rare public appearance to address a mass flag-waving rally at Moscow’s Luzhniki Stadium to mark the eighth anniversary of his country’s annexation of Crimea.

He praised the efforts of Russia’s forces, declaring: “Shoulder to shoulder, they help and support each other.”

However, Gen Hockenhull said that, more than three weeks into the campaign, it is clear the Kremlin has still not achieved any of its initial objectives.

“It has been surprised by the scale and ferocity of Ukrainian resistance and has been bedevilled by problems of its own making,” he told journalists.

“Russian operations have changed. Russia is now pursuing strategy of attrition. This will involve the reckless and indiscriminate use of firepower.

“This will result in increased civilian casualties, disruption of Ukrainian infrastructure and intensify the humanitarian crisis.”

Foreign Secretary Liz Truss said on Friday that she fears peace talks between Russia and Ukraine are being used as a “smokescreen” by the Kremlin to allow forces to regroup.

In an interview with The Times, Ms Truss said: “If a country is serious about negotiations, it doesn’t indiscriminately bomb civilians that day.”

The minister said she was “very sceptical” about the negotiations, and added: “What we’ve seen is an attempt to create space for the Russians to regroup.”

She said: “We don’t see any serious withdrawal of Russian troops or any serious proposals on the table.”

Ms Truss told The Times that “the Russians have lied and lied and lied. I fear the negotiation is yet another attempt to create a diversion and create a smokescreen”.

At the same time, Mr Putin is tightening his control over Russian media in a bid to disguise the heavy losses his forces have suffered in battle, Gen Hockenhull said.

“The Kremlin is attempting to control the narrative, hide operational problems and obscure high Russian casualty numbers from the Russian people,” he said.

As many as 7,000 Russian troops have died so far in the fighting, including four major generals and a number of other senior officers, American sources estimate.

– President Joe Biden and China’s Xi Jinping spoke for nearly two hours by a video call as the US seeks to deter Beijing from providing military support for Russia.

– Ofcom revoked Kremlin-backed broadcaster RT’s UK licence with immediate effect after the regulator said it was not “fit and proper”.

– More than 150,000 people have registered interest in the UK’s Homes for Ukraine scheme to house Ukrainian refugees.

Russian forces have been continuing to pound the outskirts of the capital Kyiv, while the cities of Kharkiv, Sumy and Mariupol, where more than 2,500 civilians are reported to have died, remain under siege.

Earlier another missile strike was reported on an aircraft maintenance plant on the outskirts of the western Ukrainian city of Lviv, which has largely so far escaped the fighting.

Western officials are concerned that as Russia uses up its stock of precision weapons, it will turn increasingly to “dumb” bombs resulting in even more casualties among the civilian population.

“There is an enormous amount of artillery ammunition which the Russian forces hold. It may be a logistical challenge for them to get all of it in place,” one official said.

“But if they are able to get those supplies forward then they could mount that artillery bombardment for a very, very considerable period of time. Those bombardments could be very intense.”

He warned, however, that everyone in the military chain of command could be held responsible for war crimes they were involved in.

“The evidence being gathered points very much towards war crimes being committed in Ukraine,” he told Sky News.

“The culpability for war crimes sits absolutely with the leader of the Russian government, the man who decided to do all of this in the first place,” he said.

“It is not just Putin who ends up being responsible for war crimes as and when the evidence is gathered and people are held to account.

“They too are involved in the prosecution of war crimes in Ukraine. This is a stain on the Russian nation.”