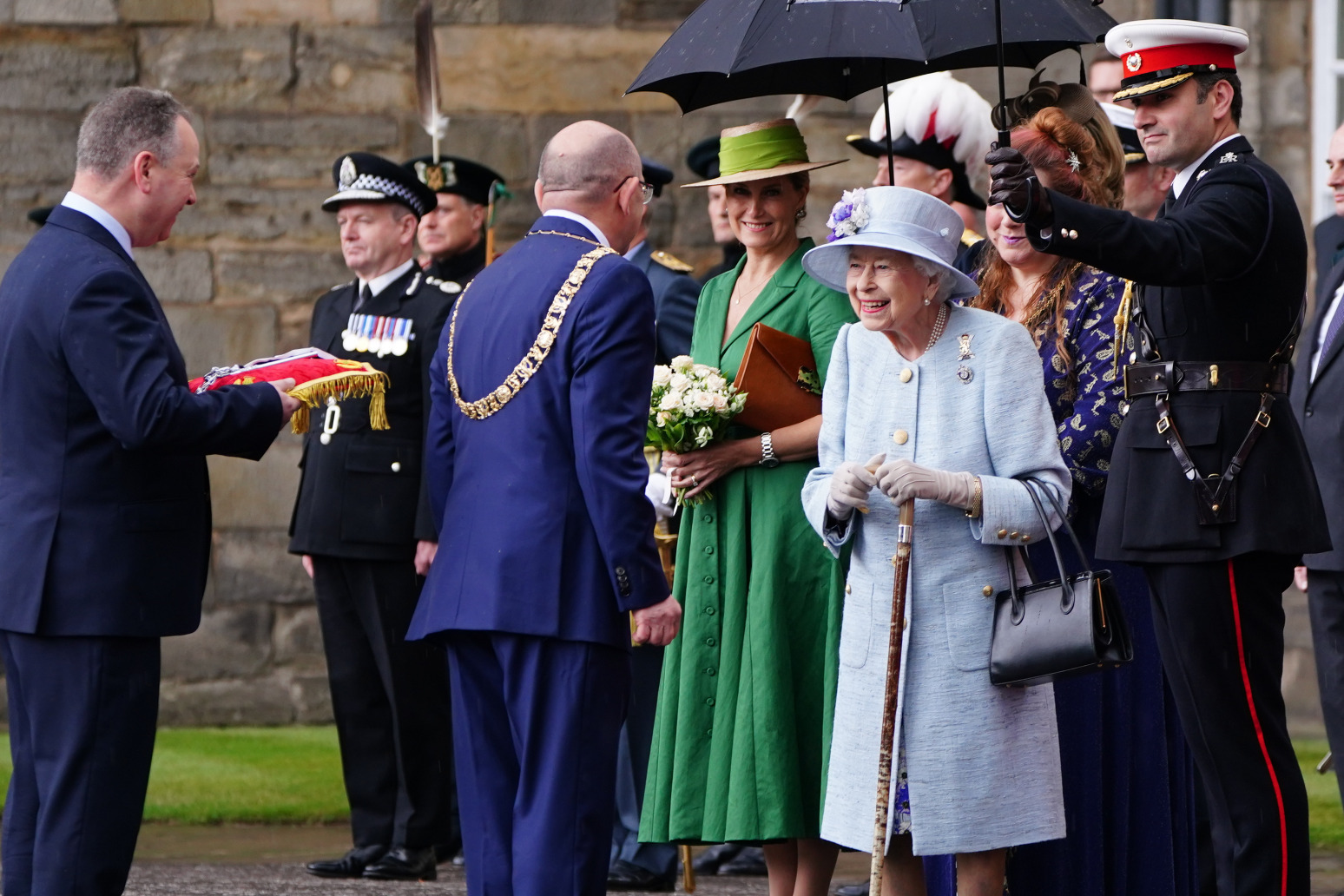 The Queen was joined by her youngest son, Edward, and his wife, Sophie, known as the Earl and Countess of Forfar while they are in Scotland

The Queen has arrived at her official residence in Scotland to open a week of traditional events north of the border starting with an ancient ceremony at the Palace of Holyroodhouse.

The 96-year-old monarch, who has cut back on public engagements due to mobility issues, was in the Scottish capital for the historic Ceremony of the Keys – the traditional opener to Holyrood week for the royals.

Dressed in a powder blue silk wool coat and dress by Stewart Parvin, paired with a hat by Rachel Trevor-Morgan, the Queen was symbolically offered the keys to the city by Edinburgh Lord Provost Robert Aldridge.

The tradition dictates that the monarch returns them, entrusting their safekeeping to the city’s elected officials.

The Queen was joined by her youngest son, Edward, and his wife, Sophie, known as the Earl and Countess of Forfar while they are in Scotland.

The Guard of Honour was provided by the Balaklava Company, the Argyll and Sutherland Highlanders, 5th Battalion The Royal Regiment of Scotland, which was inspected by Edward on the forecourt of the palace during the ceremony.

The trip comes after the recent Platinum Jubilee celebrations for the Queen, in which she pledged to continue to serve the country “to the best of my ability supported by my family”.