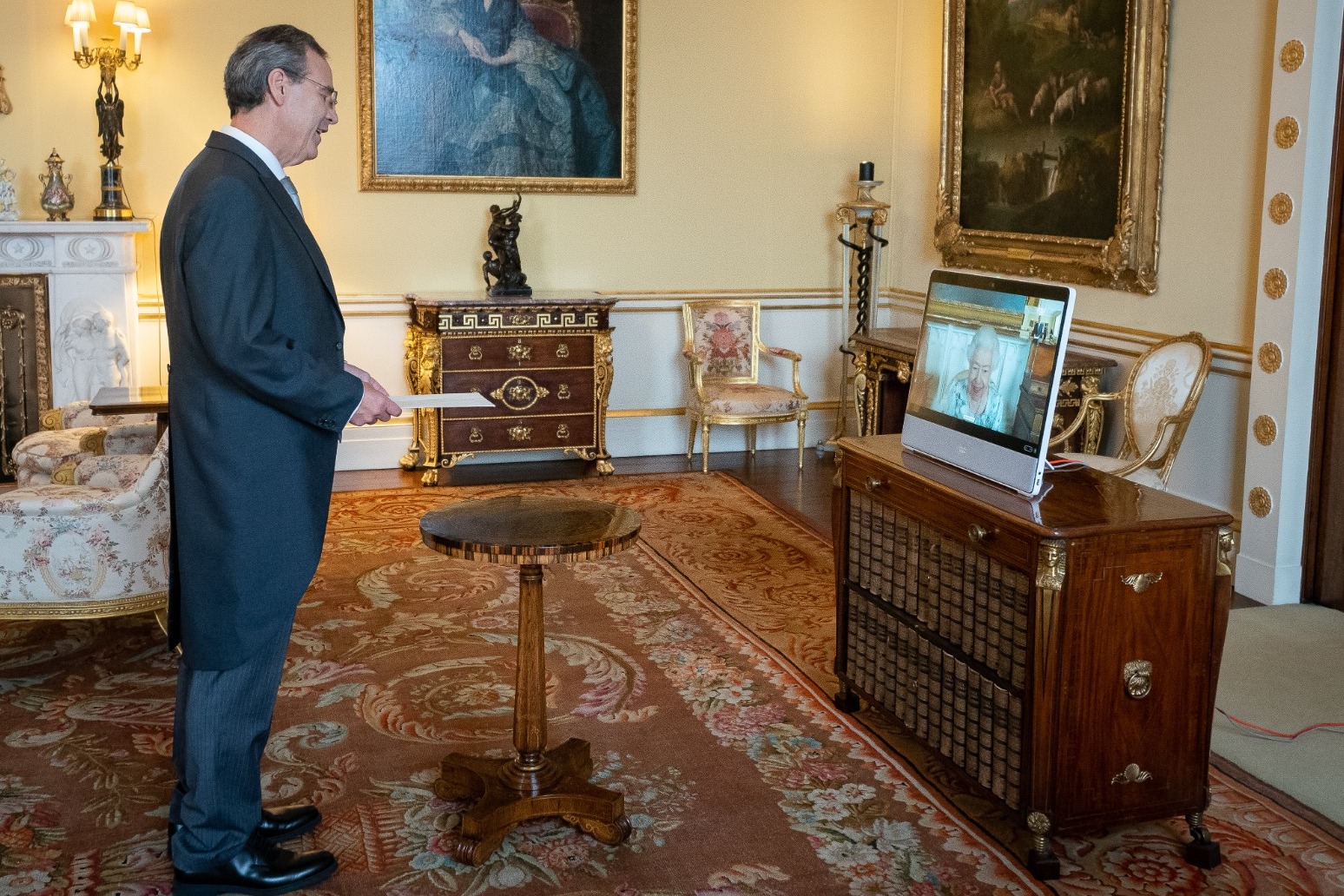 The Queen carried on with her official duties at Windsor Castle amid political upheaval in Westminster as Boris Johnson announced his resignation as Conservative Party leader, paving the way for a new Prime Minister.

The monarch, who spoke to Mr Johnson on the phone on Thursday morning after he finally agreed to quit, held two virtual audiences from her Berkshire residence.

She welcomed the ambassadors from Germany and the Kyrgyz Republic, who joined her via video-link from Buckingham Palace.

Sitting in the Oak Room, the head of state, whose 14th Prime Minister, Mr Johnson, will stand down after a new Tory leader is elected, could be seen smiling at her guests on screen.

Both German ambassador Miguel Berger and Kyrgyz Republic ambassador Ulan Djusupov presented the Letters of Recall of their predecessors and their own Letters of Credence.

The audiences took place shortly before Mr Johnson emerged from Number 10 to deliver his resignation statement to the nation.

The Queen will play an important constitutional role in the appointment of a new prime minister.

Mr Johnson will have to travel to see the head of state to formally tender his resignation after his successor as Tory leader has been appointed.

This could be at Balmoral Castle in the Scottish Highlands, where the Queen is expected to stay for her annual summer break until October.

As head of state, it is the Queen’s duty to appoint the prime minister who leads Her Majesty’s Government.

The Royal Encyclopedia states that the appointment of a prime minister is “one of the few remaining personal prerogatives of the sovereign”.

But the Queen is guided by constitutional conventions and can seek advice from the outgoing prime minister, any other political leader, senior Privy Counsellors, or whomever she pleases within the limits of prudence and caution.

Mr Johnson’s final duty is expected to be to tell the monarch which person has enough support to form the next government.