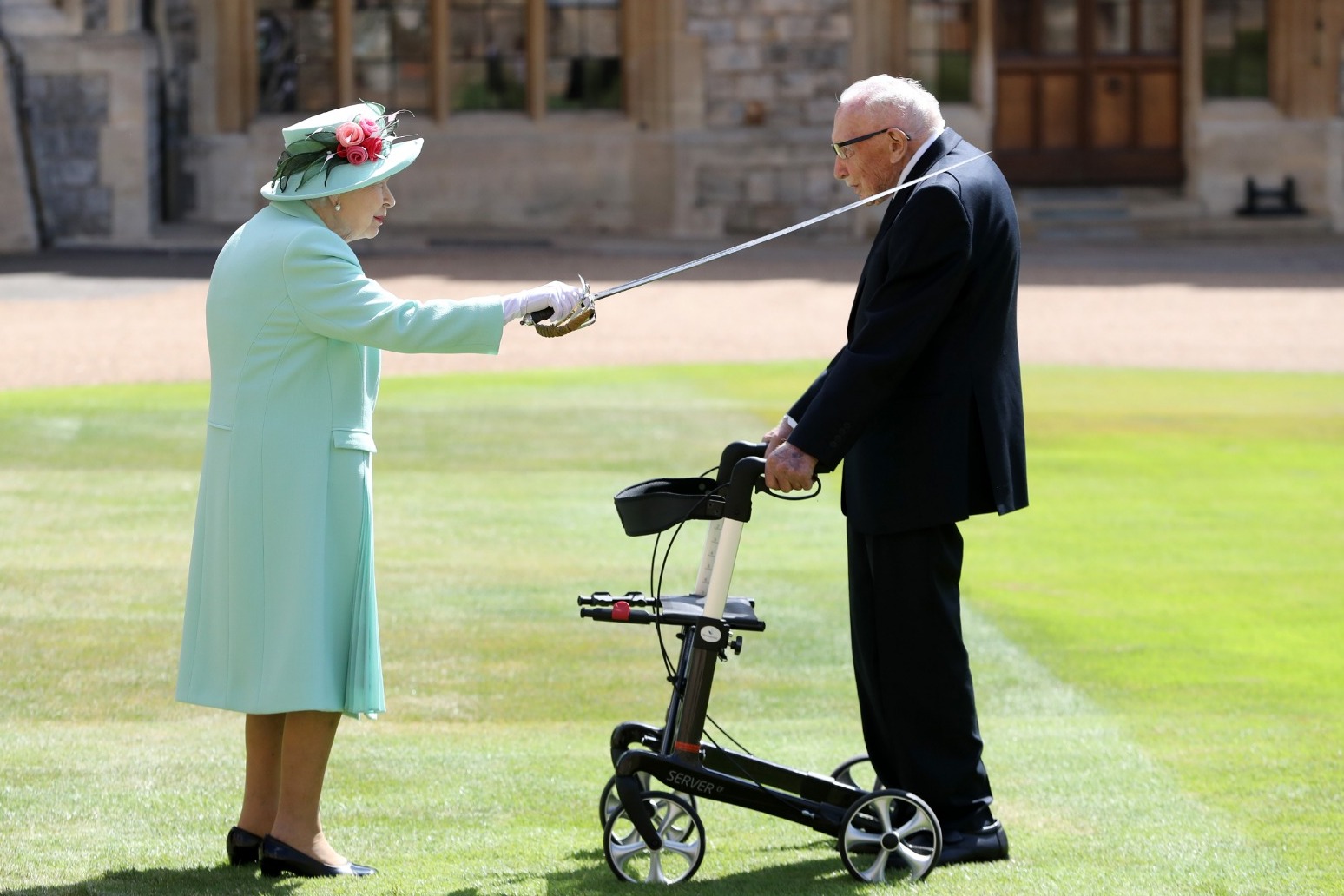 The Queen has offered her condolences to the family of Captain Sir Tom Moore who has died, aged 100, after inspiring the nation during lockdown.

A Buckingham Palace spokeswoman said the thoughts of the Queen and the royal family were with the military veteran and his family.

The Queen took the unusual step of honouring Sir Tom in the midst of the pandemic when she knighted him during an investiture, just for the veteran, in recognition of his efforts raising more than £32 million for the NHS.

Sir Tom was joined at the Windsor Castle ceremony by his family and on the day said he was “absolutely overawed” to be knighted.

A Buckingham Palace spokeswoman said: “The Queen is sending a private message of condolence to the family of Captain Sir Tom Moore.

“Her Majesty very much enjoyed meeting Cpt Sir Tom and his family at Windsor last year. Her thoughts, and those of the royal family, are with them, recognising the inspiration he provided for the whole nation and others across the world.”