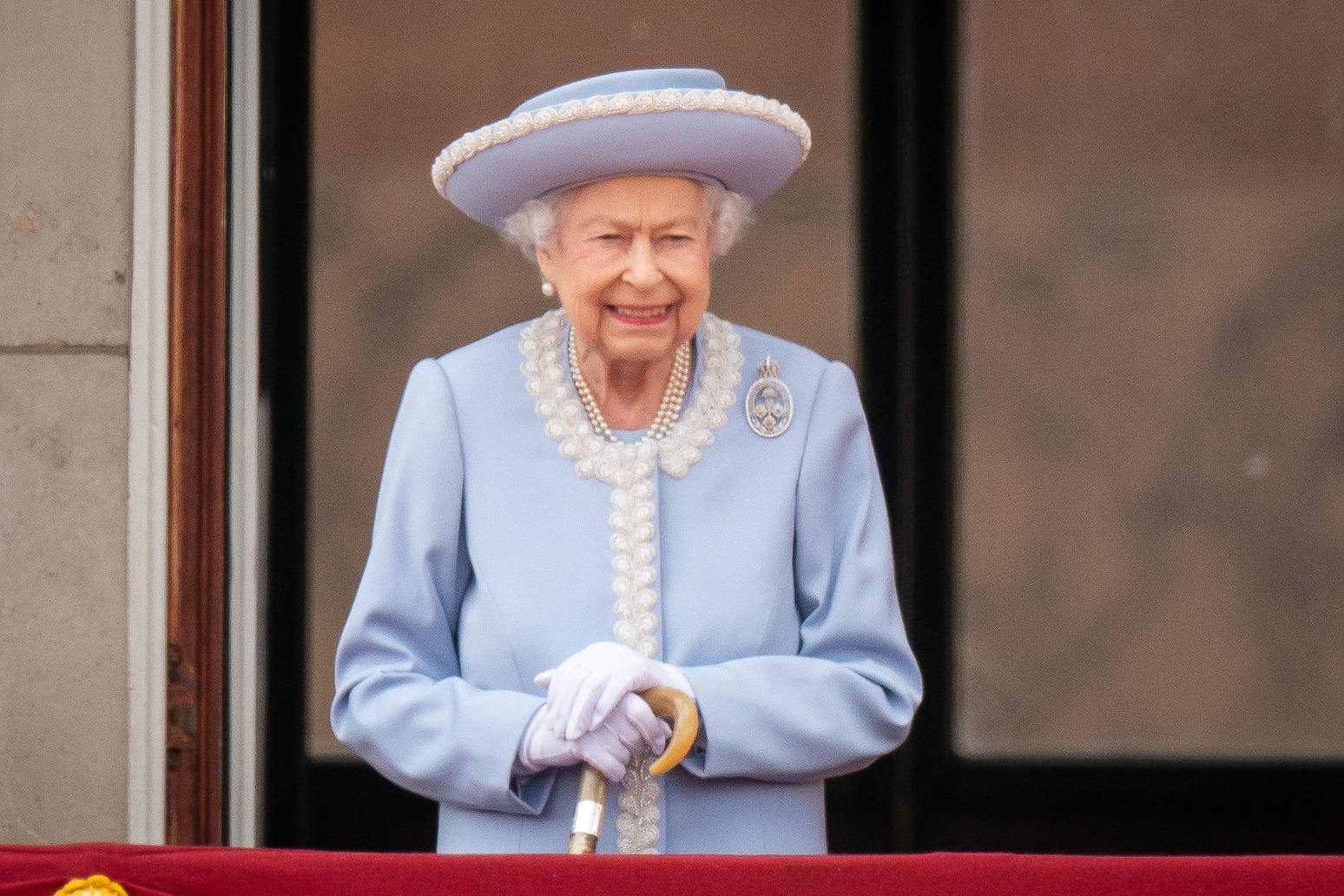 The Queen will miss the National Service of Thanksgiving at St Paul’s Cathedral after experiencing “some discomfort,” at her Platinum Jubilee celebrations, Buckingham Palace has announced.

The monarch is skipping the service on Friday “with great reluctance” but will still attend a beacon-lighting event at Windsor Castle on Thursday evening, the palace said.

She is believed to have experienced episodic mobility issues during Thursday’s events.

It is understood the decision was considered regrettable but sensible due to the length of the journey and time involved and the physical demands the service would require.

The Prince of Wales will officially represent the Queen at the service on Friday.

In a statement issued on Thursday evening, Buckingham Palace said: “The Queen greatly enjoyed today’s birthday parade and flypast but did experience some discomfort.

“Taking into account the journey and activity required to participate in tomorrow’s National Service of Thanksgiving at St Paul’s Cathedral, Her Majesty, with great reluctance, has concluded that she will not attend.

“The Queen is looking forward to participating in tonight’s beacon-lighting event at Windsor Castle and would like to thank all those who made today such a memorable occasion.”

It comes after the monarch took centre stage at her historic celebrations on Thursday, greeting crowds from the Buckingham Palace balcony, surrounded by her family.

Huge cheers erupted from thousands of well-wishers packed on to The Mall in central London as the monarch emerged for the flypast after Trooping the Colour.

Wearing sunglasses, the 96-year-old sovereign looked joyful as she surveyed the patriotic scenes, giving broad smiles as she enjoyed the aircraft display.

It was the second of two appearances from the monarch on the balcony on Thursday – the start of an extended Jubilee weekend marking her 70-year-reign.

Earlier, she joined her cousin the Duke of Kent on the famous frontage to take a salute of her soldiers returning from Trooping the Colour, after the Prince of Wales deputised for her on the parade ground.

Eighteen royals including the Queen stepped out to watch the high-profile flypast, with the Prince of Wales, the Duchess of Cornwall, the Duke and Duchess of Cambridge and their three children Prince George, Princess Charlotte and Prince Louis flanking the monarch.

The Queen leaned over to chat animatedly with four-year-old great-grandson Louis, who at one stage covered his ears, and reacted with his mouth wide open and eyes tightly shut as the aircraft thundered overhead.

The six-minute flypast of more than 70 aircraft, included Apache helicopters, Typhoons the Red Arrows and 15 RAF Typhoons that flew in the formation of the number 70, prompting smiles from the Queen.

Dressed in a dusky dove blue Angela Kelly coat which she wore for her official Jubilee portrait, and matching hat, the Queen was holding a walking stick and wearing the Guards’ Badge on her coat.

The Duke and Duchess of Sussex were among the guests who watched Trooping the Colour at Horse Guards from inside the Duke of Wellington’s former office, overlooking the parade ground.

They joined more than 30 royals including Camilla and Kate and the Queen’s extended family including all of her grandchildren.

It is believed to be the first time Kate and Meghan have met in person since the Sussexes left the UK in 2020 for a new life in America.

The crowds were earlier treated to the sight of George, Charlotte and Louis with Kate and their step-grandmother Camilla in a carriage procession.

As the spectators waved at the young royals the trio waved back in their first major public outing for a Jubilee and first carriage procession.

The monarch, who has mobility issues, deputised her usual role to future king, the Prince of Wales, who inspected the guardsmen in their scarlet tunics and bearskins and acknowledged their salute.

The nation is embracing the extended bank holiday weekend of pomp, pageantry and star-studded festivities, which will see celebrities and the public gather in their millions in tribute to the monarch.

Thousands of wellwishers draped in Union flags, party hats and plastic tiaras flocked to London for the spectacle.

The Queen limited those on the balcony for the flypast to working members of her family, her Cambridge great-grandchildren and two youngest grandchildren – a move she took after “careful consideration”, the palace said.

It meant there was no place for the Sussexes, who caused a royal crisis by quitting as senior royals, or the Queen’s disgraced second son, the Duke of York.