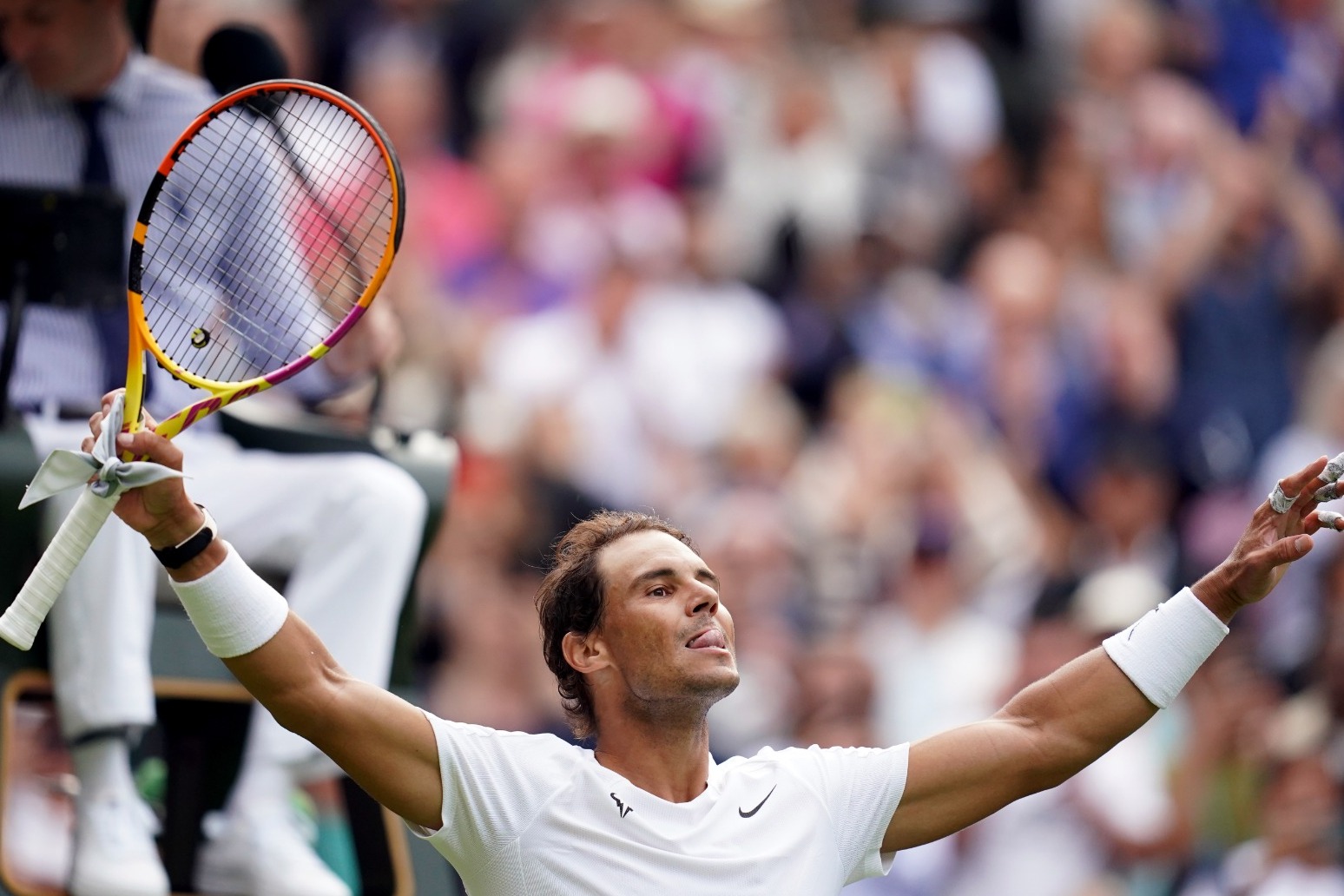 He won in four sets against Argentinian debutant Francisco Cerundolo

Rafael Nadal strode into the second round at Wimbledon just three weeks after he was on crutches following make-or-break treatment on a chronic foot injury.

The Spaniard, 36, underwent radio-wave therapy on the nerve in his left foot earlier this month with his career potentially on the line after winning his 14th French Open.

The procedure seems to have been a success as Nadal was given a serious run-around by Argentinian debutant Francisco Cerundolo.

“After three years of not playing here I’m very happy to be back,” he said.

“The last three years I didn’t put a foot on a grass court, so it always takes a while in my first match. Every day is a test and this was an important test.

“At the beginning of the tournament and under the circumstances I arrived here, the victory is the most important thing.

“Everyone knows I had to do some things on my foot, but the most important thing is I am in Wimbledon 2022 and I won my first match!”

The Spaniard is now more than halfway towards a calendar year grand slam and would become the first man to achieve it since Rod Laver in 1969 if he can add Wimbledon and the US Open to his Australian and French Opens.

Playing 22-time major champion Nadal on Centre Court on your Wimbledon debut should be a daunting prospect, but Cerundolo did not show any hint of nerves.

The 23-year-old from Buenos Aires had chances to break in the first and second sets, but it was Nadal who struck at the vital moments; in the 10th game to take the opener and for 4-2 in the second.

At a break down in the third Cerundolo looked down and out but, to his credit, he retrieved it and then snatched another before serving out the set at the third attempt.

A forehand winner which clipped the baseline brought up another break in the fourth for the rookie.

But old warrior Nadal hauled himself level again at 4-4 and roared with delight when Cerundolo floated wide on match point to end a breathless contest.