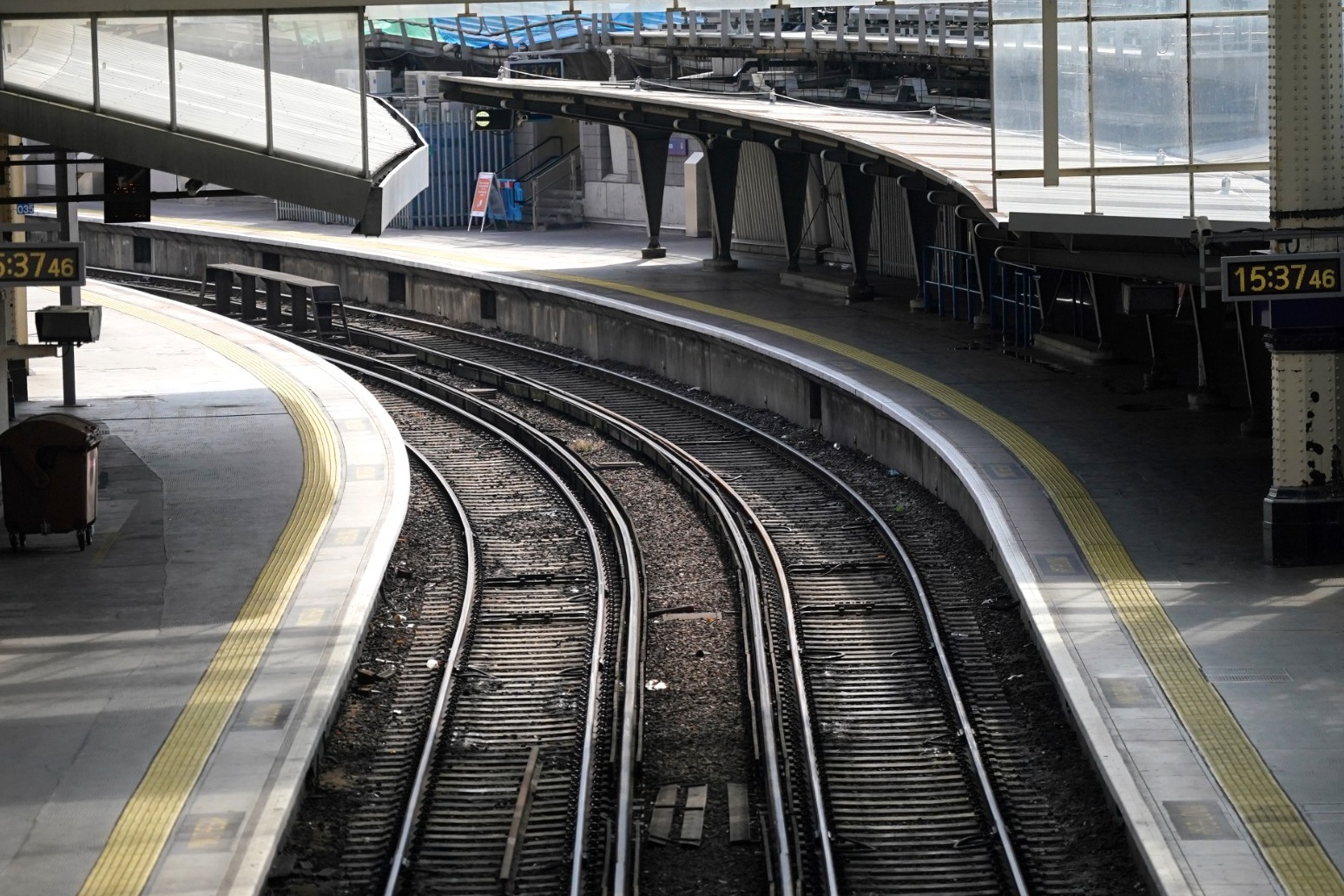 Rail union leaders have warned the long-running dispute over pay, jobs and conditions will continue “for as long as it takes” as a fresh strike caused travel chaos on Thursday.

Tens of thousands of members of the Rail, Maritime and Transport union (RMT), Transport Salaried Staffs Association (TSSA) and Unite walked out, affecting Network Rail and train operators across the country.

Only around one in five trains ran, with some areas having no services all day.

Another strike will be held on Saturday while RMT members on London Underground and London Overground, and some bus drivers in the capital in Unite, will take industrial action on Friday.

Mick Lynch, general secretary of the RMT, has written to the Transport Secretary, saying: “Your Government has made the decision to use taxpayer’s money to bail out private train companies from being liable for revenue lost because of industrial action on the condition the same companies comply with Government instructions to hold down pay, cut thousands of safety critical rail jobs, introduce Driver Only Trains and close ticket offices across the network.”

Mr Lynch said that the union has calculated that, including the previous and forthcoming industrial action, over £120 million of taxpayers’ money had been used to “bail out” private train companies.

He told the PA news agency: “Using taxpayers’ money to satisfy the anti-union agenda of the Tory party and seek to break the trade unions is shameful and means the dispute will be prolonged indefinitely as the train companies don’t lose a penny as a result of the industrial action and therefore have no incentive to settle the disputes.

“Instead of waging an ideological war against rail workers millions of voters would rather that the Government allow for a fair negotiated settlement.”

A Department for Transport spokesperson said: “Yet again, for the sixth time since June, union leaders are opting to inflict misery and disrupt the day-to-day lives of millions instead of working with industry to agree a deal that will bring our railways into the 21st century.

“Today, thousands of A-Level students across the country, many of whom have spent the majority of their college years studying at home due to the pandemic, are now being denied the chance to celebrate their hard work and dedication face to face with peers and teachers.

“It’s clear strikes are not the powerful tool they once were and union chiefs are no longer able to bring the country to a standstill as, unlike them, the world has changed and people simply work from home.

“All these strikes are doing is hurting those people the unions claim to represent, many of whom will again be out of pocket and forced to miss a day’s work.

“We urge union bosses to do the right thing by their members and let them have their say on Network Rail’s very fair deal, which will deliver the reforms our rail system urgently needs. It’s time to get off the picket lines and back around the negotiating table – the future of our railway depends on it.”

Manuel Cortes, TSSA general secretary, said: “Our members have been magnificent today. They are not renowned for their militancy, and in fact for many this is the very first time they have taken part in industrial action.

“They have been forced into today’s and Saturday’s action as a result of their employer’s intransigence no doubt aided and abetted by Grant Shapps.

“We very much hope that common sense will now prevail, and the train operators will make a revised offer, as we have heard nothing from them since their derisory and insulting 2% pay offer with more strings attached than a violin quartet many weeks ago. If they do, we will engage in further discussions with them at once.

“But for this to happen, Grant Shapps must either come to the table or give train operators the mandate to negotiate and break this impasse.

“We are also continuing to engage with Network Rail and talks are ongoing. We hope the gap between us can soon be closed.

“Unless a negotiated settlement which is acceptable to our members is reached, this dispute will continue for as long as it takes.”

Mr Lynch said London Tube bosses were having secret negotiations with the Government about cutting costs by making workers pay for the funding crisis “created by this Government”.

He said: “We are seeking the support of the public in this fight to protect not only Tube workers but the service levels expected for a major city like London.”

Transport for London (TfL) urged people to avoid travelling on the Tube and only travel if essential on the rest of the network on Friday and until 8am on Saturday.

The Unite bus strike will affect London United routes through west and south-west London and parts of Surrey.

In total, 57 routes will not be operating and there will be no Night Bus service on affected routes on Friday and Saturday.

Andy Lord, TfL’s chief operating officer, said: ”I would like to apologise to our customers for the strike action being carried out by RMT and Unite, which will have a significant impact on the city’s transport network.

“I understand how frustrating these strikes are and I’d like to remind the RMT and Unite that it’s not too late to work with us, Arriva Rail London and RATP (which runs the London buses affected by the strike) to find a resolution and avoid the huge disruption this action will cause to people’s journeys and to the economy.

“Customers should check before they travel from 18-21 August, as strike action is impacting different modes of transport each day.

“For 19 August, we are urging our customers to avoid travelling on the Tube and only travel if essential on the rest of the network.

“We expect little to no service on the Tube until 8am on Saturday 20 August and alternative travel modes are likely to be busy. Please consider walking and cycling if you need to travel.”

A spokesperson for the Mayor of London, Sadiq Khan, said: “Discussions on TfL funding are ongoing with the Government, but TfL has been clear that nobody has or will lose their jobs because of the proposals previously set out, and that all changes are always subject to full consultation with staff and trade unions.

“Sadiq has also been clear that the Government should not use TfL employee terms and conditions as a bargaining tool in funding negotiations.

“The Mayor regularly meets and works with the RMT and other trade unions, and Sadiq welcomes their calls for the Government to bring forward a sustainable funding deal for TfL that is fair and supports London’s recovery and transport workers.”