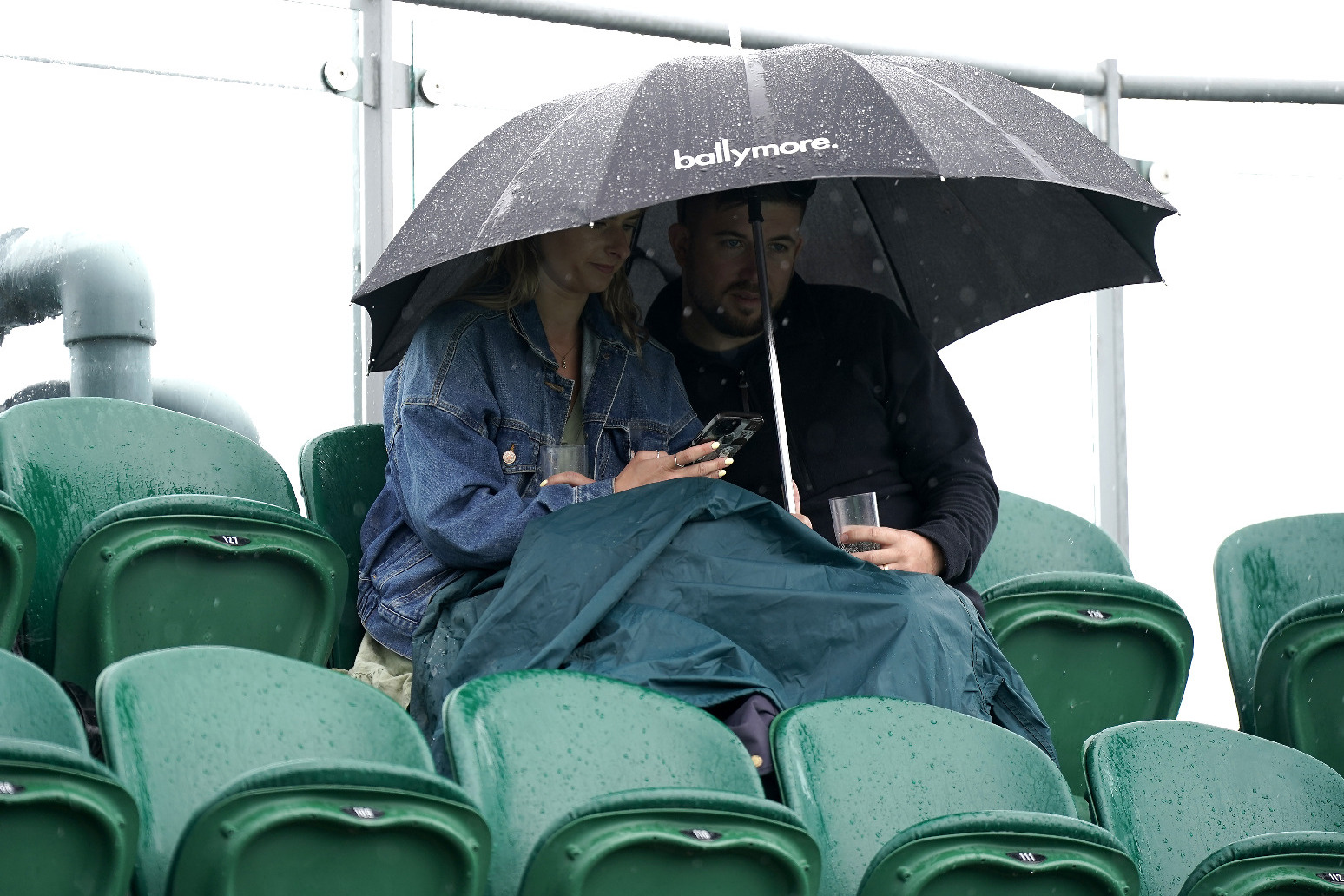 Nine Britons are in action on day one at SW19

Play was halted by rain after just 40 minutes of the opening day at Wimbledon.

Play was suspended on all the outside courts and will not begin before 1pm at the earliest.

Top seed Novak Djokovic will begin his title defence against South Korea’s Kwon Soon-woo, under the roof if needed, on Centre Court.

Britain’s Emma Raducanu and Andy Murray are also in action on Centre Court later on Monday.