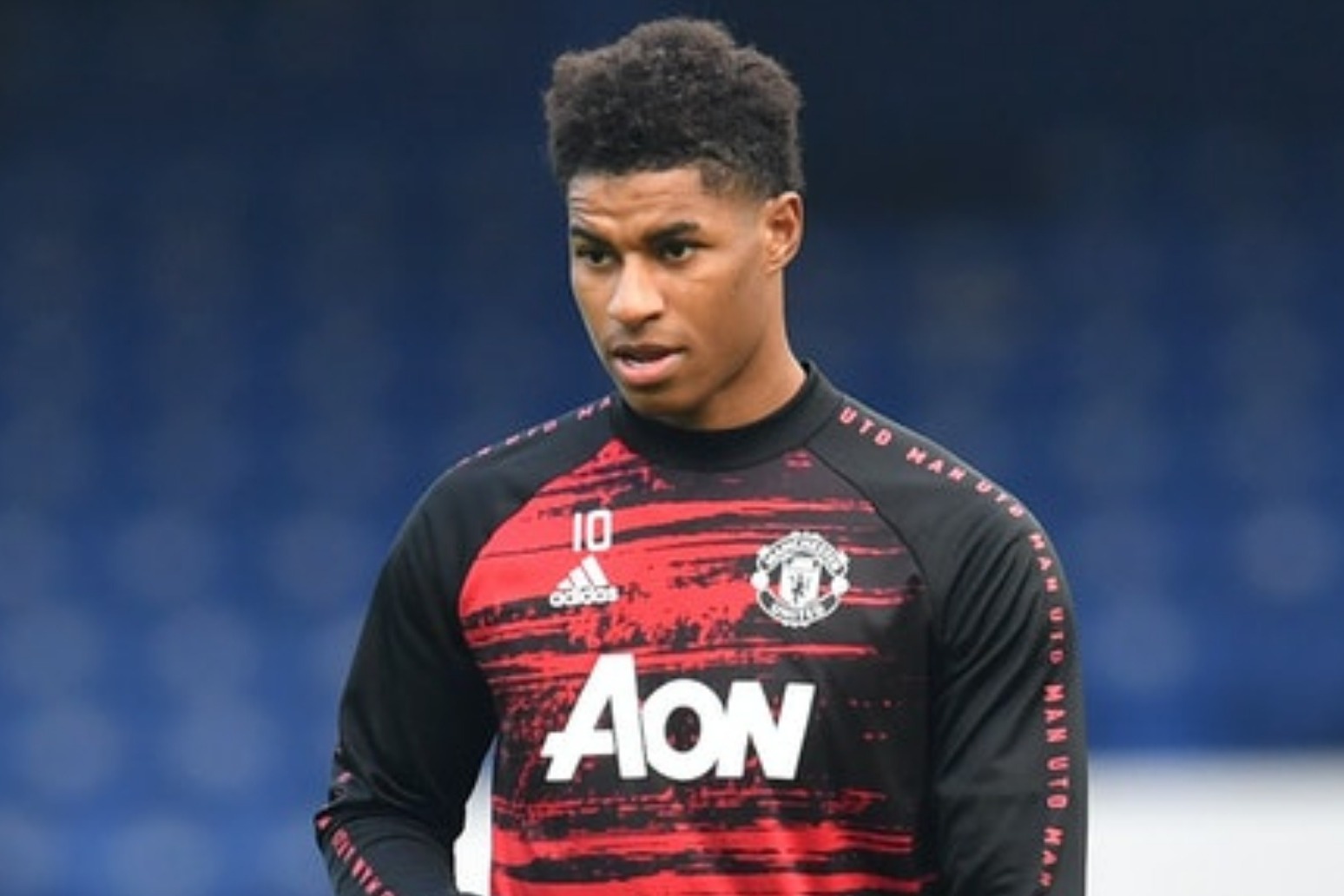 England footballer Marcus Rashford has hailed the power of “kindness and compassion” after the Government U-turned over providing free meals to disadvantaged children during the Christmas holidays.

The Prime Minister personally phoned the Manchester United star on Saturday to alert him to the decision to lay on £170 million of extra funding for the measure.

The money will pay for the Covid Winter Grant Scheme to support families over the season while the Holiday Activities and Food programme will be extended to cover the Easter, summer and Christmas breaks in 2021, the Department for Work and Pensions (DWP) announced.

Rashford said he was “so proud” of those who had united behind his campaign and that he was “overwhelmed by the outpouring of empathy and understanding”, promising his supporters to “fight for the rest of my life” to end child hunger in the UK.

In a statement posted on Twitter on Sunday morning, Rashford said he wanted to reflect on what had happened over the past few weeks.

“I am so proud of ‘us’ as a collective. ‘Us’ being the local businesses, charity workers, volunteers, teachers, social workers, carers and key workers.

“Together we have demonstrated the power of kindness and compassion. We have shown that when it comes down to the wire, we will always have each other.

“Seeing the role everyone has played in supporting our most vulnerable children has been the greatest moment of my life.

“I have been overwhelmed by the outpouring of empathy and understanding.

“I am fully committed to this cause, and I will fight for the rest of my life for it, because in my mind, no child should ever go hungry in the United Kingdom.

“I don’t want any child to go through what I went through, and any parent to experience what my mother experienced,” he said.

As part of the package, Healthy Start payments, which help expectant mothers and those with young children on low incomes and in receipt of benefits to buy fresh fruit and vegetables, are set to rise from £3.10 to £4.25 a week from April 2021.

Rashford said he had a “good conversation” with the Prime Minister following his team’s Premier League clash against Everton on Saturday.

“There is still so much more to do, and my immediate concern is the approximate 1.7 million children who miss out on free school meals, holiday provision and Healthy Start vouchers because their family income isn’t quite low enough, but the intent the Government have shown today is nothing but positive and they should be recognised for that.

“The steps made today will improve the lives of near 1.7 million children in the UK over the next 12 months, and that can only be celebrated,” Rashford said.

The U-turn comes after the Government last month whipped Conservative MPs to vote against a Labour motion in the House of Commons calling for the extension of free school meal provision following Rashford’s campaign.

Businesses and councils across the country stepped into the breach following the result, announcing they would fund meals during the October half-term for those who needed them.

The striker’s petition for pupils in disadvantaged families to have their meals paid for during the holidays went on to attract more than one million signatures – mass backing which piled pressure on Downing Street to commit to more support.

Labour’s shadow education secretary Kate Green accused the Government of “incompetence and intransigence” in waiting until after the autumn half-term to make the announcement, and said ministers had “created needless and avoidable hardship for families across the country”.

The DWP confirmed the £170 million worth of winter grants would be administered by councils in England rather than schools.

The funding will be ring-fenced, with at least 80% earmarked to support with food and bills, and will cover until the end of March.

Local authorities will receive the funding at the beginning of December.

The Government also said up to £220 million is being invested in the Holiday Activities and Food programme, with disadvantaged children able to get healthy food and take part in activities over summer, Christmas and Easter in 2021.

England’s children’s commissioner Anne Longfield welcomed the announcement but called on ministers to “go further” with its Universal Credit support – a move backed by the Child Poverty Action Group.