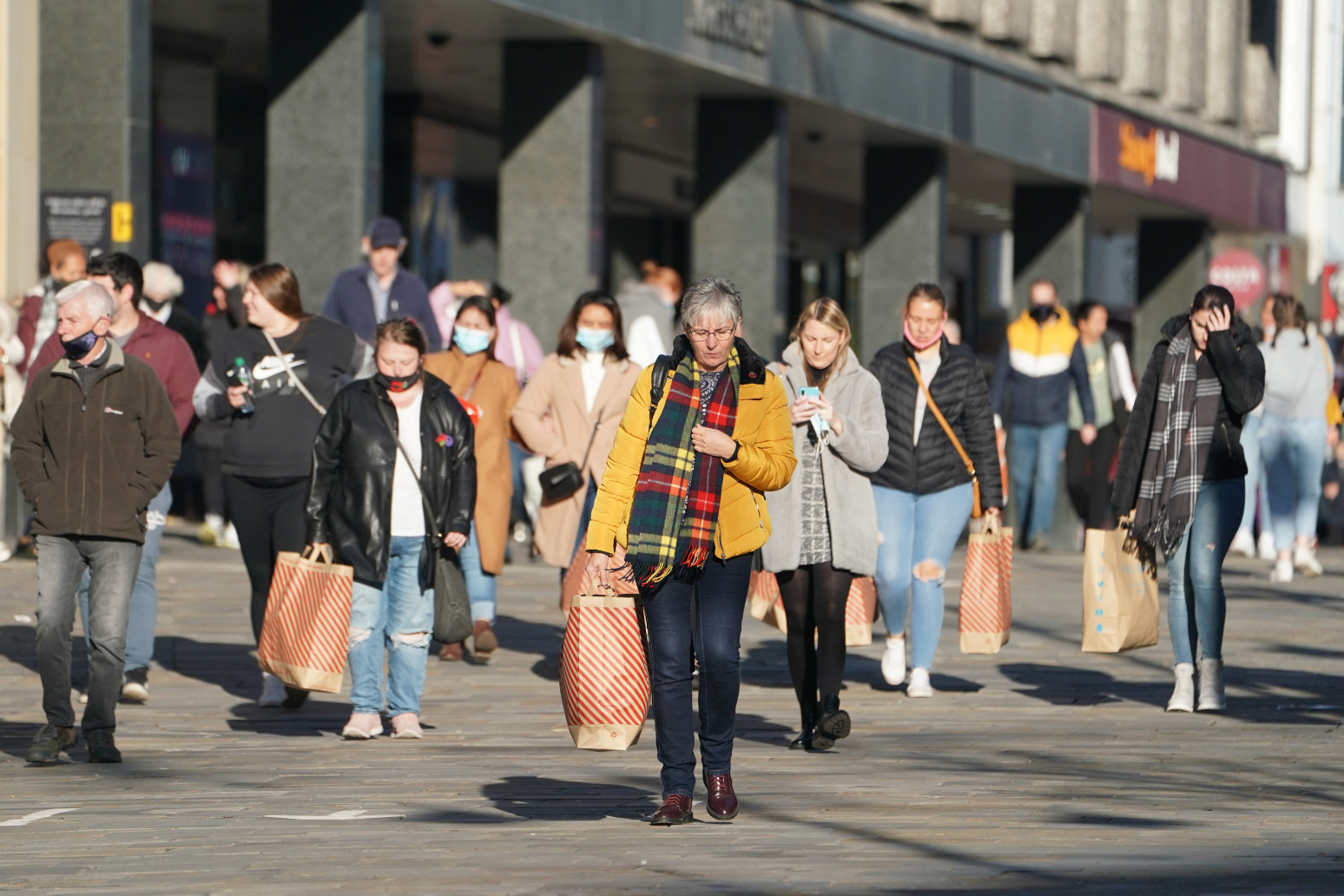 The Office for National Statistics say that retail sales volumes dropped by 2.5 per cent between June and July

UK retail sales slipped last month to the weakest performance since shops reopened in April after lockdown restrictions, according to official figures.

The Office for National Statistics (ONS) said retail sales volumes dropped by 2.5% between June and July 2021 but remain 5.8% ahead of pre-pandemic levels.

It said this was partly driven by a decline in food store sales which were impacted by customers returning to hospitality venues and the end of the Euro 2020 football tournament.

The figures come significantly below the expectations of analysts, who had forecast an increase of 0.2% for the month.

Food store sales slipped by 1.5% for the month, compared with a 3.9% rise in the previous month.

Meanwhile, non-food stores, such as fashion chains, reported a 4.4% decline in volumes.

The slump was particularly driven by falls for second-hand goods stores and computer and telecoms equipment stores, the ONS said.