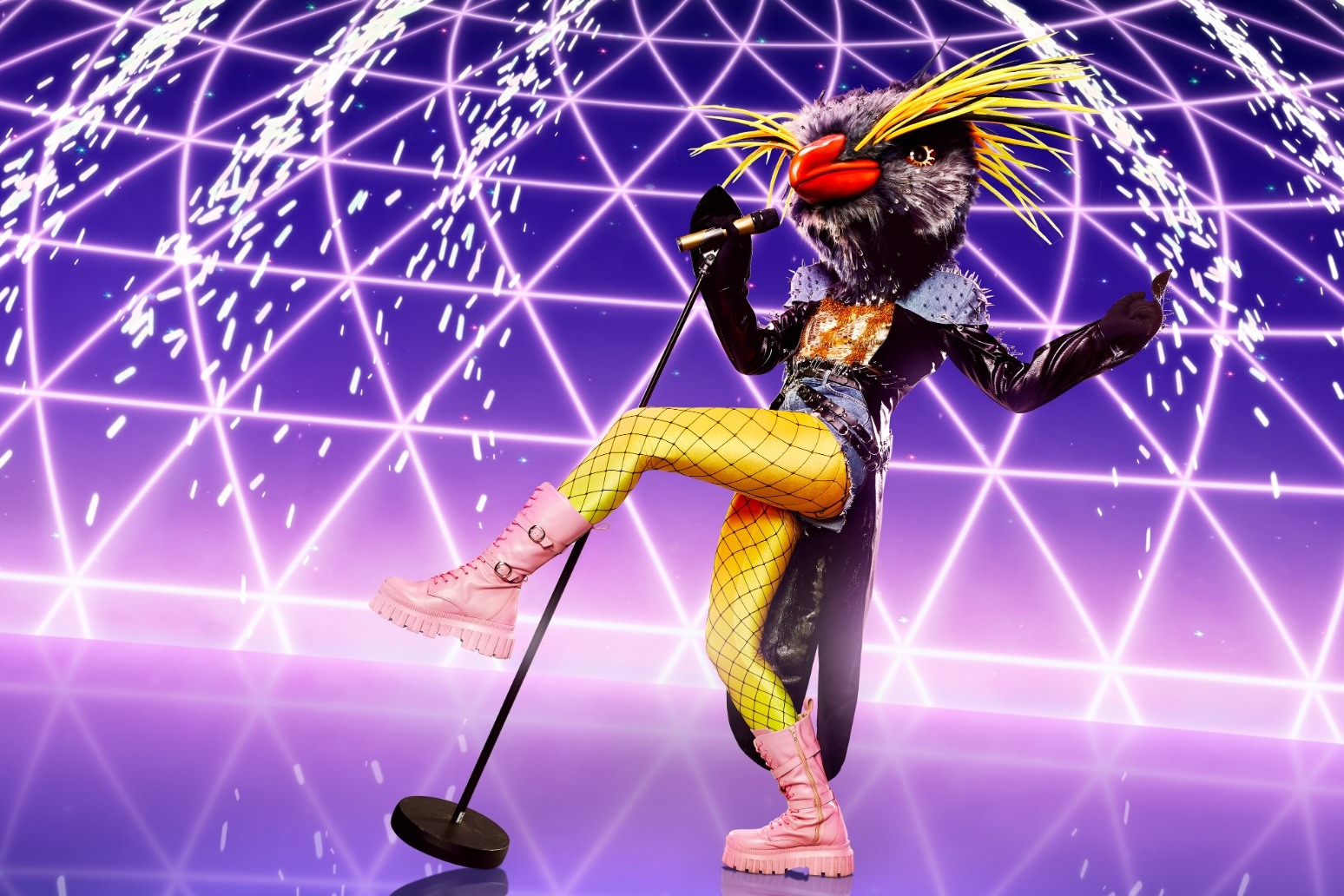 Destiny’s Child singer Michelle Williams left The Masked Singer panel visibly shocked as she was revealed to be Rockhopper on the ITV show.

Rita Ora, Mo Gilligan, Davina McCall, Jonathan Ross and guest judge Dame Joan Collins were stunned when the performer removed her mask and was shown to be the US star.

The panel had previously guessed Rockhopper to be Fergie, Jamelia and Nicole Scherzinger.

Ora told her: “You did so good, you confused the hell out of us.”

Dame Joan, who had guessed Rockhopper was Scherzinger, said: “She was brilliant, gorgeous, you’re so exquisite and chic and stylish.”

Williams replied: “I’ve had a blast to come on here and be singing. It’s been awesome.”

Rockhopper’s unmasking means Mushroom, Panda and Robobunny will go through to the grand final of the ITV show.

Earlier in the semi-final, Aled Jones was revealed as Traffic Cone.

After his identity was revealed, he said: “Can I go back to being classical and choral now?”

Asked why he wanted to take part he said: “It’s so uplifting and when will I ever sing Rick Astley and the Pina Colada song again?”

After he was unmasked, judge Jonathan Ross said: “I’m kicking myself.”

Jones had dazzled the panel with his rendition of Escape (The Pina Colada Song) by Rupert Holmes.

After his identity was disclosed, Jones wrote on Twitter: “What a brilliant fun experience! Singing stuff I don’t normally get to do!

“Thanks so much @maskedsingeruk and @itv – come and join #TrafficCone on tour end of the month and through March.”

The Masked Singer final is on ITV at 7pm on February 12.