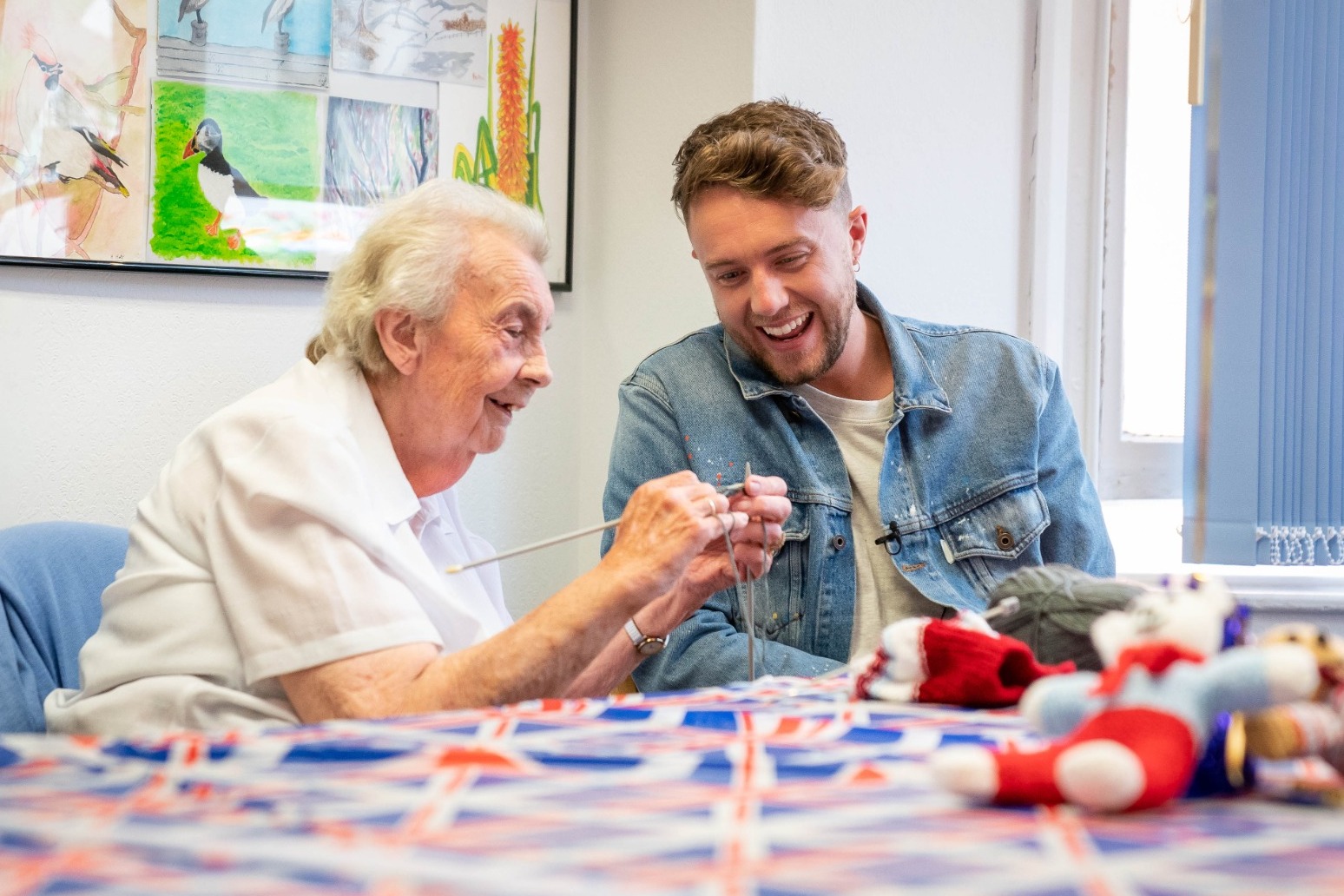 Radio presenter Roman Kemp has detailed the “really, really scary” moment he was tear gassed ahead of the Champions League final in France at the weekend.

The 29-year-old said there was “hostility straightaway” from French police after he arrived at the Stade de France in Paris on Saturday.

He said police funnelled the thousands of Liverpool fans through a narrow alleyway, which was under a metre wide and had a concrete wall on either side, causing one of his friends to have a panic attack.

And he accused officers of laughing at fans before tear gassing them.

He said: “No one is kicking off and then all of a sudden, tear gas starts getting thrown at us. All of a sudden, the pepper spray starts coming out from the top, right around the gates, and all those types of things.

“And people are panicking. There were boys there. Young kids were in there. People (were) trying to hold up their kids.”

Kemp said he saw one fan, who was with his visually impaired father, being pushed by police.

He said “nothing was happening” to provoke officers’ response, adding: “It was the worst experience I’ve ever had in a football ground.”

The presenter said he saw upstanding behaviour from fans all weekend, with Liverpool supporters “respectful of the owners” at every bar he went into ahead of the match, which saw Spanish giants Real Madrid win 1-0.

He added: “They weren’t spilling out on to the street. It was great. Honestly, they were sticking to their areas. There was no trouble. I didn’t see one fight or anything that people associate with ‘football hooliganism’ and things like that. There was nothing. (Everyone was) really, really polite.”

Kemp said he has been “really annoyed” at tweets suggesting Liverpool fans were to blame.

He added: “I’m not a Liverpool fan but I’ll tell you right now, they did absolutely nothing wrong.

“And it was just so, so horrendous. It was discriminatory against Liverpool fans.

“And the reason I say that they should investigate it is because when we got in there, all the Real Madrid fans were in there and the Liverpool fans were not in there at all. It was crazy. It was absolutely crazy.

“And then they have the cheek of it to say, ‘Oh, the game’s kicked off (late) because of the late arrival of fans’. It wasn’t! They wouldn’t let you in! It was really, really scary.”

British MPs have called for an investigation amid condemnation of the way the Premier League club’s supporters were treated, with Ian Byrne, Labour MP for Liverpool West Derby, who attended the match, saying he has not witnessed such scenes since the 1989 Hillsborough disaster.

He has written to Foreign Secretary Liz Truss with a list of seven demands, including a formal probe and apologies, aimed at UEFA and the French authorities.