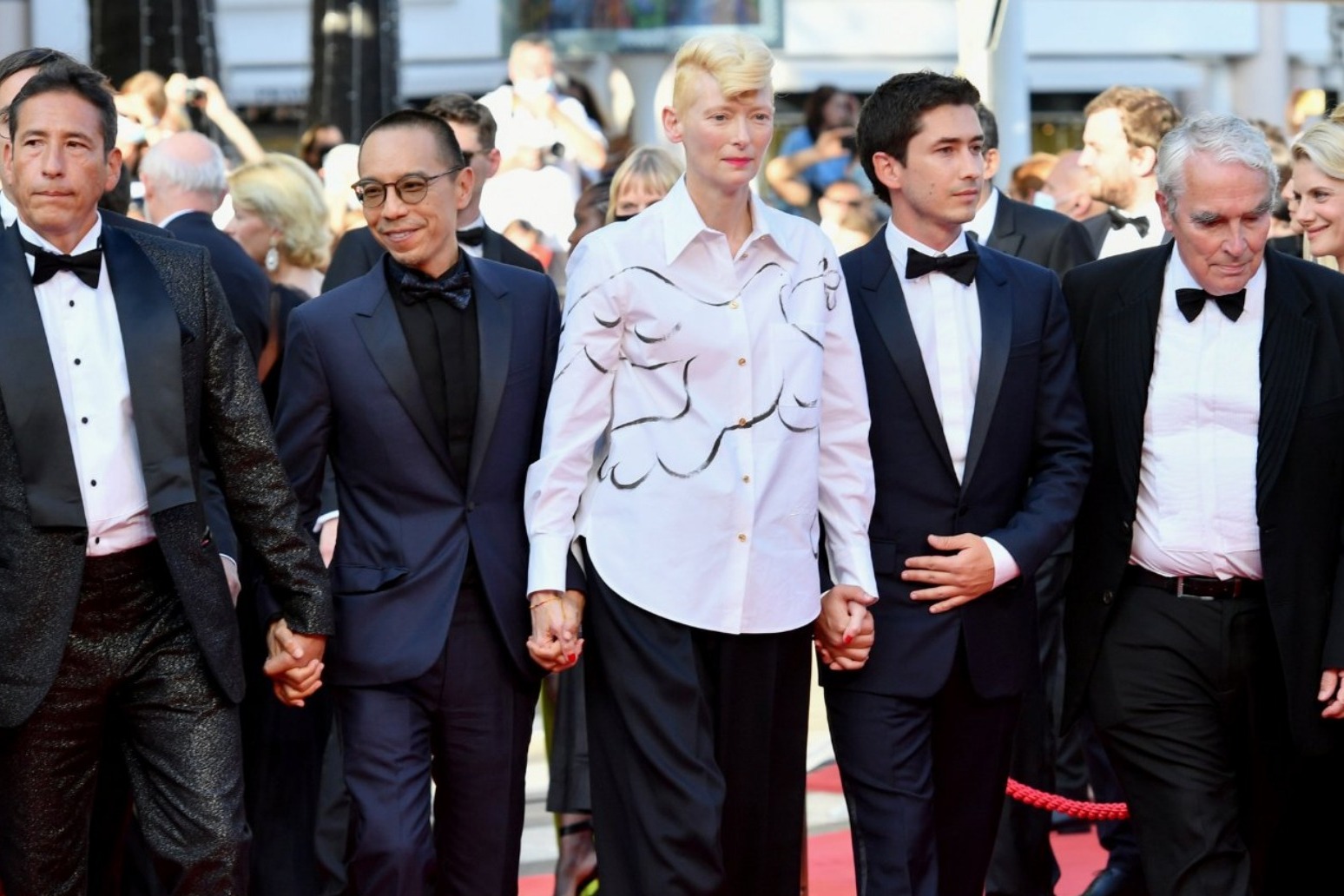 Rosamund Pike, Tilda Swinton and Gemma Chan dazzled at the screening of OSS 117: From Africa With Love at the Cannes Film Festival.

The French spy comedy drew a number of Hollywood stars on the final day of the annual event on the French Riviera.

Swinton showed off her quirky sense of style in a white shirt featuring a dove in black, completed with gold buttons, which she wore with loose black trousers.

The actress, who turned 60 in November, wore her strawberry blonde hair in a dramatic quiff.

Stopping to wave to fans, she wore her blonde hair in a straight bob.

The actress paused to blow a kiss to the assembled fans.