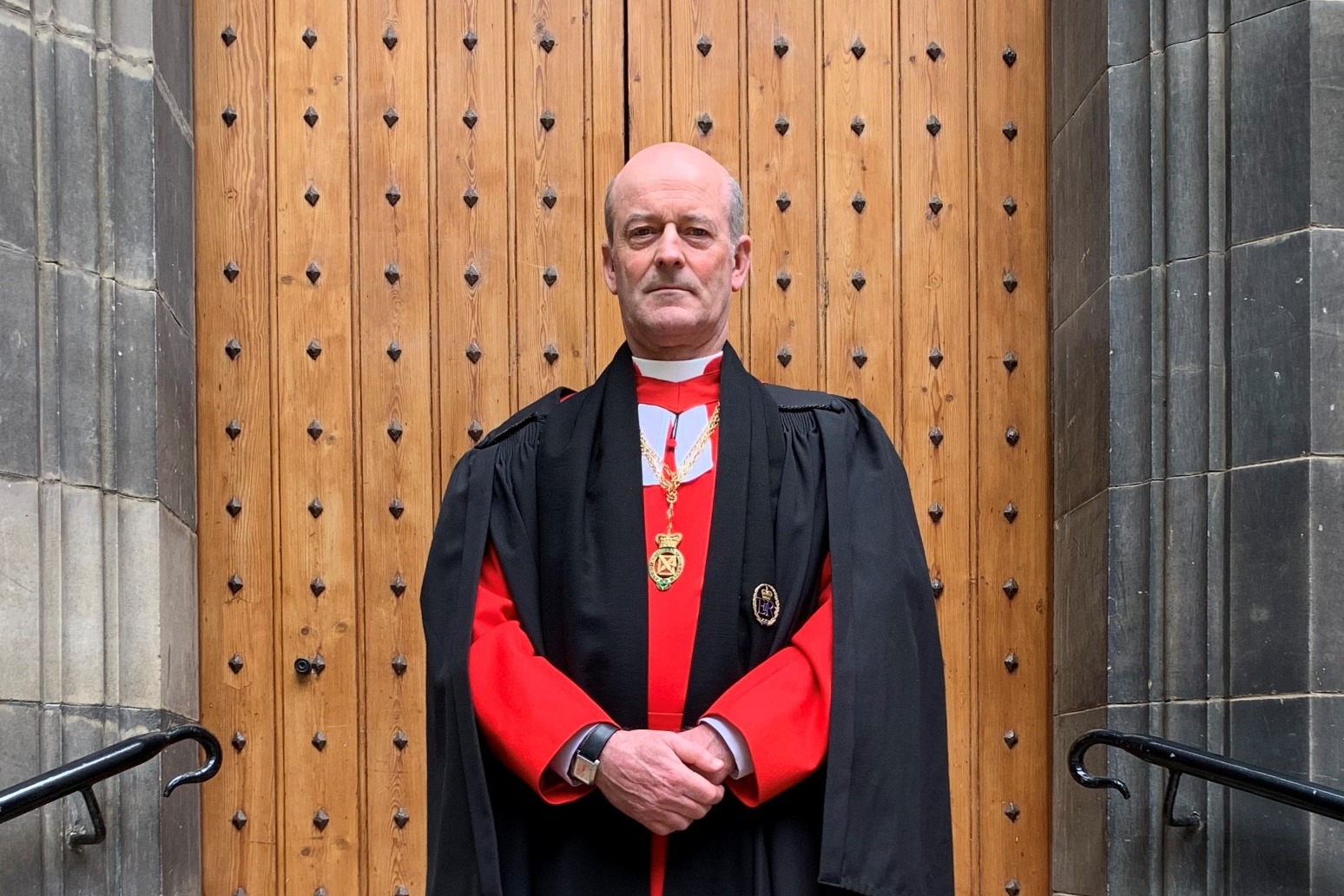 A minister who was appointed to serve as a chaplain to the Queen has spoken about her “remarkable life”.

The Very Rev Professor David Fergusson, the most senior Royal chaplain in Scotland, told of his “deep sadness” at her death.

He is the Dean of the Chapel Royal and heads the Queen’s Chaplains-in-ordinary – now King’s Chaplains – a prestigious title which dates back to the 15th century.

The role is largely ceremonial – but each of the 10 chaplains in Scotland were personally chosen by the Queen.

Speaking for the first time since the Queen’s death, the Very Rev Prof Fergusson told how her “deep conviction and Christian faith” had helped her as she “tackled the challenges of the changing times through which she lived”.

In a statement, he said: “It is with deep sadness that we have received news of the death of Queen Elizabeth II, and our first reaction is to offer prayers of thanksgiving for her life and reign and to offer prayers of comfort for those of the close family whose loss will be both personal and profound.”

He recalled how she was “catapulted” into office following the “premature death of her father”, but said that from that moment on she felt she had a “divine vocation embodying both duty to and responsibility for her people”.

“Much will be written of the highs and lows of Her Majesty’s reign but those of us in the Church of Scotland who knew something of her life and responsibilities will remember most particularly that it was as a woman of deep conviction and Christian faith that she tackled the challenges of the changing times through which she lived.

“Hers was a remarkable life which spanned her experience as a mechanic during the Second World War, her coronation, and subsequent reign.

“Living her life within the public gaze, she was the epitome of discretion, integrity and dignity, qualities that were universally recognised and admired across the nation, the Commonwealth, and the world.”

He continued: “In the Church of Scotland, we are particularly grateful for her commitment to the life of our Church both locally and nationally.

“On two occasions (1969 and 2002) Her Majesty graced the General Assembly with her presence. Every Sunday spent in Scotland, throughout her reign, she would be found in her pew at Canongate Kirk or more often in Crathie Kirk during her summers at Balmoral.

“Moderators and ministers, invited as guest preachers at Crathie, were welcomed as weekend guests at the Castle and made to feel like members of the family.

“Queen Elizabeth II, however, was more than a generous host; well briefed about her guests she took a personal interest in their stories, put her guests at ease and well-remembered their concerns.”

He went on: “The Queen may have been the Supreme Governor of the Church of England, but she considered herself fully a member of the Church of Scotland when she was resident in Scotland and her interest in the life of the Kirk never diminished.

“Her annual letters addressed to the General Assembly revealed her detailed knowledge of the work which was being done within the Church and of its wider influence in society.”

The clergyman added: “We rejoice in her life and in her reign and we give thanks for all that she has been to our Church and our nation. Today our prayers are with all of her children and their families, who with so many others mourn her passing.

“In particular we hold in our prayers King Charles who ascends the throne and assumes the mantle so impeccably upheld by his mother.”