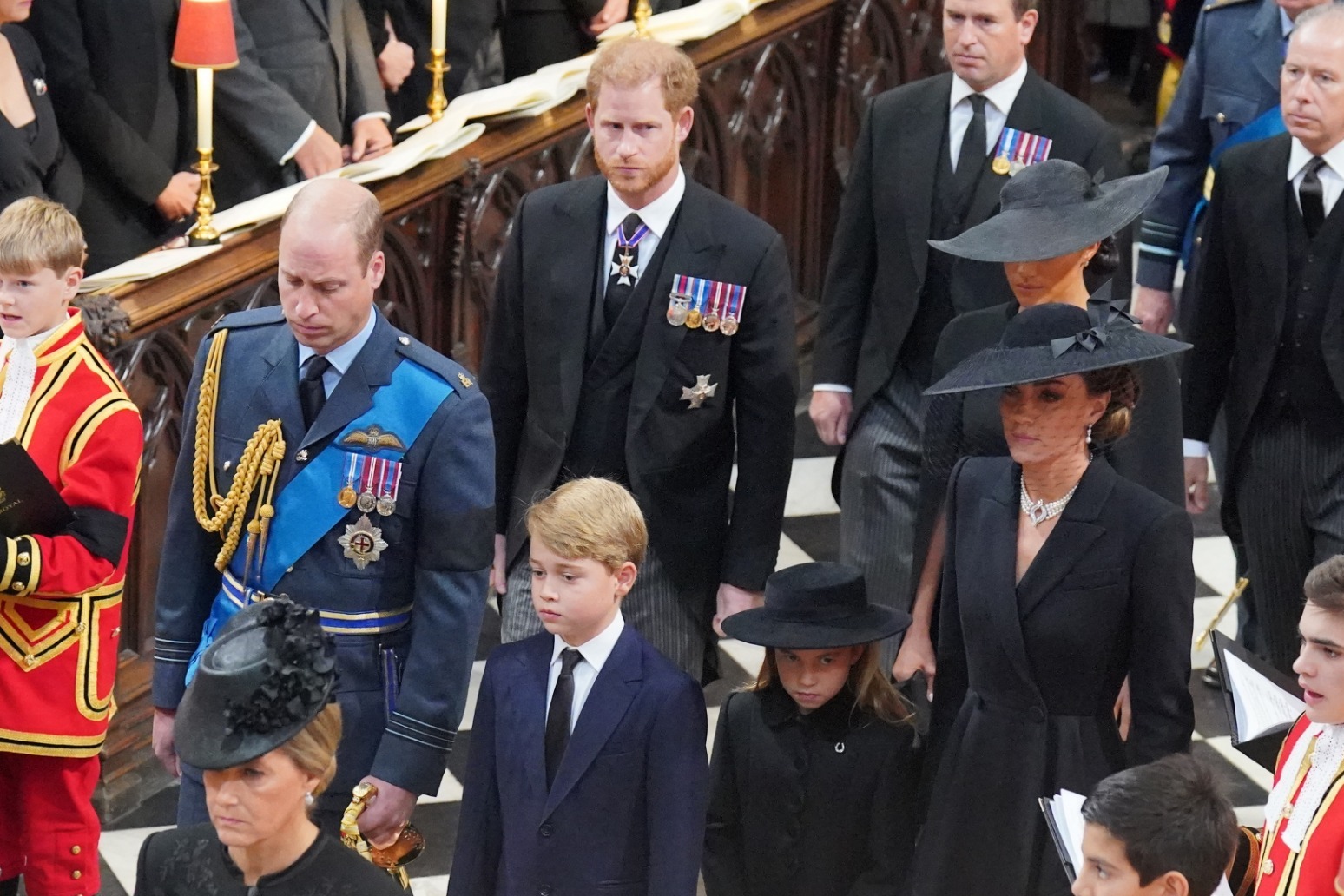 The monarchy and their households are returning to official duties as the period of royal mourning in memory of the late Queen ends.

Flags at royal residences will remain at half-mast until 8am on Tuesday, while the Prince and Princess of Wales are to visit the nation for the first time since taking up their titles.

Since the death of the Queen on September 8, the royal family has only carried out official duties where appropriate, and its members have dressed in black as a mark of respect when in public.

From Tuesday they will be able to carry out their normal official roles in full after observing the seven-day period of mourning.

William and Kate will spend the day travelling the length of Wales, first visiting Holyhead in Anglesey, North Wales, and then travelling to Swansea in South West Wales.

The royal couple had promised to visit at the earliest opportunity following the death of the Queen, and return hoping to begin “deepening the trust and respect” they have with the people of Wales.

The last official visit the pair made to Wales was as Duke and Duchess of Cambridge to Cardiff Castle in June, where rehearsals for the Platinum Jubilee concert were taking place.

Charles carried out one official engagement during royal mourning, holding a telephone audience with the Chancellor Kwasi Kwarteng on Thursday evening, the eve of his tax-cutting mini budget.

The Prince and Princess of Wales praised volunteers and operational staff they met at Windsor that day, for their efforts at events surrounding the Queen’s committal service.

The King travelled to Scotland soon after the Queen’s funeral last Monday and could remain at his home of Birkhall into early October, following the tradition set by the late monarch.

The Queen would normally spend around 10 weeks at her Scottish home during summer, returning to London around the time the autumn session of Parliament began.

Planning is likely to be under way for Charles’ coronation and Lavender Hill Magistrates’ Court in south London heard the suggestion a date has been set for the national event expected next year.