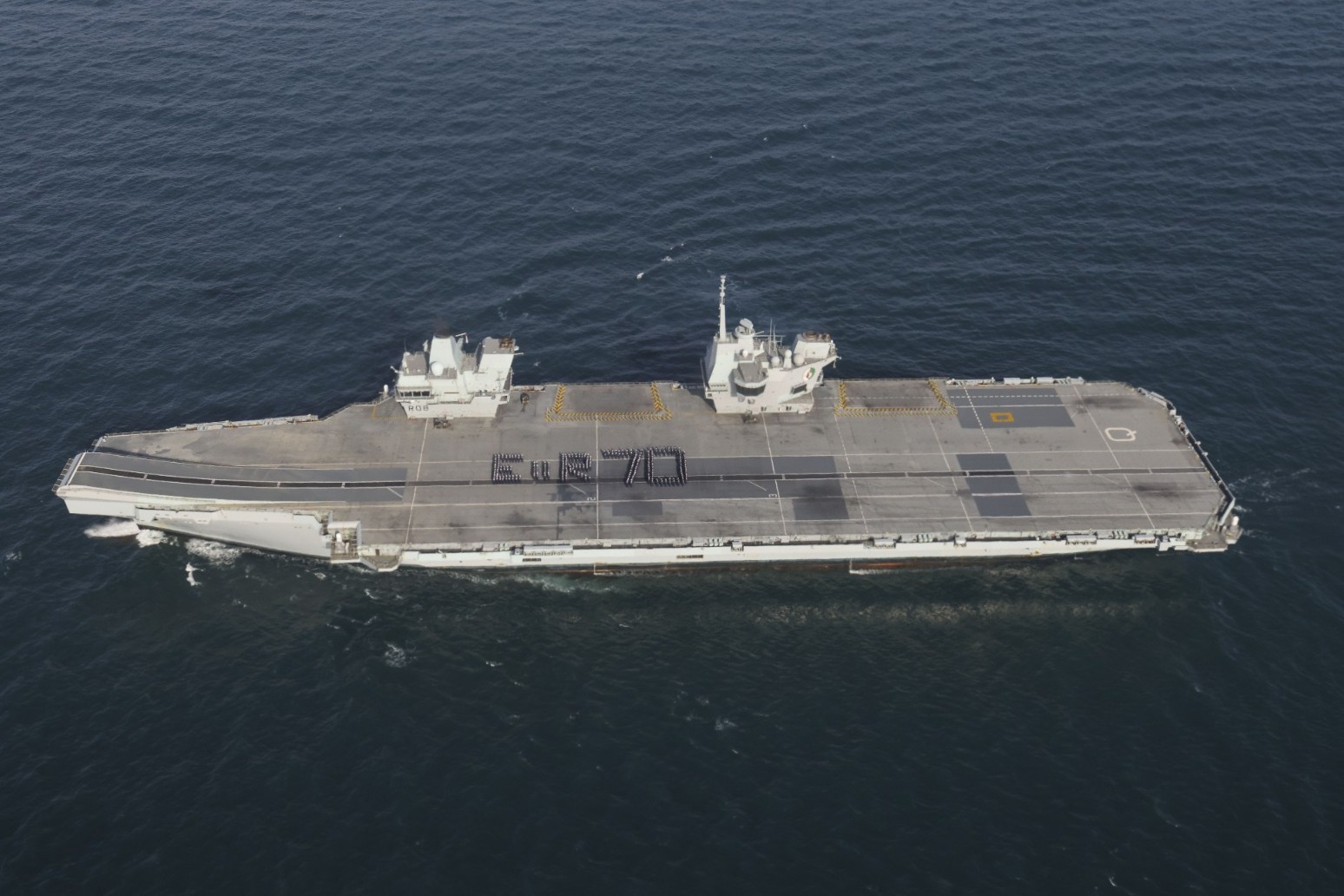 More than 300 Royal Navy sailors have spelled out a giant Platinum Jubilee greeting to the Queen on the flight deck of the aircraft carrier HMS Queen Elizabeth.

Nearly half the crew of the Navy’s flagship stood strong in bracing winds to form the tribute spelling out E II R 70 while off the south coast of England.

The Portsmouth-based carrier – formally named by the Queen in 2014 and commissioned in her presence three years later – briefly broke off from training for her autumn deployment to the Mediterranean to allow sailors to show their appreciation for the warship’s sponsor.

Captain Ian Feasey, commanding officer of the carrier, said: “From HMS Queen Elizabeth, the fleet flagship, and the wider Royal Navy, we send our best wishes to Her Majesty the Queen on the occasion of her Platinum Jubilee, celebrating 70 years of her reign.

“Each of us that has the honour to serve in HMS Queen Elizabeth takes inspiration from our sponsor, Her Majesty the Queen, who has dedicated her life to service and duty.

“These selfless qualities are central tenets of our ship’s ethos and the Royal Navy.”

Royal Navy photographer Leading Seaman Dan Rosenbaum, 42, from Hertfordshire, spent an hour above the carrier in a Merlin helicopter to capture the human-formed lettering.

He said: “There are many considerations to take into account. The larger the ship, the higher you need to be, for example. But the biggest factor is the weather.

“Wind speed is key. Because the flight deck is high above the water, the wind is much stronger. And although the flight deck team are used to that, most of the ship’s company are not, so you need calmer conditions.”

The 65,000-tonne warship returned to Portsmouth Naval Base last week after a short spell at sea, giving Capt Feasey the opportunity to present Platinum Jubilee medals to around 250 members of his ship’s company who were eligible having served their country for five years or more.