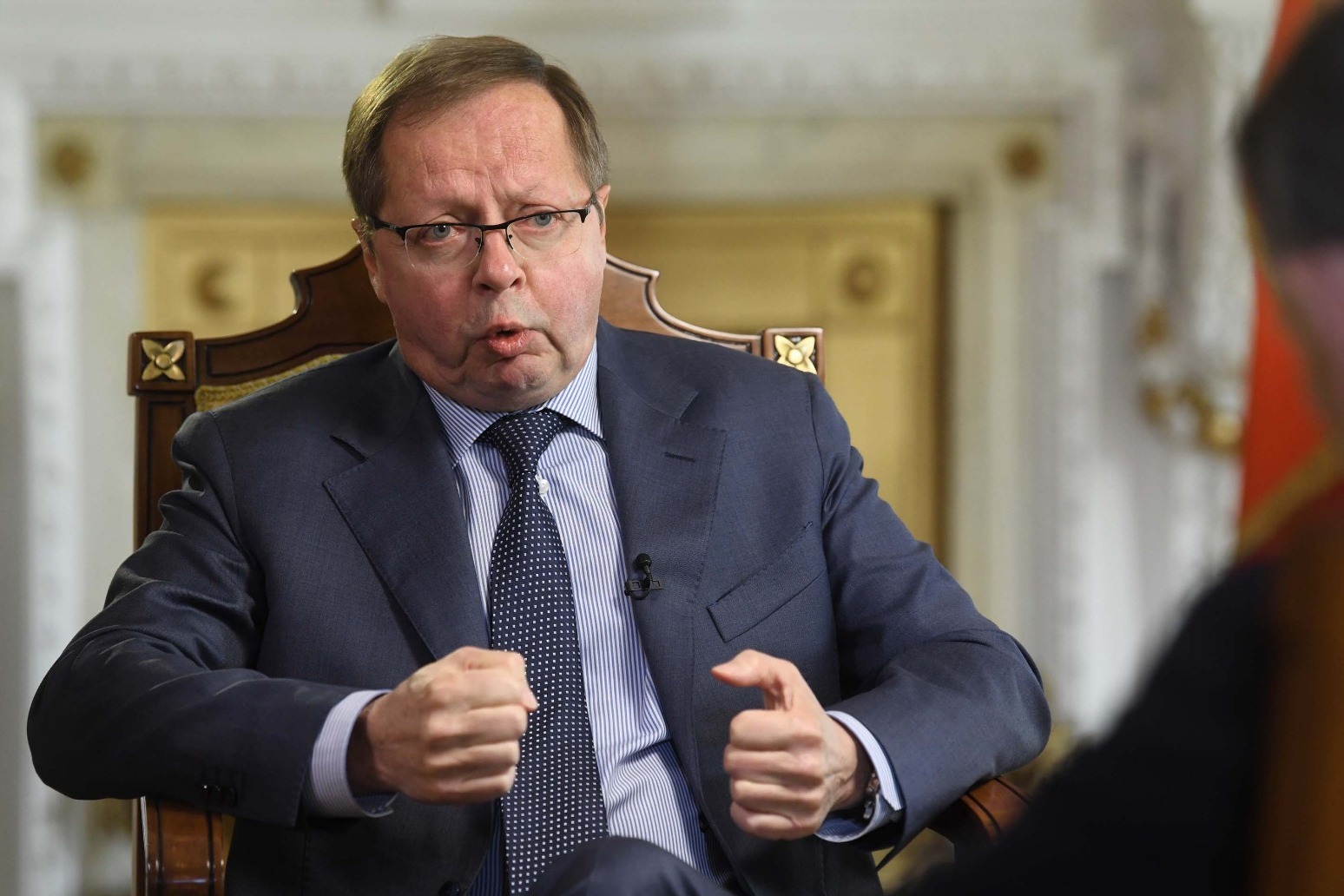 The Russian ambassador to the UK said he has not seen Foreign Secretary Dominic Raab for more than a year amid rising tensions.

It comes after Mr Raab said the UK and US were determined to stand together against what he described as Russia’s “malign behaviour” following a major cyber attack on the West.

Andrey Kelin was summoned to the Foreign Office to be told the UK will continue to work with allies “to call out and counter malign operations” by Moscow’s spies.

Speaking to the BBC’s Andrew Marr Show, Mr Kelin said: “If Dominic Raab is really seeing how Russia interferes or demolish democracy, I am ready to discuss it with him.

“But I haven’t seen Secretary Raab for more than a year.

“When I have come here a year and some months ago, I was full of aspirations that we can do better but in recent year our relations has become worse.”

The Foreign, Commonwealth and Development Office (FCDO) said it had been assessed that it was “highly likely” that Russia’s foreign intelligence agency SVR was behind the so-called SolarWinds hack.

The compromise of the SolarWinds IT services firm – discovered last December – is thought to represent one of the most serious cyber espionage attacks suffered by the US.

Russian hackers are believed to have infected its widely used Orion software with a malicious code enabling them to access the systems of at least nine US agencies and 18,000 organisations worldwide, including Nato and the European Parliament.

Mr Kelin also insisted that Russia and the Ukraine were not close to war following a build-up of Russian troops on the border, describing it as a “normal preparedness exercises”.

Speaking on imprisoned Russian opposition leader Alexei Navalny, Mr Kelin assured that the Russian government will not allow him to die in prison.

It follows Mr Navalny’s doctor warning his health was deteriorating rapidly and he was on the verge of death as he continues his hunger strike.

When asked why Mr Navalny’s personal physicians have not been allowed to see him in prison, Mr Kelin said there are “certain rules in prison”, adding: “He has got necessary medical treatment and believe me we will be able to take care of his medical treatment.”