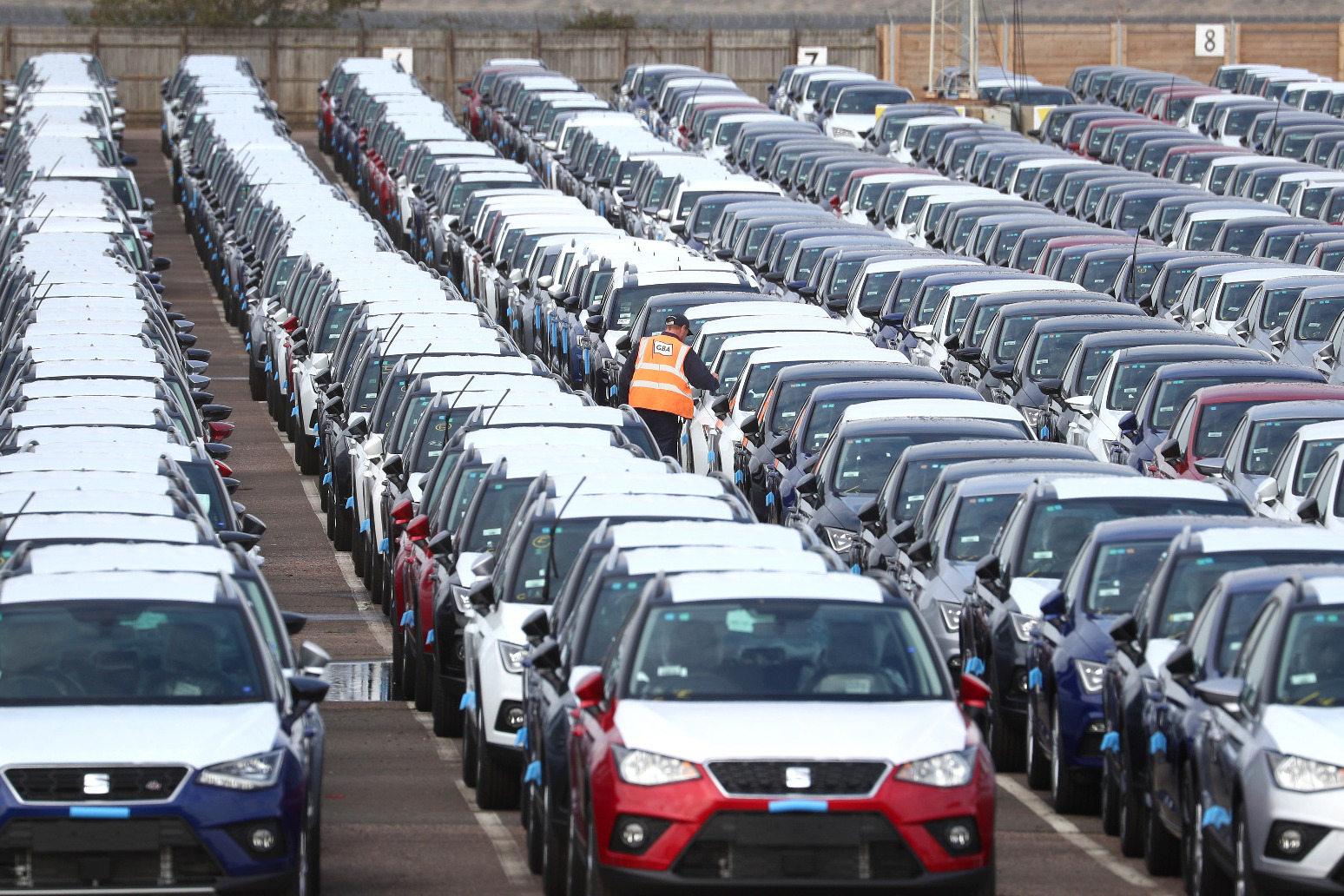 Supply shortages have been blamed for new car registrations falling to the lowest level since 1992.

Around 1.61 million new cars were registered in 2022, according to preliminary data released by the Society of Motor Manufacturers and Traders (SMMT).

That is down 2% compared with the 1.65 million registered during the previous 12 months and a quarter below pre-coronavirus levels.

The SMMT said the decline was due to manufacturers being unable to meet demand for new cars due to global supply chain issues such as semiconductor shortages, driven by coronavirus lockdowns in China.

The UK has reclaimed its position as Europe’s second largest new car market behind Germany after being overtaken by France in recent years.

Battery electric new cars took a market share of around 17% in 2022, surpassing diesel for the first time to become the second most popular powertrain after petrol.

All plug-in new cars combined – including pure electrics and plug-in hybrids – took a record market share of around 23%.

Although that was a record high, it represents a smaller year-on-year rise compared with the previous 12 months.

The new car market recorded its fifth consecutive month of year-on-year growth in December, and the SMMT anticipates that new car registrations will increase by around 15% this year.

SMMT chief executive Mike Hawes described 2022 as “a very difficult year” but insisted there are signs that supply problems are “beginning to ease”.

He said: “Manufacturers have really struggled to be able to make the vehicles in sufficient quantities, primarily due to semiconductor shortages but there are other parts shortages behind that as well.

“The complexities of global manufacturing have really been brought to bear heavily on the industry this past year.”

He went on: “The automotive market remains adrift of its pre-pandemic performance but could well buck wider economic trends by delivering significant growth in 2023.

“To secure that growth – which is increasingly zero emission growth – government must help all drivers go electric and compel others to invest more rapidly in nationwide charging infrastructure.”

Mr Hawes called for a “significant ratcheting up of investment” in electric car charging.

Sales of new petrol and diesel cars and vans in the UK will be banned from 2030.

Confirmed figures will be published by the SMMT at 9am on Thursday.