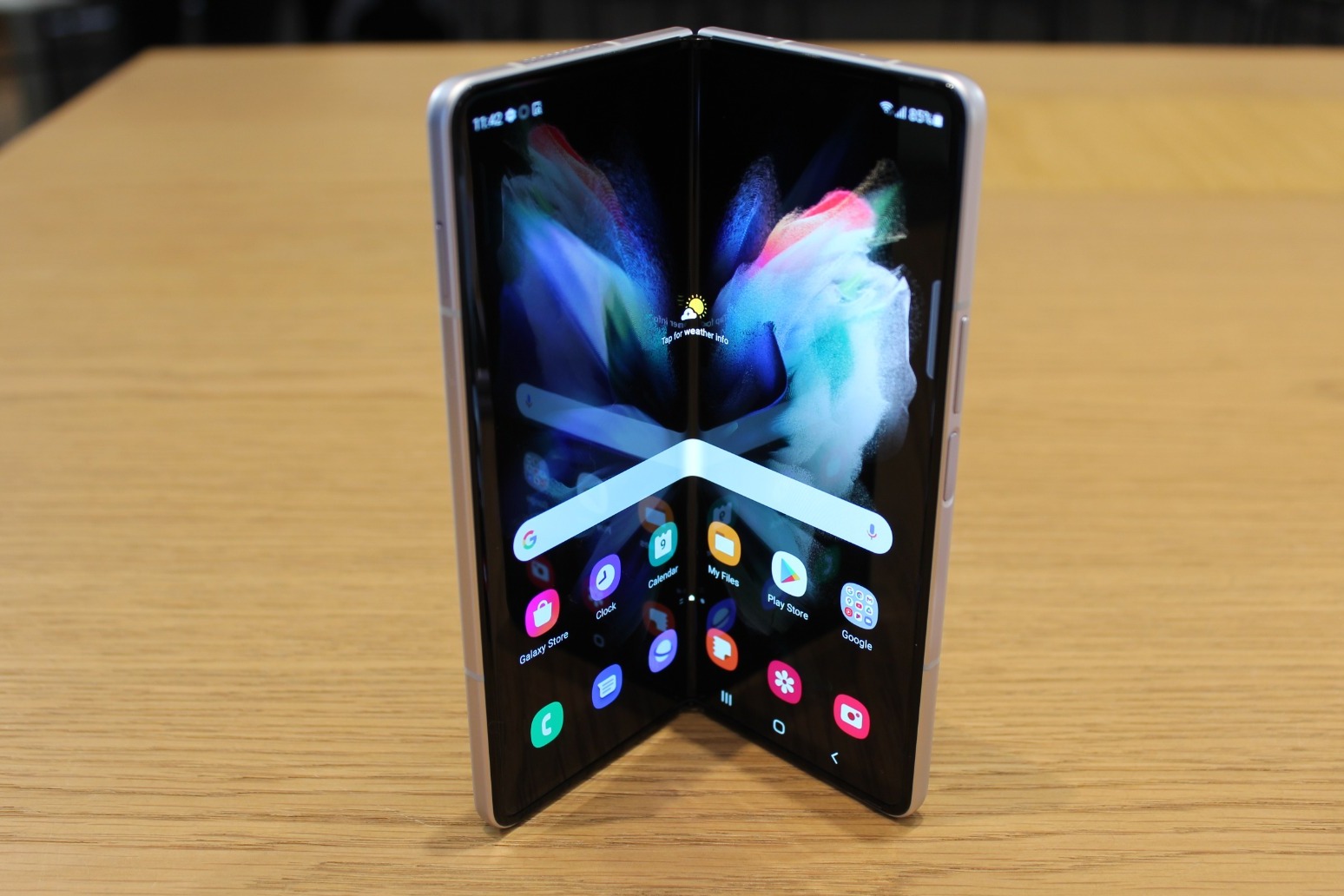 The models were unveiled at the Samsung Unpacked event.

Samsung has declared “the future is foldable” as the technology giant unveiled its latest generation of folding phones.

In a shake-up to its smartphone portfolio, the firm has opted against launching a new version of its popular Galaxy Note large-screen device this year, instead announcing the flexible-screened Galaxy Z Fold3 and Z Flip3.

Both new devices have been made water-resistant for the first time, feature stronger glass and metal frames to make them more durable and have seen their starting prices reduced as Samsung looks to make foldable devices more accessible.

The phone maker’s corporate vice president for the UK and Ireland Conor Pierce said the aim was to take folding devices “mainstream” for the first time.

Samsung introduced its first foldable in 2019, adding the clamshell-inspired Galaxy Z Flip in 2020, but so far both ranges have been seen as ultra-premium, niche devices aimed more at tech enthusiasts and early adopters.