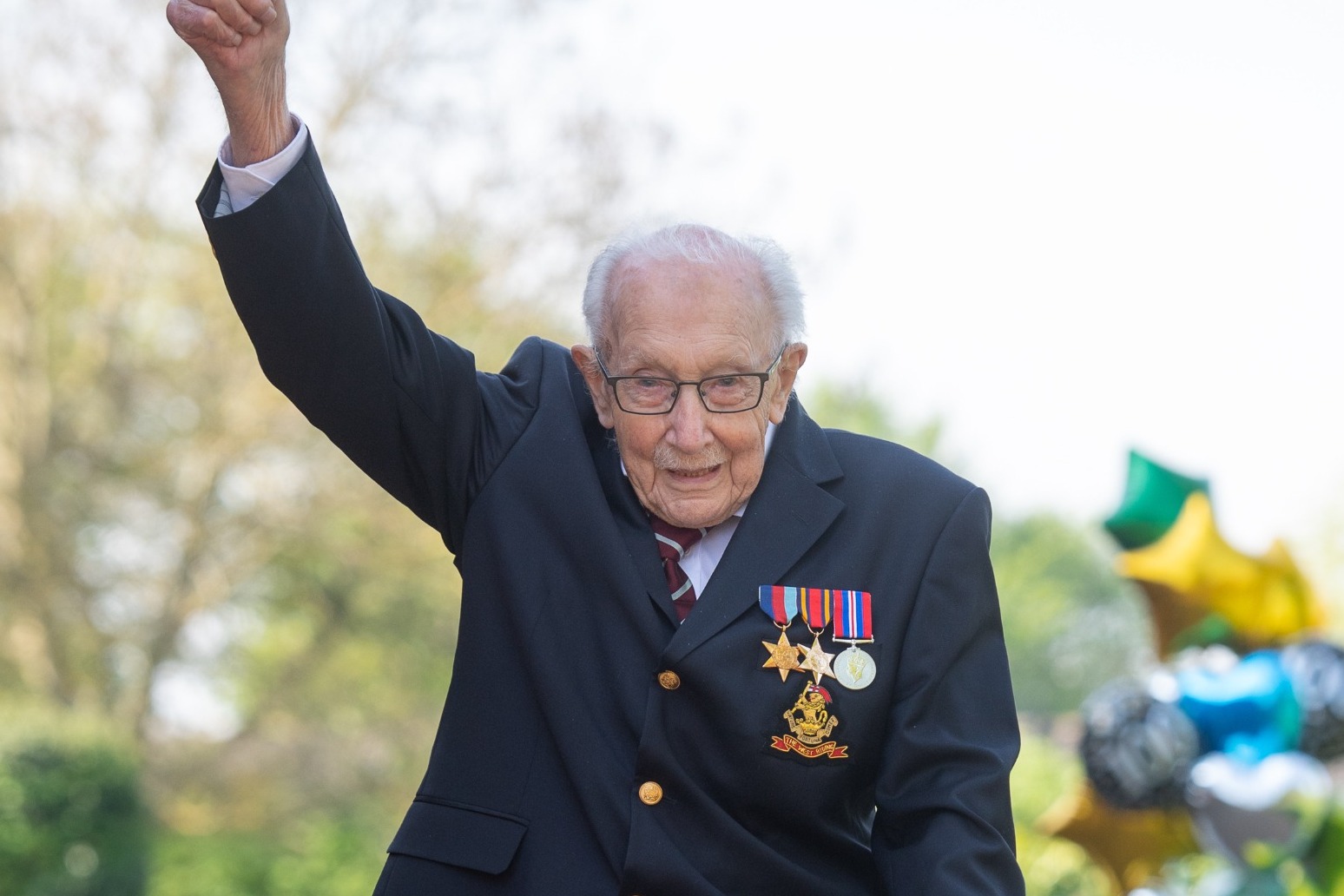 The sentencing of a man who sent an offensive message about fundraising hero Captain Sir Tom Moore has been delayed after he was led out of court by a police officer.

Joseph Kelly was set to be sentenced at Lanark Sheriff Court after he tweeted the “grossly offensive” message on February 3 last year that “the only good Brit soldier is a deed one, burn auld fella buuuuurn” – just one day after the 100-year-old died.

Moments before the 36-year-old was set to receive his sentence from Sheriff Adrian Cottam on Wednesday, he entered the court and appeared to refuse to sit down in the public gallery and looked as if he was stretching.

Kelly, of Castlemilk, Glasgow, was then taken out of the court by a police officer.

Minutes later his case was called by the clerk but Kelly did not appear. His solicitor Tony Callaghan told the court his client was unable to attend.

Sheriff Cottam delayed the sentencing for four weeks, and Kelly is now expected to appear before the court again on March 30.

Kelly was found guilty of sending the message following a trial at the court last month, with Sheriff Cottam saying his “gratuitous insult” about Sir Tom was made “with only offence in mind”.

At the time, Sheriff Cottam told Kelly: “This is a man who had become known as a national hero, who stood for the resilience of the people of a country struggling with a pandemic and the services trying to protect them.

“His statute and the view of society towards him must be looked at in that light and therefore any comment likewise.

“What the accused chose to write, when and how it was said, can only be regarded as grossly offensive.”

The charge under the Communications Act said Kelly made a post to the public using social media that was “grossly offensive or of an indecent, obscene or menacing character, and that did utter offensive remarks about Captain Sir Tom Moore, now deceased”.