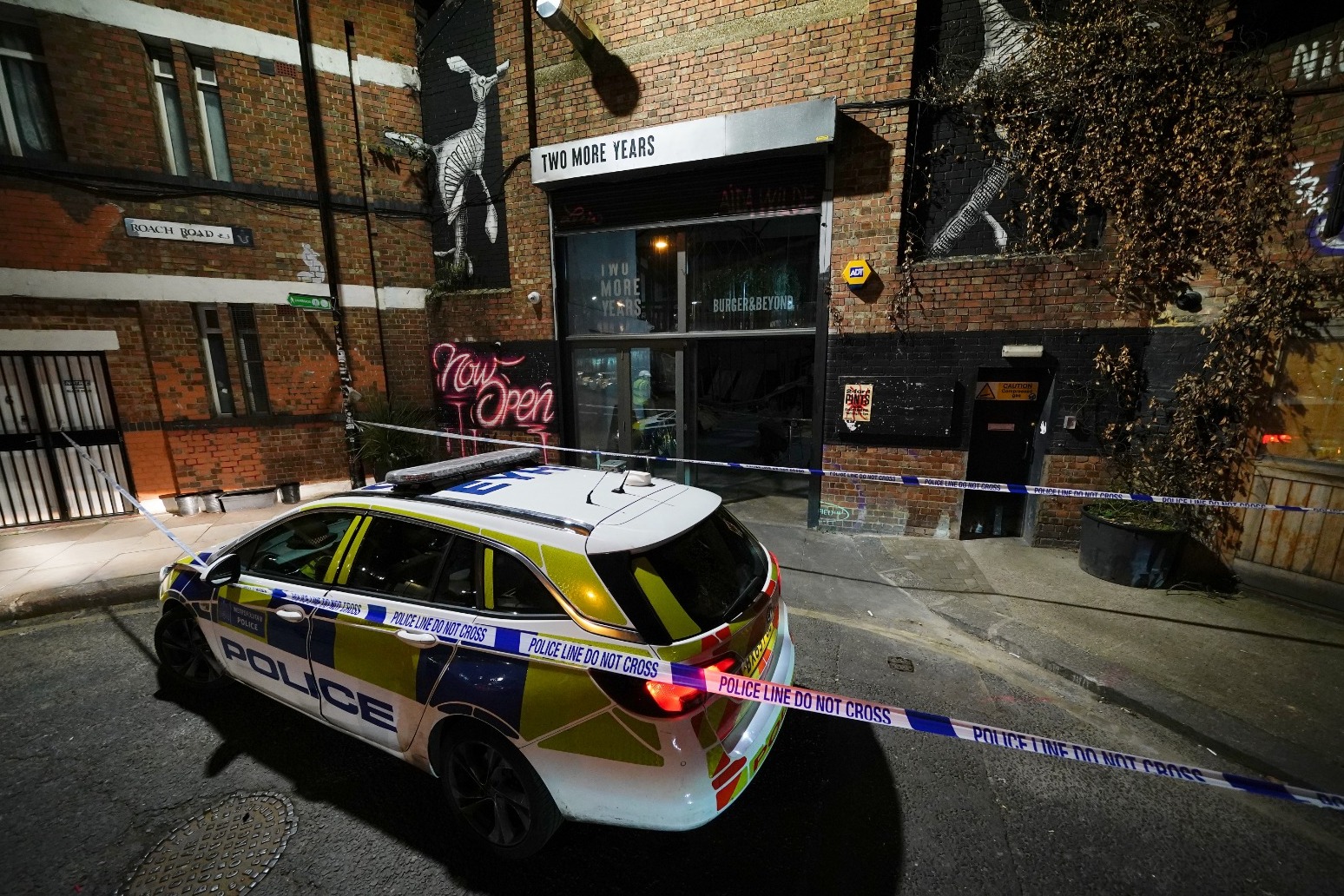 Seven people have been rescued after a mezzanine floor collapsed at a London bar and restaurant.

Four people were taken to hospitals and major trauma centres.

Brian Jordan, LAS strategic commander, said crews were called at 4.44pm to reports that part of a building had collapsed.

He said: “We declared a major incident and dispatched a number of resources to the scene.

“We worked closely with emergency services partners and treated 13 people.

“We took four people to hospitals and major trauma centres.”

A man who was in the venue at the time told the PA news agency: “There was just this sort of cracking sort of noise and dust started coming down.

“Me and my friend just ran to the side and the whole thing just came down in a matter of seconds.”

The man said it was lucky there were not more people sitting directly under the mezzanine floor that came down.

He saw one person being brought out on a stretcher and put into an ambulance, but he said most of the injured appeared to have cuts and bruises rather than anything serious.

LFB station commander Sacha Clement, who was at the scene, said: “Firefighters carried out a systematic search of the building and rescued seven people from inside.

“They were trapped on the remaining part of the mezzanine floor and crews used a ladder to bridge between the floor and the internal staircase to get them safely out of the building.

“We are working with our emergency services partners, and a number of people have been treated at the scene and taken to hospital.”

LFB said around 50 people left the building before crews arrived.

Three fire engines from Homerton, Bethnal Green and Leyton fire stations and two rescue units from East Ham and Edmonton stations were sent to the scene.

Rushanara Ali, Labour MP for Bethnal Green and Bow, tweeted: “Very concerned about the collapse of part of a building at Roach Road #fishisland.

“My thoughts are with all those affected and their loved ones. Grateful to @Ldn_Ambulance and @TowerHamletsNow emergency response services for their support at this time.”

The Metropolitan Police said they were called by the LAS at 4.47pm to reports of a partial building collapse at a pub.

A police cordon has since been lifted.