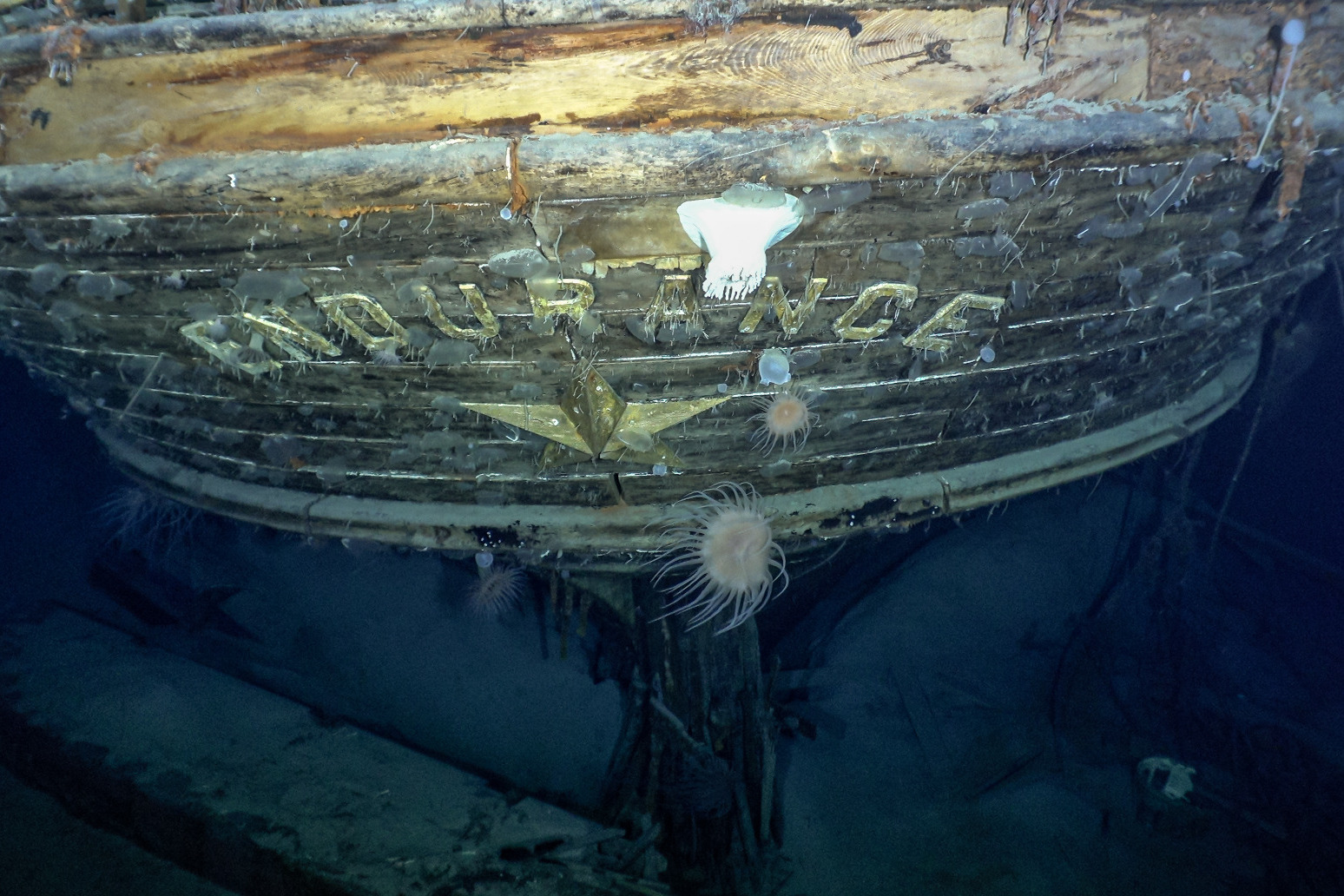 The wreck of Sir Ernest Shackleton’s ship Endurance has been found 107 years after it became trapped in sea ice and sank off the coast of Antarctica.

The wooden ship had not been seen since it went down in the Weddell Sea in 1915, and in February the Endurance22 Expedition set off from Cape Town, South Africa, a month after the 100th anniversary of Sir Ernest’s death on a mission to locate it.

The Falklands Maritime Heritage Trust said Endurance was found at a depth of 3,008 metres and approximately four miles south of the position originally recorded by the ship’s captain Frank Worsley.

The expedition’s director of exploration said footage of Endurance showed it to be intact and “by far the finest wooden shipwreck” he has seen.

Mensun Bound said: “We are overwhelmed by our good fortune in having located and captured images of Endurance.

“It is upright, well proud of the seabed, intact, and in a brilliant state of preservation. You can even see ‘Endurance’ arced across the stern, directly below the taffrail.

“This is a milestone in polar history.”

Dr John Shears, the expedition leader, said his team, which was accompanied by historian Dan Snow, had made “polar history” by completing what he called “the world’s most challenging shipwreck search”.

He said: “In addition, we have undertaken important scientific research in a part of the world that directly affects the global climate and environment.

“We have also conducted an unprecedented educational outreach programme, with live broadcasting from on board, allowing new generations from around the world to engage with Endurance22 and become inspired by the amazing stories of polar exploration, and what human beings can achieve and the obstacles they can overcome when they work together.”

Sir Ernest and his crew set out to achieve the first land crossing of Antarctica but Endurance did not reach land and became trapped in dense pack ice, forcing the 28 men on board to eventually abandon ship.

They were stuck in the ice for around 10 months, before escaping in lifeboats and on foot.

Dan Snow said on Twitter: “Endurance has been found. Discovered at 3,000 metres on 5 March 2022, 100 years to the day since Shackleton was buried.

“After weeks of searching Endurance was found within the search box conceived by Mensun Bound, only just over four miles south of the location at which its captain Frank Worsley calculated it had sunk. The entire team aboard #Endurance22 are happy and a little exhausted!

“Nothing was touched on the wreck. Nothing retrieved. It was surveyed using the latest tools and its position confirmed. It is protected by the Antarctic Treaty. Nor did we wish to tamper with it.”

He said the wreck is “coherent” and in an “astonishing state of preservation”.