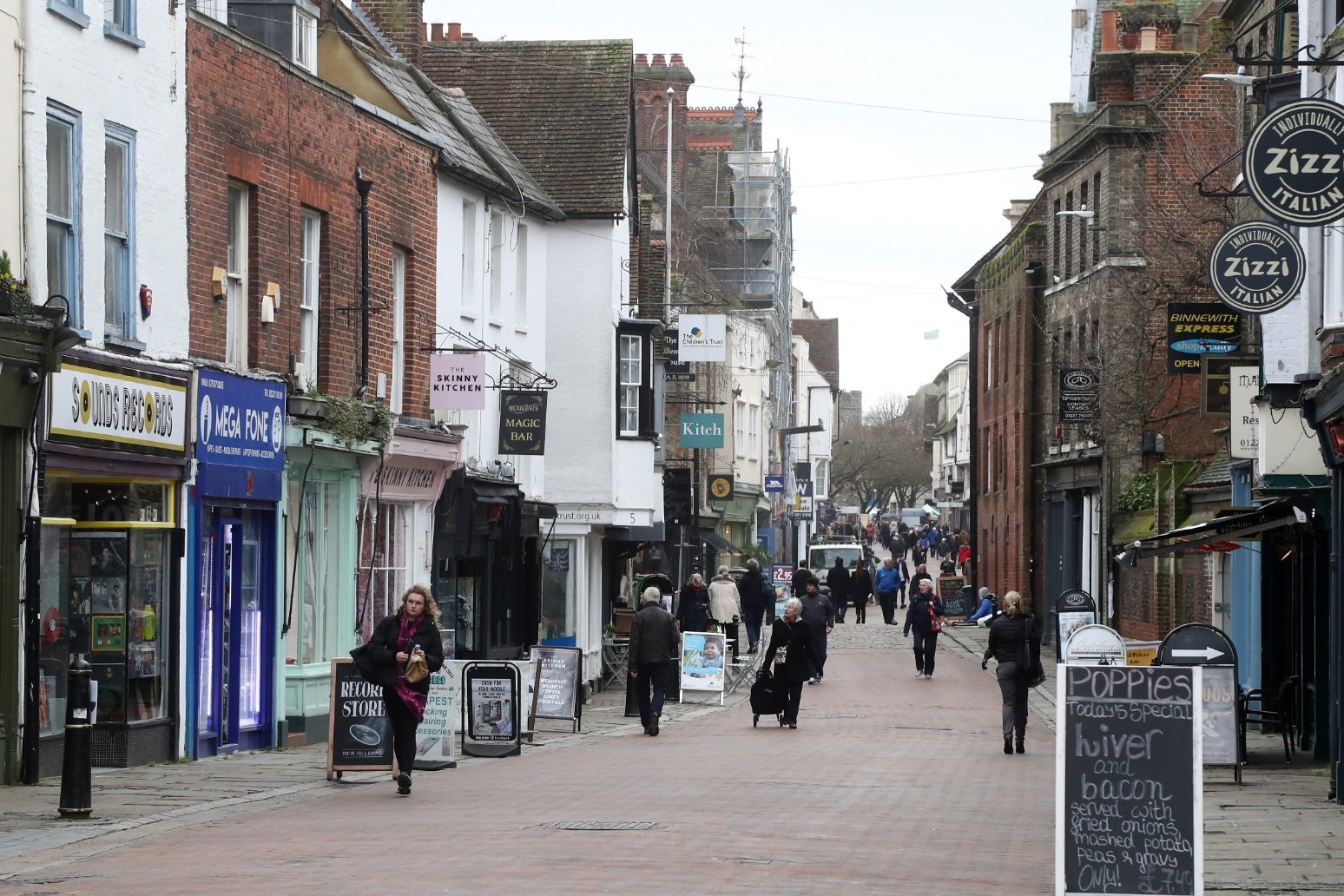 UK footfall stalled in July as record temperatures and the rising cost of living deterred people from visiting local shops.

Total UK footfall fell by 14.2% in July compared with three years previously – a timeframe to avoid pandemic disruption – making it 3.7 percentage points worse than June, according to the BRC-Sensormatic IQ Footfall Monitor.

Footfall on high streets declined by 15.9%, two percentage points worse than last month’s rate and steeper than the three-month average decline of 14.4%.

Shopping centre visits were down 24.8% on three years earlier.

British Retail Consortium chief executive Helen Dickinson said: “There was some respite in the last week of July, ahead of the Women’s Euros finals, as people stocked up on food and drink to watch the Lionesses bring footfall home.

“Meanwhile, footfall in Northern Ireland bucked the UK trend and improved slightly on the previous month.”

Andy Sumpter, from Sensormatic Solutions, said: “July delivered a smorgasbord of summer disruption for retailers, as the ongoing rail strikes derailed footfall gains and the UK’s record-breaking heatwave saw shoppers shun the shops for several days as the temperatures soared.

“Add to this the ongoing cautiousness we’re seeing among the cost-of-living consumer, it made for a bumpy month for shopper traffic performance.

“And amidst the tailwinds of economic uncertainty comes possible policy changes as the Tory leadership contest plays out.

“Retailers will be listening closely to how the next Tory leader plans to help the high street, whilst hoping shoppers vote with their feet in August.”

Fashion was the strongest performer in all but the final week of July, with this month’s result marking seventeen consecutive months of positive sales for the sector.

Sophie Michael, head of retail and wholesale at BDO, said: “Our latest results paint a reasonably positive picture of the high street given the pressures facing consumers and retailers.

“With the summer in full swing and many embarking on their holidays, it is not surprising that sectors such as fashion have seen positive results over recent weeks.

“However, as people return from their annual leave and the cost of living continues to rise, together with a backdrop of rising interest rates, it is clear that there are significant obstacles ahead.

“As we head towards further energy bill increases and another rise in interest rates, both consumers and retailers will be looking to the Government to ease cost pressures, help inspire business confidence, and lay a foundation for sustainable growth during a difficult time.”