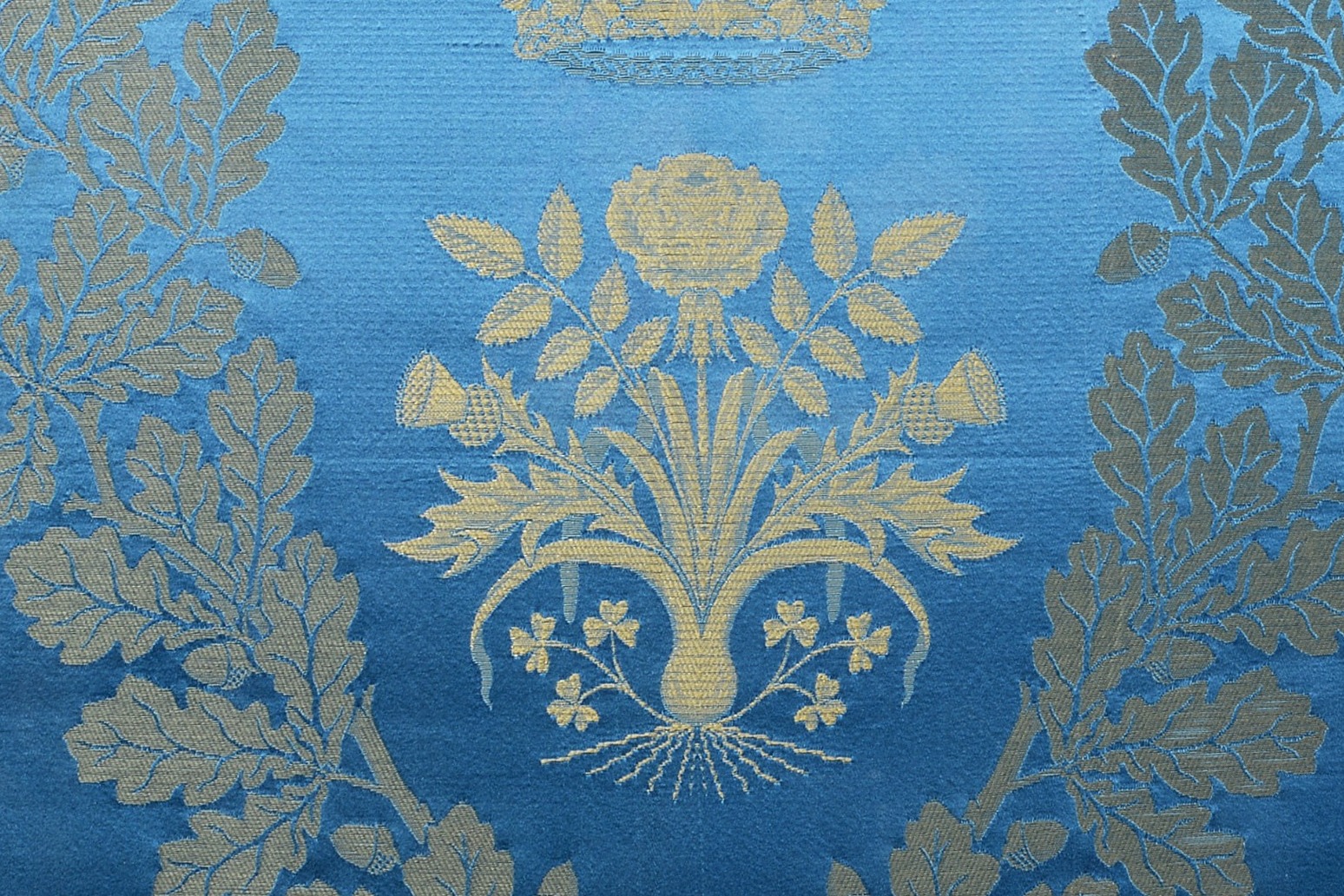 A wall hanging that adorned Westminster Abbey at the Queen’s coronation is set to go to auction on Monday ahead of the Platinum Jubilee bank holiday.

The piece, woven in the Queensway pattern in blue with gold lurex thread, is a portion of a decorative silk panel which served as a backdrop to the 1953 ceremony.

It was the first heraldic emblem of the Sovereign to show the Kingdoms of England, Scotland and Ireland, as well as the Principality of Wales.

The panel features a gold woven crown above a rose, thistle, leek and shamrock symbol within an oak leaf wreath.

Purchased by the current owner’s grandfather, it is estimated to fetch between £400 and £600 in the upcoming sale with Dreweatts on Monday.

The hanging, which is now framed and bears a handwritten label on the back, can be seen in many photographs from the Queen’s coronation.

A mahogany and brass-mounted commode that was originally owned by Queen Mary and was later in the private collection of the Queen is also going on sale and carries an estimate of £1,500-£2,500.

Silas Currie, senior valuer at Dreweatts, said: “We are honoured to offer such a rare historical souvenir, reminiscent of the very beginning of the Queen’s reign and how poignant, as we celebrate her Platinum Jubilee and her 70 years on the throne.”