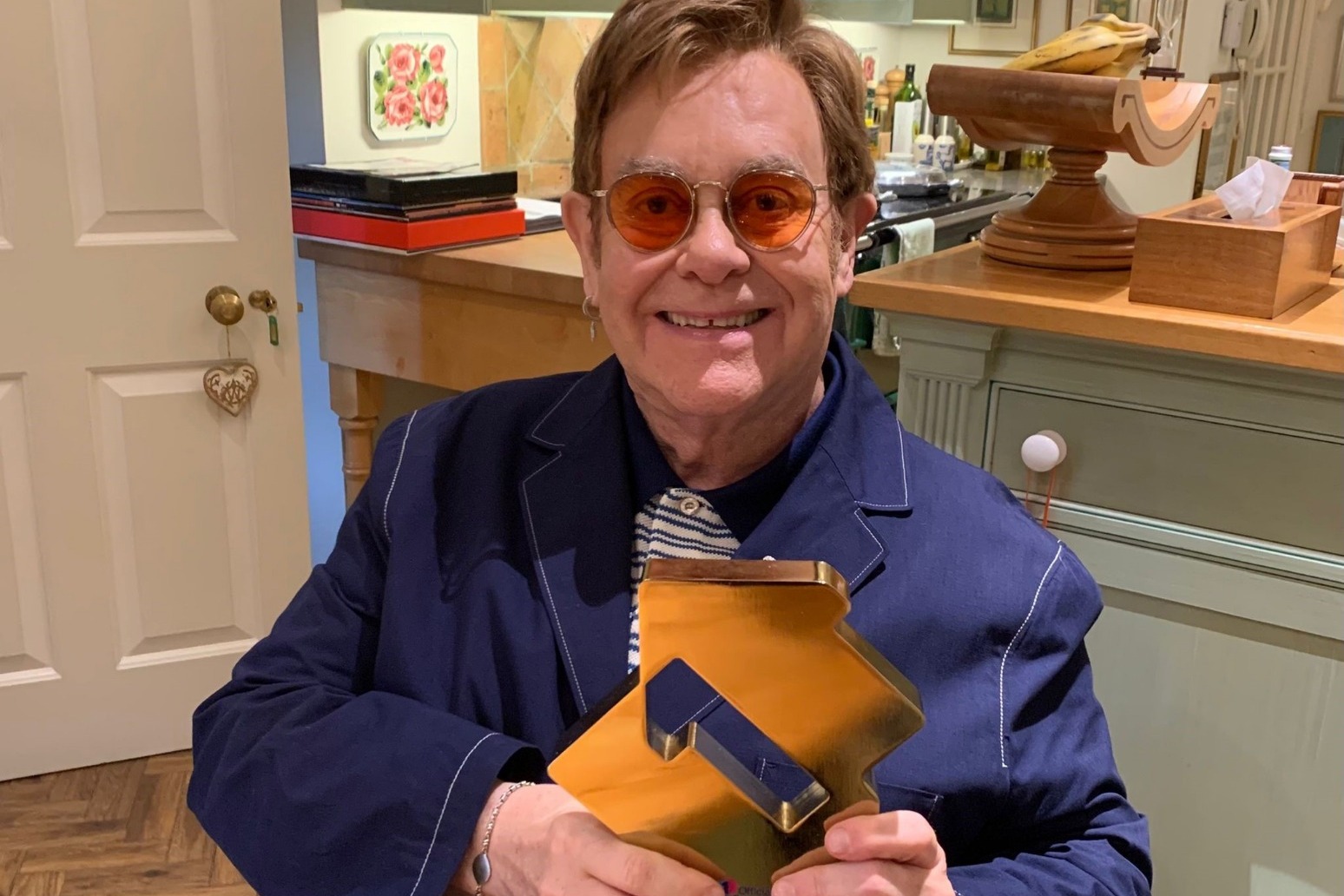 Sir Elton John has topped the UK albums chart for the first time in nine years with his new collaboration record.

The record secured more than 31,000 charts sales, 84% of which were CD and vinyl sales, according to the Official Charts Company.

This is Sir Elton’s eighth number one album, his first since 2012’s Good Morning To The Night.

The Rocketman singer’s collaboration with Dua Lipa on their track Cold Heart (Pnau Remix) also sits at number two in the UK singles chart, having previously reached the top spot earlier this month.

Biffy Clyro’s The Myth Of Happily Ever lands in fourth position while last week’s number one album, Music Of The Spheres by Coldplay, drops to number five.

The Rolling Stones’ 40th-anniversary reissue of their 1981 album Tattoo You also enters the top ten coming in at number seven.

The singer also secures a second week at number one in the UK singles chart with her comeback track Easy On Me.

Over the last seven days, the single has claimed 103,000 charts sales, including 11 million streams, which comfortably keeps the track at the top of the charts after its record-breaking debut last week.

Sir Elton and Lipa’s collaboration is followed by Ed Sheeran’s Shivers, which holds on to its third place position.