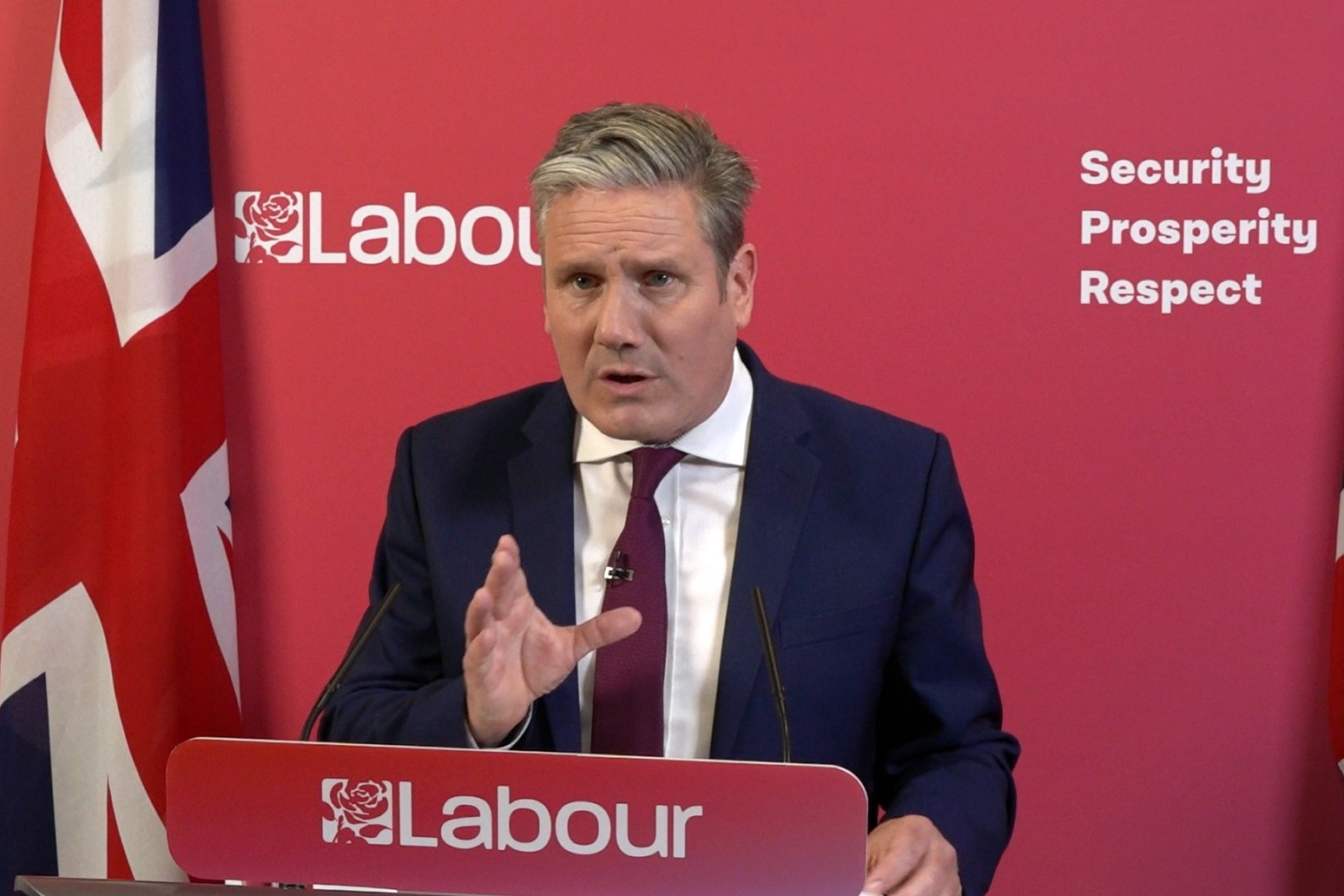 Post-Brexit arrangements for Northern Ireland are expected to dominate discussions when Sir Keir Starmer meets with Irish political leaders in Dublin on Thursday.

His first visit to Ireland while at the helm of the Opposition comes as the UK Government proposes controversial legislation to override the Northern Ireland Protocol.

Sir Keir, who will visit Belfast as part of the trip, will also meet with Irish Foreign Affairs Minister Simon Coveney and Finance Minister Paschal Donohoe.

The leader of the Irish Labour Party Ivana Bacik will also hold a meeting with Sir Keir in the Irish capital.

On Friday, the Labour leader will be in Belfast to meet political leaders in Stormont, where he is expected to call for compromise and negotiation to end the political deadlock over the return of the powersharing Executive.

Addressing business leaders on Wednesday evening, Sir Keir said: “Now is not a time for games, but for practical solutions, based on trust. And because this is how business operates, it is vital that you are round the table, and your voice is heard.”

Chamber director-general John McGrane said: “Today’s engagement with Sir Keir Starmer is extremely timely and important given the urgent need for all sides to work together and find pragmatic solutions to the Northern Ireland Protocol.

“It’s vital that politics does not get in the way.”