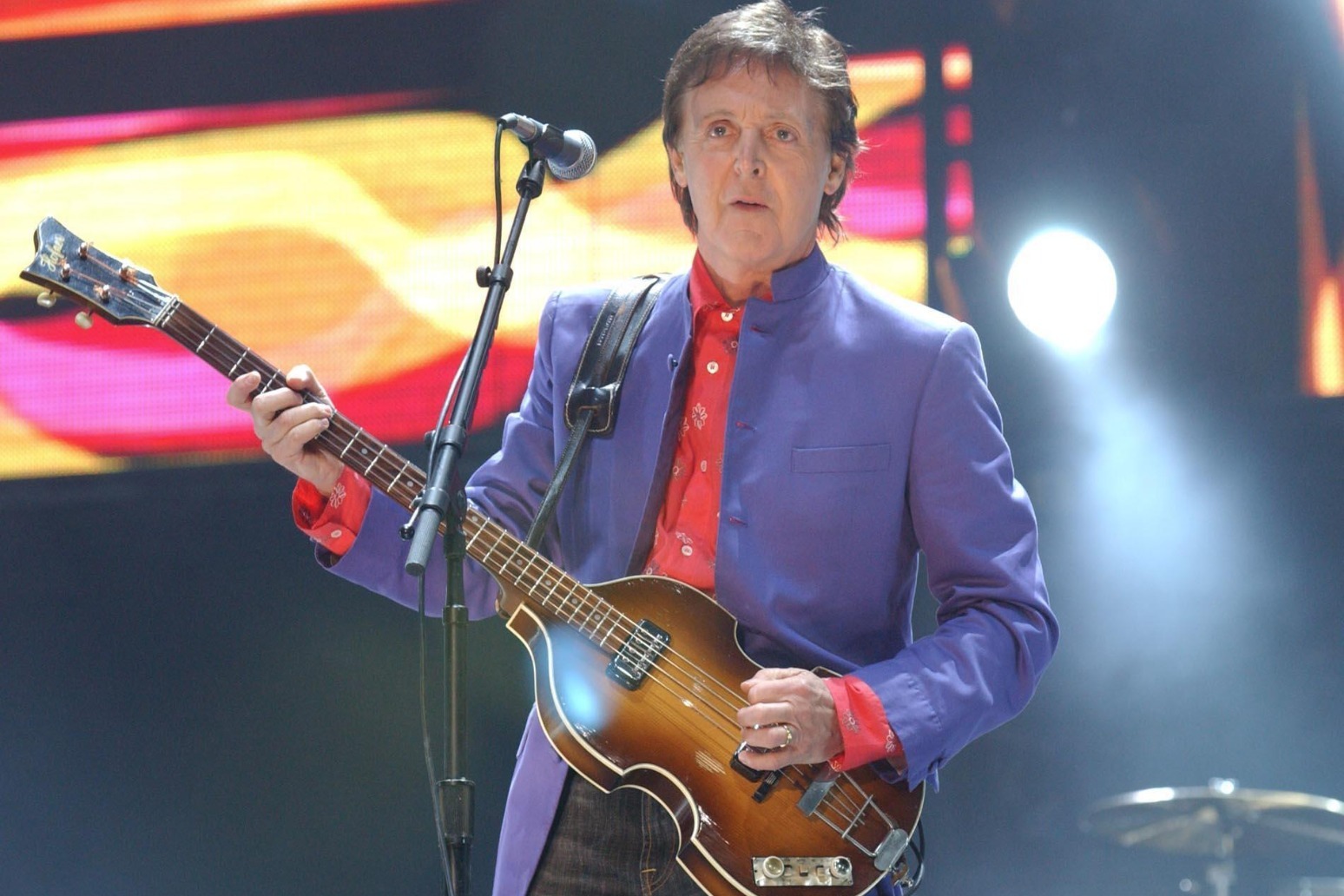 The former Beatle’s headline show on Saturday will come exactly a week after he celebrated his 80th birthday and more than 60 years of making music.

Ahead of his history-making set on the Pyramid Stage, Sir Paul delivered a surprise preview performance at an intimate venue in Frome, Somerset, where he played some of his best-known solo material.

Within the selection were hit tracks Maybe I’m Amazed and Band On The Run alongside some of the Beatles’ most loved songs including Hey Jude and Blackbird.

In recent months, Sir Paul has been performing in the US for his Got Back tour, with Jon Bon Jovi joining for his show in New Jersey.

The singer previously said that his tour and Glastonbury performance will be full of hits from his time in the Beatles and his later group Wings, as well as some of his most popular solo material.

Sir Paul’s performance is expected to attract an especially large crowd and could rival those of The Rolling Stones in 2013 and Adele in 2016.

The fourth day of the Glastonbury festival could be a case of “Here Comes The Sun”, with revellers set to enjoy a sunny day with scattered showers at Worthy Farm.

Met Office meteorologist Annie Shuttleworth told the PA news agency: “Today is going to be a breezy day with sunny spells and some scattered showers.

“The showers could be heavy at times but they should move through quickly, and it will be feeling relatively fresh compared to the first couple of days at the festival.

“A maximum temperature of 20C today.”

The Stones will spend Saturday performing to tens of thousands of fans at the British Summer Time festival in London’s Hyde Park.

There will also be musical stars across the festival’s multiple stages, with US pop star Olivia Rodrigo and rapper Megan Thee Stallion both playing on the Other Stage.

While Mercury-winner Celeste will play the West Holts Stage, with The Hoosiers headlining the Avalon Stage and Jessie Ware closing The Park Stage.

Billie Eilish gave an electrifying headline performance on the Pyramid Stage on Friday to end the first day of performances at Glastonbury.

Her appearance was a landmark moment for the festival as she became Glastonbury’s youngest ever solo headliner.

During her set, she spoke out against the US Supreme Court’s ruling on Friday to overturn the landmark 1973 Roe v Wade case that legalised abortion nationwide.

As she introduced her song Your Power seated alongside her brother and co-writer, Finneas O’Connell, she said: “The song we’re about to do is, I think, one of the favourites that we’ve written and it’s about the concept of power and how we need to always remember how not to abuse it.

“And today is a really, really dark day for women in the US. I’m just going to say that as I cannot bear to think about it any longer in this moment.”

Throughout the show, she treated the audience of adoring fans to a selection of hit songs from her two number-one albums, including Bury A Friend, When The Party’s Over, NDA and My Strange Addiction.

She gave a typically energetic performance, running and dancing across the stage, wearing a black and white graphic outfit with black striped arm-warmers and her hair in space buns.

Near the end of her set she admitted she felt “so undeserving” of this opportunity as she thanked the festival and the fans for having her.

She added: “I am so honoured to be here among all of you and all the incredible artists and the history of this festival.”

Ahead of her, Sam Fender took to the Pyramid Stage to play a selection of his popular tracks, including Seventeen Going Under, Will We Talk? and Spice, to a crowd of excited fans waving flags and singing along.

The Pyramid Stage also hosted an array of talent on Friday, including Ziggy Marley, Robert Plant and Alison Krauss, Crowded House, Rufus Wainwright and Wolf Alice – who only just made their performance after their flight from Los Angeles was cancelled.

During the day, Ukrainian president Volodymyr Zelensky spoke via a video message where he described Glastonbury as the “greatest concentration of freedom” and called for the world to “spread the truth” about Russia’s invasion of Ukraine.

Eurovision winners Kalush Orchestra also marked their first performance in the UK since their win, with a performance on Shangri-La’s Truth Stage on Friday’s bill.