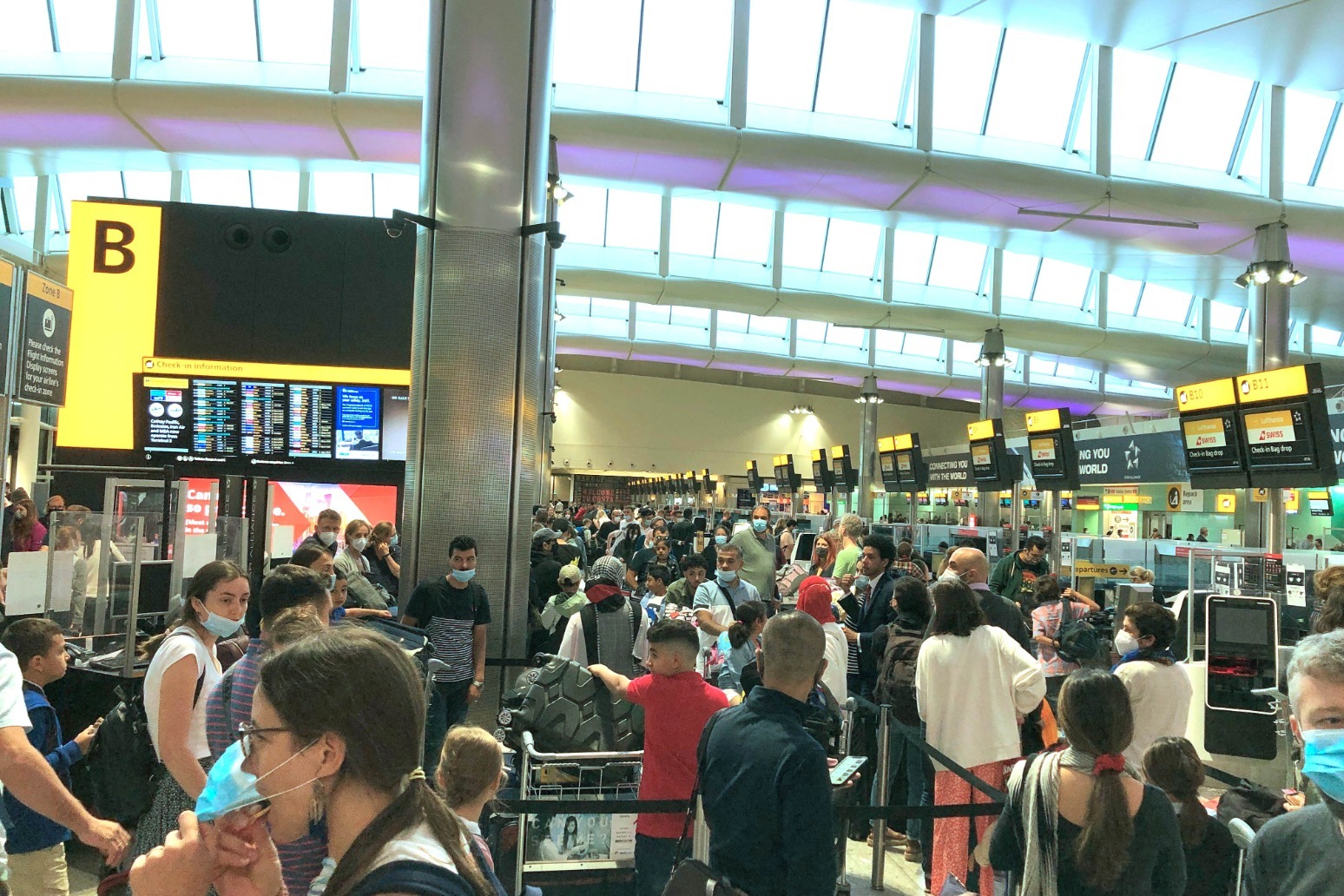 Summer holiday plans for nearly six million Britons could be ruined if Spain and Greece follow France onto the “amber plus” list requiring isolation on return, according to an analysis.

Labour said an estimated 5,857,558 people face the prospect of last-minute quarantine requirements to protect against the spread of coronavirus after booking trips over the “summer of chaos”.

The Government introduced an exemption for the requirement to isolate at home for 10 days for fully-vaccinated holidaymakers returning from countries on the amber list.

But ministers removed the exemption for France amid concerns over the Beta variant, creating what critics call an “amber plus” designation on the traffic light system for foreign travel.

There has been speculation that Greece and Spain could face the same measures as France, though the Government has not confirmed this.

Labour’s shadow transport secretary Jim McMahon said: “Not only have they failed to protect our borders, allowing Covid cases to rocket – they also refuse to be straight with the public and give them the information they need to book travel with confidence, with clear information on the direction of travel of infections in each country.

“Families who have booked holidays in good faith now risk losing out – 10-day quarantine is simply not an option for many people who are already struggling financially thanks to the pandemic.”

The opposition estimated the number of people to have booked holidays to those three nations by looking at official data for past travel and adjusting for lower willingness to travel during the pandemic by comparing with surveys.

A Department for Transport spokesman said: “The travel list allocations have not changed for Spain or Greece.

“We are closely monitoring the data and will take swift action on travel list allocations and international travel requirements should the data show that countries’ risk to England has changed.”