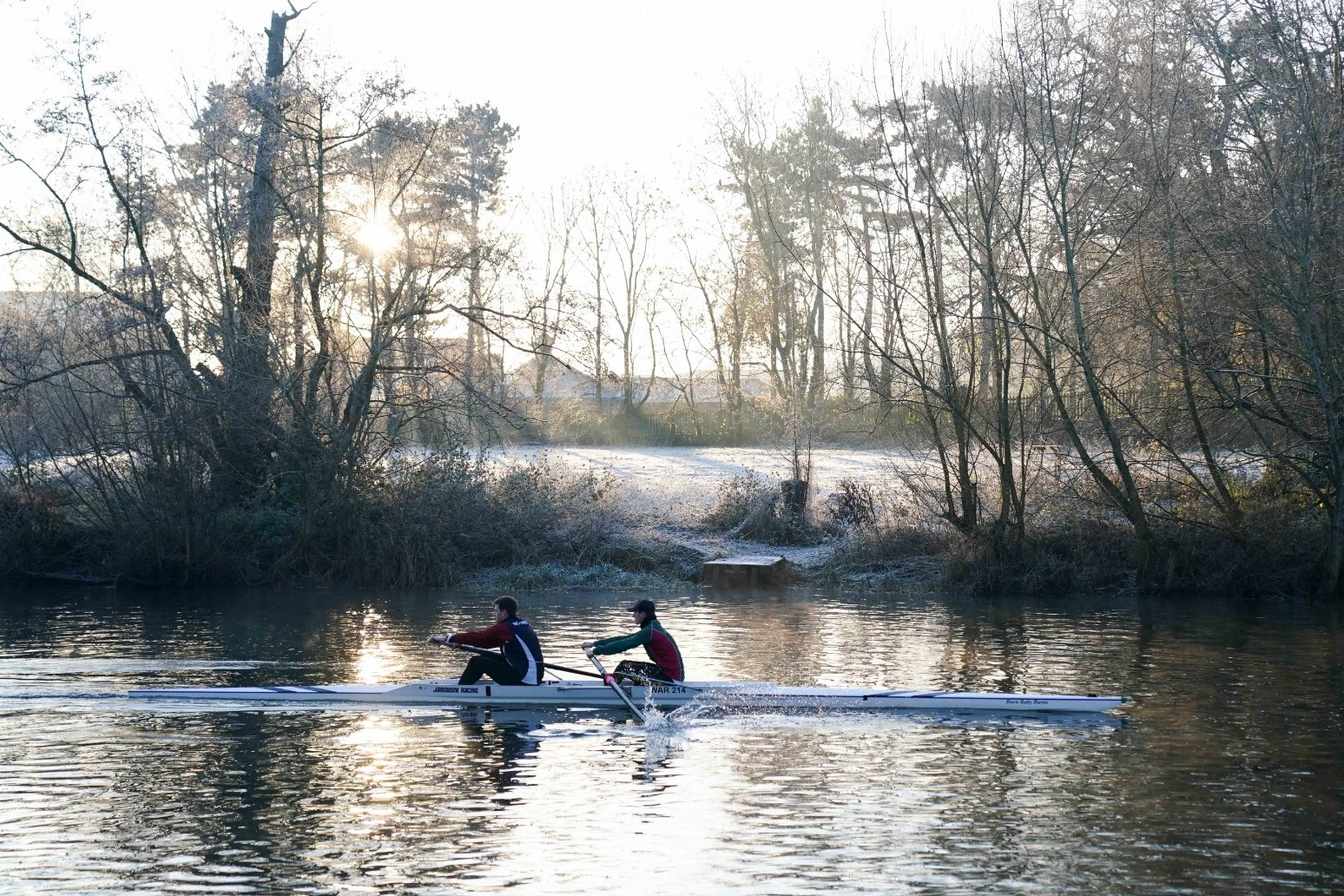 Snow has swept into parts of the UK causing disruptions to transport as forecasters warn of ongoing severe conditions over the weekend.

Snow has been falling and settling in Devon, Wales, areas of north-west England and parts of Scotland.

Manchester Airport has closed both runways due to “heavy snow”, causing disruption to more than 20 flights to and from the airport.

In a statement, the airport said: “Due to heavy snow fall, we have temporarily closed both runways. Health and safety will always be our top priority and operations will resume at the earliest opportunity.”

Meanwhile, police are also warning motorists in north-western England to take care while driving as they respond to road traffic collisions on several major roads.

“We are currently dealing with RTC’s on the M58, M62, M61 & A556. Please take care if you are heading out today and remember to allow plenty of time & drive carefully.”

A Met Office yellow warning for snow and ice is in place for much of Scotland as well as parts of Northern Ireland, Wales and south-western England until 12pm on Sunday.

On Sunday, another snow and ice warning for most of London and some of south-eastern England kicks in on Sunday at 9am for 24 hours.

The Met Office said the conditions could lead to more travel disruption, especially on Monday morning, and a small chance of some rural communities becoming cut off along with a possibility of power cuts and mobile phone coverage being affected.

Met Office chief meteorologist Dan Stroud said the weather on Saturday morning is “a continuation of the very cold and frosty theme”.

“We’re seeing a few showers chiefly in the west and north but there is a risk of organised snow arriving across the South East late on Sunday into Monday,” she said.

Mr Stroud said the snow is expected to “graze parts of Sussex and Kent”, adding: “It’s more of a risk at the moment.”

Wales may see some showers and snow is falling in the hills while Scotland’s snow is “largely light” now, Mr Stroud added.

For the rest of the UK on Saturday, there will be “a lot of dry and fine weather during the day but feeling very cold out there with temperatures struggling into low single figures,” he said.

The forecaster advised people to “stay up to date with the latest forecast forecasts, and if you are travelling, plan your route carefully, take extra cautions and give yourself extra time to travel because roads will be slippery and there will be a lot of frost around the place.”

Mr Stroud added that temperatures also plummeted over night to minus 9.2C in Eskdalemuir in Scotland.

Elsewhere, the UKHSA is advising people to look out for friends and family who are vulnerable in the cold and to ensure they have access to warm food and drinks, adding that people should maintain indoor temperatures of at least 18C (64.4F).

Dr Agostinho Sousa, consultant in public health medicine at UKHSA, said: “Cold weather can have serious consequences for health and older people and those with heart or lung conditions can be particularly at risk.

“If you have a pre-existing medical condition, you should heat your home to a temperature that is comfortable for you.

“In rooms you mostly use such as the living room or bedroom, try to heat them to at least 18C if you can. Keep your bedroom windows closed at night. Wearing several layers of clothing will keep you warmer than one thicker layer.”

He said: “National Highways is committed to treating every road which needs to be treated – whenever it is needed.”

Meanwhile, Rod Dennis, spokesperson for the RAC, has advised drivers to be alert and suggested football fans leave their cars at home and go on foot if heading out to watch England play France in the World Cup quarter-final.

He said: “The big freeze continues today and those heading out on the roads must be alert to the risk of ice, especially in the south and west of the UK which are covered by weather warnings.

“Leaving the car at home and going on foot to watch the match perhaps makes the most sense – and especially so if people are planning on drinking any alcohol while England play France.

“Yesterday was an exceptionally busy day for breakdowns, with the equivalent of around 400 drivers breaking down every hour – similar to what we’d expect on a Monday in December.”