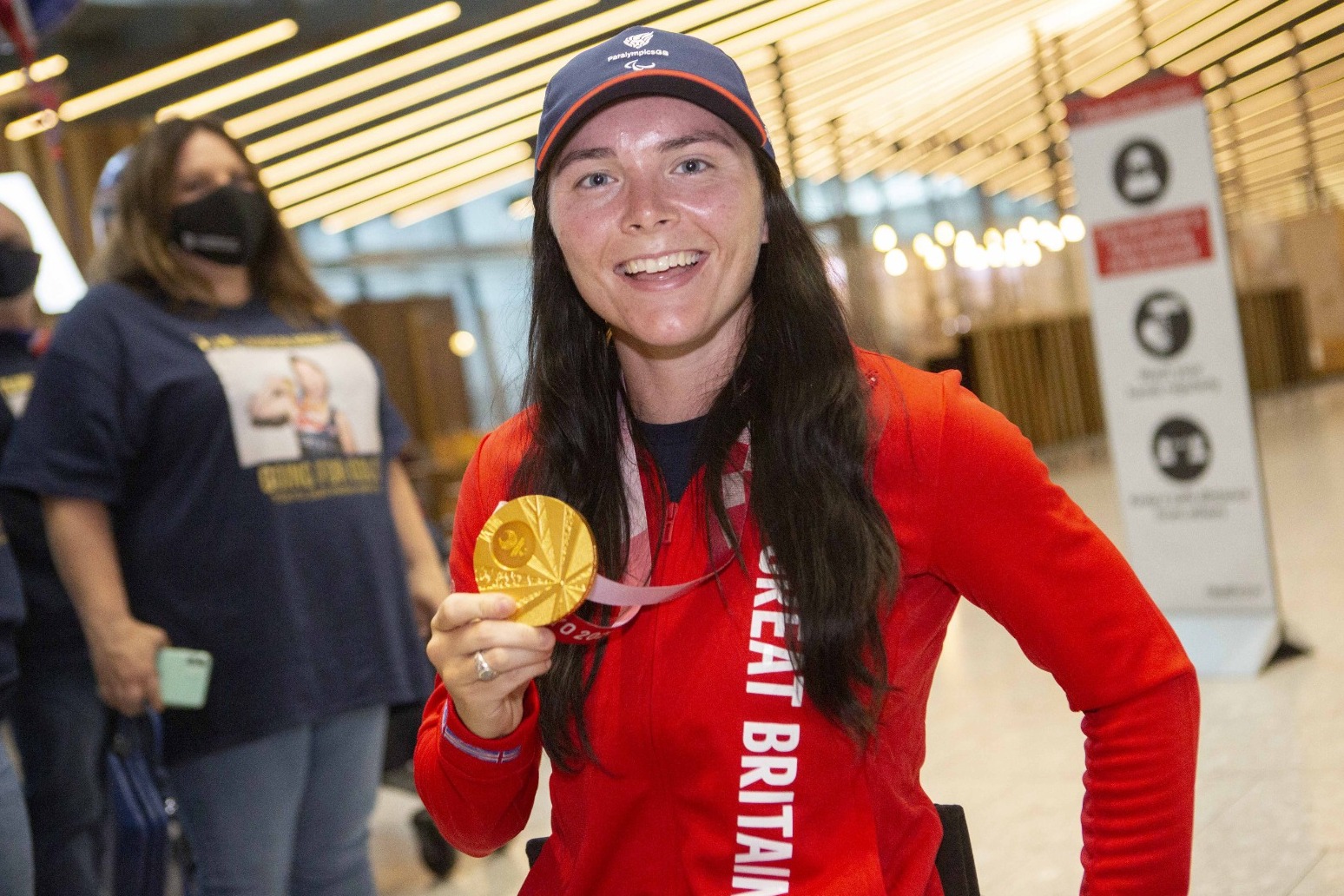 Paralympic rowing star Lauren Rowles has encouraged young girls to be themselves, after admitting the pressure she felt to conform was damaging to her mental health.

The 23-year-old, who retained her trunk-arms mixed double sculls title alongside Laurence Whiteley for Great Britain at the Paralympic Games in Tokyo last summer, has found the confidence to be her true self.

She is a proud and open member of the LGBTQ+ community, and also works to change people’s perceptions of disability after she developed transverse myelitis at the age of 13.

However, in her earlier years she admits that being a sporty girl led to her being bullied.

“I used to go round in football kit. I used to wear a low ponytail, I’d never wear anything girly, I used to wear sports kit, my Birmingham City kit mostly,” Rowles told the PA news agency in an interview to mark International Women’s Day.

Rowles, who first fell in love with football before moving on to athletics, recalls that around the age of 10 and 11 her mum encouraged her to dress differently, and to wear make-up and consider getting her ears pierced.

“She so badly wanted me not to get bullied and to fit in, and it was heart-breaking,” Rowles said.

“Then I think over my teenage years, 13 to 15, I was hyper-feminised. I wouldn’t go out the house without make-up on, I had overwhelming anxiety. I was trying to conform to what society wanted me to look like, so that I didn’t get bullied by people.

“Down the line, and obviously now in my life, I realise I didn’t feel confident and sport was the one place I felt safe.

“I could just feel confident in myself, dressed in sports gear. No one was telling me to wear make-up, look a certain way.

“Having gone through therapy and suffered with my mental health over the years, one of the reasons I struggled and still struggle to this day is because I suppressed so much of myself in my teenage years.

“Now I’m learning who I am and expressing that in my early 20s, and I think that that feels so freeing and the confidence I’ve received from that has helped me so much in my performance in sport.

“I’d say to young people – experiment with who you are, what you like and what makes you feel confident. Nothing has to be binary. You can be a girl who wears make-up and still be a sporty girl. That’s me now – I love dressing up, I love fashion, I love playing around with clothes and outfits and I love to wear make-up.

“Now I have a healthy relationship with it – I wear make-up when I want to wear make-up, but I don’t feel the need to. You can be these two personalities. People often see me outside sport and say they barely even recognise me.

Rowles says she is “harvesting her energy” with 2022 culminating in the World Championships in Racice in the Czech Republic. The target further down the line is going for gold again at the 2024 Paralympics in Paris.

While she is very much focused for now on her rowing, Rowles hopes to work with young people in sport to help them find the right balance.

“(Elite sport) can become all encompassing in your life, an injury can really feel like the end of the world. But the skills that you learn from sport are so transferable.

“Mainly everything I do in my life is using what I’ve learned to help other people. That’s where I really want to help, I don’t want people to go through the negative experiences that I’ve gone through, the lessons I’ve learned.

“We should all teach each other. The best things that I’ve been taught are from people that have gone through things themselves and have learned things and then given the wisdom to me, so it’s just passing down that wisdom all the time.”