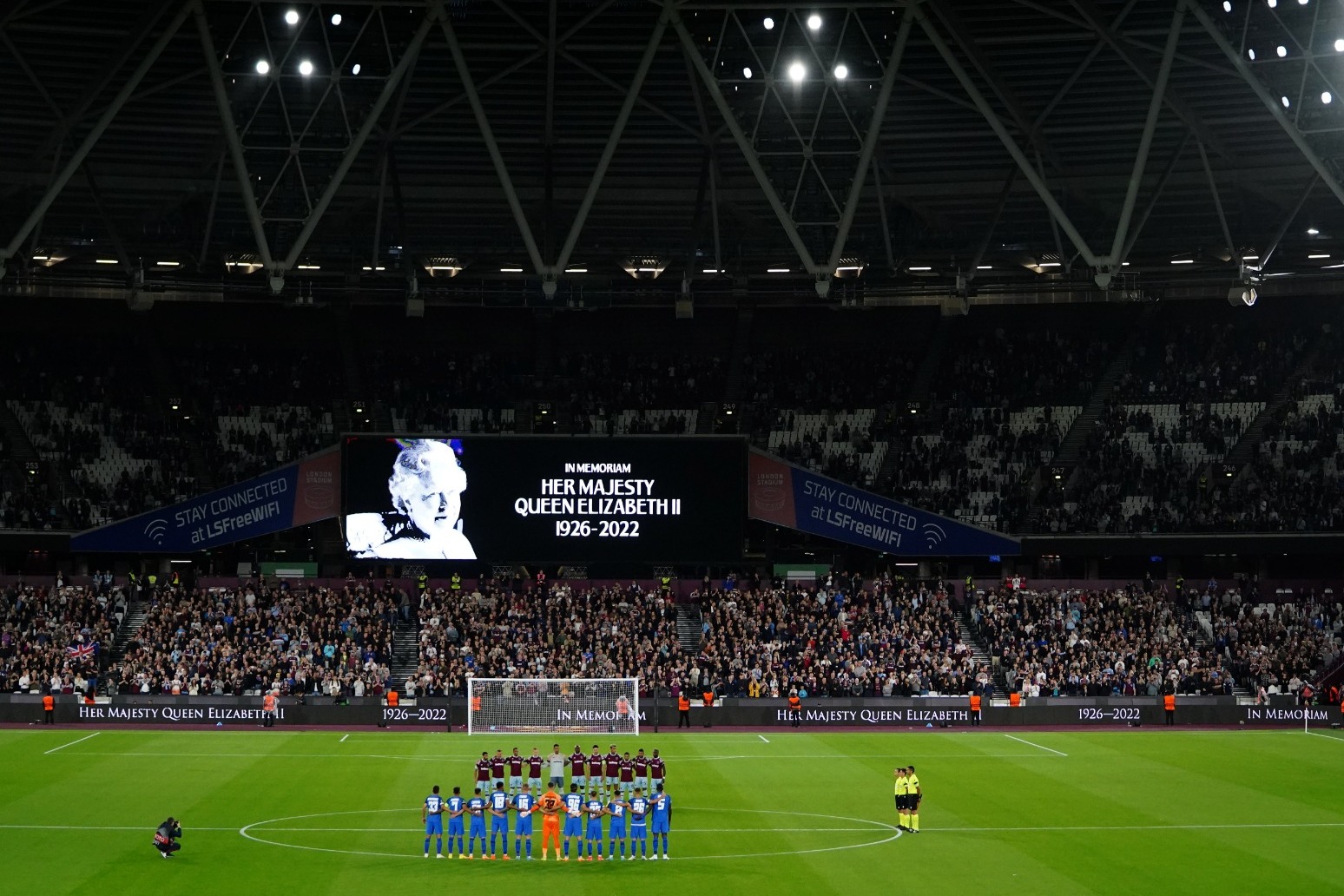 Sporting events scheduled for Friday have been cancelled as a mark of respect following the death of Her Majesty The Queen.

The death of Elizabeth II, 96, who was the nation’s longest-reigning monarch and served as head of state for more than 70 years, was announced by Buckingham Palace on Thursday,

Tributes poured in from sports governing bodies and personalities, and the England and Wales Cricket Board announced the second day’s play in the men’s Test match between England and South Africa had been cancelled.

The ECB tweeted: “Following the death of Her Majesty Queen Elizabeth II, Friday’s play between England and South Africa men at The Oval, along with all scheduled matches in the Rachael Heyhoe Flint Trophy, will not take place.

“For fixtures beyond Friday, updates will be provided in due course.”

Play at the PGA Championship golf at Wentworth was suspended on Thursday evening when the news broke, and it was later confirmed that there would be no play on Friday.

“Out of respect for Her Majesty and the Royal Family, play has been suspended at the BMW PGA Championship at Wentworth Club for the remainder of Thursday and flags at Wentworth Club will be lowered to half-mast,” a European Tour statement said.

“Furthermore, no play will take place at the BMW PGA Championship on Friday and the golf course and practice facilities will be closed.

“Further updates on the resumption of play will be provided in due course.”

“A minute’s silence will be held before kick-off which will allow the teams, match officials and everyone in attendance to pay their respects to Her Majesty, The Queen. Both teams will wear black armbands and the flags at Old Trafford will fly at half-mast as a sign of our utmost respect.”

The raucous visiting fans went silent and United supporters’ anti-Glazer chants stopped before kick-off as Old Trafford held a minute’s silence in memory of Her Majesty.

There had been no pre-match music and the digital advertising hoardings were switched off following the news that arrived as turnstiles opened to the ground. Both sets of players donned black armbands, with United manager Erik ten Hag wearing one over his suit.

The English Football League said consideration would be made regarding its fixtures at the earliest opportunity after discussions with the Government and the wider sport sector.

EFL chair Rick Parry said: “On behalf of the league and its clubs, we join the rest of the nation and people across the world in mourning the passing of our Queen, Elizabeth II.

“The thoughts of everybody at the EFL and our clubs are with the Royal Family at this sad time for our country.”

The British Olympic Association and a host of other sports governing bodies paid tribute to The Queen.

“The British Olympic Association is incredibly saddened to hear of the passing of Her Majesty The Queen in her Jubilee year,” its statement read.

“The thoughts of the entire British Olympic community are with our President HRH The Princess Royal, the Royal Family and the nation at this sad time.”