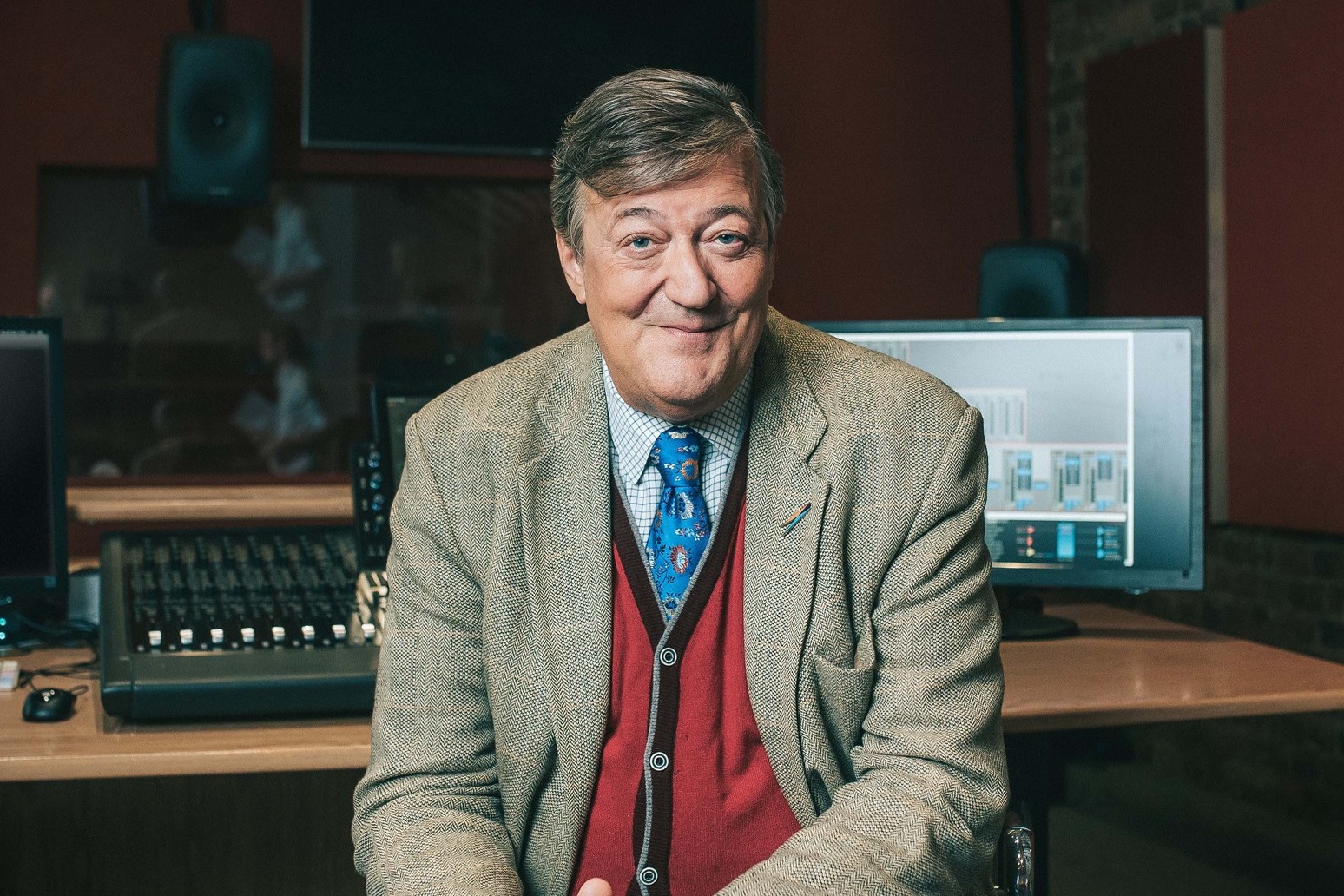 Stephen Fry will present a new documentary series covering 165 million years on Earth from the dawn of the dinosaurs to their extinction.

The four-part series, Dinosaur – with Stephen Fry, will be constructed with help from CGI experts and scientists from the Natural History Museum.

The series will be filmed in Dinosaur World, a specially created set space that allows dinosaur enthusiast Fry, 64, the freedom to move around an accurate representation of a prehistoric environment.

The production studio behind the space – who were also responsible for designing virtual studios for the Tokyo Olympics – will use cutting-edge technology, similar to that used in high-end video games, to design accurate dinosaur species to populate the Dinosaur World.

Each creature will move, walk, hunt and roar, thanks to the work of behind-the-scenes animators who will bring the creatures to life while Fry is in the studio, allowing him to see and interact with the dinosaurs.

The Dinosaur World space is designed to allow viewers to travel through different environments across the series and immerse themselves in detailed and hyper-realistic representations of the jungles of the Jurassic period and the plains of the Cretaceous period.

Each episode of the series will see a new species introduced to the world – including packs of raptors, a herd of diplodocus, and a T-rex – with Fry informing audiences about each one and revealing specialist factual content along the way.

The actor and broadcaster will also be joined by experts throughout the series who will bring further insight into the history of the prehistoric world.

In each episode viewers will also have questions, such as “how powerful was a T-rex bite?”, answered by engineers in a specially created DinoLab where myth-busting experiments will get to the bottom of the queries.

Speaking about the upcoming project, Fry said: “Dinosaurs have always been a passion of mine, so I jumped at the opportunity to lend my excitement and curiosity to immerse audiences back in time 250 million years.

“The attention to detail and technology in this series allows us to really delve deep in to some exciting new scientific discoveries about these majestic creatures.

“It is exciting to be working with Mentorn and Dock10 to bring this world to life, and Channel 5 for the very first time, as their factual landmarks are known for cutting through and resonating with new audiences across the UK.”

The programme’s launch date is yet to be confirmed.